Bob Wright, senior counsel for Friends of the River, called DWR’s failure to mention the Delta Tunnel project in the EIR as “ridiculously absurd.” 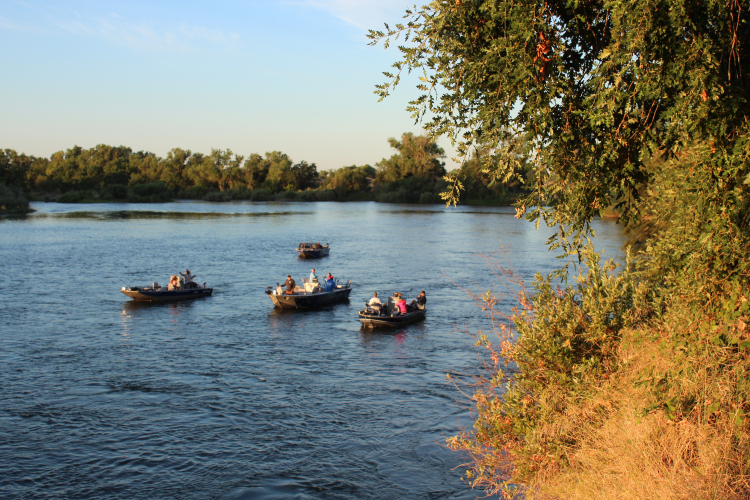 original image (5184x3456)
It seems that nobody is happy with the California Department of Resources (DWR) over its water policies this week.

Just after the state and federal water contractors sued DWR and the California Department of Fish and Wildlife over their incidental take permit for endangered species, four environmental groups on Wednesday, April 29, sued DWR in the San Francisco Superior Court over its approval of the Environmental Impact Report (EIR) for the long-term operation of the State Water Project (SWP).

The SWP is the massive system of dams, pumps and aqueducts responsible for diverting water from Northern California to Southern California and Central Valley agribusiness.

The lawsuit challenges what the groups say is the “agency’s implausible conclusion that the project, which starves the San Francisco Bay-Delta of freshwater flows and has devastated most of the Delta’s native fish populations, will have no environmental consequences.”

The groups, including the Sierra Club, Center for Biological Diversity, Restore the Delta and Planning Conservation League, say the project approval also failed to analyze the environmental impacts of building a new diversion tunnel, the Delta Tunnel, to send water south of the Delta, the largest estuary on the West Coast of the Americas.

The lawsuit states in Paragraph 2, “The operation of the Project significantly degrades environmental conditions in the Sacramento River and San Joaquin River watersheds and San Francisco Bay-Delta estuary, including reduced flows, increased salinity levels, worsened water quality, reduced food supply, increased harmful algal blooms, harm to endangered and threatened fish species, and adverse modification of their designated critical habitat. The EIR, however, implausibly concluded this massive Project will not have any significant adverse environmental impacts on anything. (EIR 5-1, Master Response (to comments) 3 at p.II.1.3-7; Findings, pp. 2, 6, 9, 12,17,19.) The EIR concluded “the proposed project does not result in significant effects, thus the need to lessen does not exist.” (EIR 5-1.)

Paragraph 66 of the document also points out, “The Draft EIR failed to even mention or disclose let alone analyze the ongoing One- Tunnel Delta Conveyance Project.”

That paragraph also alleges that the Draft EIR included “affirmative misrepresentations” that “The Proposed Project would not include any of the following:

New construction of water facilities, infrastructure, or other land disturbance Construction of new facilities or modification to existing facilities that could increase the capacity of the SWP (Draft EIR 4-321.)

Reclamation and DWR propose to use the Sacramento River, San Joaquin River, and Delta channels to transport water to export pumping plants located in the South Delta. (Draft EIR 3-30.)

DWR’s deception included omitting the One-Tunnel Delta Conveyance Project from its list of more than 40 cumulative water supply, management, and quality projects and actions in the Draft EIR.”

Bob Wright, senior counsel for Friends of the River, called DWR’s failure to mention the Delta Tunnel project in the EIR as “ridiculously absurd.”

“DWR closed the public comment period for EIR on January 6. Then on January 15 they issued a notice of preparation on the single tunnel project. Yet DWR claims that the Delta Tunnel project was not reasonably foreseeable in its EIR,” noted Wright.

Wright also noted that the Delta Conveyance Authority has also spent $300 million since May of 2019 on the engineering and design for the project — at the same time that DWR failed to mention the project in the Environmental Impact Report.

Representatives of the Sierra Club California and Center for Biological Diversity also commented on the absurdity of the separation of the long-term operation of the State Water Project from the operation of Delta Conveyance.

“It’s time for the state to be honest about the damage being done to the Delta ecosystem and our native fish by the unsustainable water diversions of the State Water Project,” said Jeff Miller, a senior conservation advocate at the Center for Biological Diversity. “We need increased freshwater flows to restore the Delta. The Department of Water Resources can’t pretend that diverting even more water under this project would be benign.”

In 2019 Governor Gavin Newsom announced that he was abandoning the California WaterFix, a massive and enormously expensive project that would have created two 35-mile long, 40-foot wide tunnels to carry water south without passing through the Delta and nourishing its ecosystems, according to the groups.

“Salmon, Delta smelt, farmers and towns all depend on the continued flow of fresh water into the Delta,” said Barbara Barrigan-Parrilla with Restore the Delta. “The state’s long-term plan for running the State Water Project just hides its determination to close the spigot.”

In addition to the Delta Tunnel and an Environmental Impact Report (EIR) that increases water exports for the state and federal projects rather than reducing them, the Newsom Administration has been promoting other water plans that pose a big threat to endangered smelt, salmon and other fish species, including the agribusiness-sponsored voluntary water agreements and a controversial water portfolio that includes fast tracking the Sites Reservoir.

It is not surprising that Governor Newsom received a total of $755,198 in donations from agribusiness interests that will benefit from these plans, based on the latest data from http://www.followthemoney.org. That figure includes $116,800 from Beverly Hills agribusiness tycoons Stewart and Lynda Resnick, the largest orchard fruit growers in the world and the sponsors of the Coalition for a Sustainable Delta.