Add an Event
Newswire
Calendar
Features
Home
Donate
From the Open-Publishing Calendar
From the Open-Publishing Newswire
Indybay Feature
Related Categories: Central Valley | Environment & Forest Defense | Government & Elections
Fishing and environmental groups ask court to block Trump's salmon killing water plan
by Dan Bacher
Friday Mar 13th, 2020 5:10 PM
After all of that, the federal fish and wildlife agencies state the new water diversion and pumping rules are “not likely to jeopardize the continued existence of any endangered species or threatened species or result in the destruction or adverse modification of habitat of such species.” 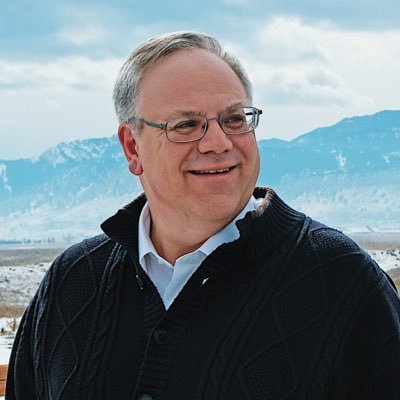 San Francisco  --  The Golden State Salmon Association (GSSA) and other fishing and environmental groups have requested a federal court to immediately block a new Trump water diversion and pumping plan because of the “imminent harm” they say it threatens salmon with.

The groups filed a motion for preliminary injunction on March 5, according to a news release from the GSSA.

“The Trump plan calls for boosting water diversions from salmon rivers in northern California and the Delta by 600,000 to 1 million acre feet at a time when the state and multiple scientific agencies have documented the need to reduce such diversions and leave more water in the rivers to maintain salmon and other native wildlife,” said GSSA.

National Marine Fisheries Service (NMFS) scientists in July 2019 rejected the pumping and diversion plan because of the harm it would do to salmon, steelhead, Delta smelt and other fish speccies.

Later, under political pressure from the Trump administration, NMFS officials refused to heed the best available science of their scientists, reversed course and approved a “no jeopardy,” biological opinion, or biop, that said the plan was “not likely” to jeopardize the existence of imperiled fish species.

“The fishing and conservation groups presented evidence to the court that the US Fish and Wildlife Service and the National Marine Fisheries Service have previously found that the protected fish populations have been precipitously declining; that federal water project operations have significant, adverse effects on these imperiled populations; and that existing protections need to be increased to avoid further jeopardizing the species,” GSSA said.

After all of that, the federal fish and wildlife agencies state the new water diversion and pumping rules are “not likely to jeopardize the continued existence of any endangered species or threatened species or result in the destruction or adverse modification of habitat of such species.”

“There are federal laws which forbid federal agencies from taking actions deemed arbitrary and capricious,” said John McManus, president of the Golden State Salmon Association.  “We need the court to act quickly to protect the jobs and communities in California that are dependent on salmon.”

NMFS admits that the federal water rules will result in reductions in the survival and productivity of all CV (Central Valley) Chinook salmon populations (including fall-run and late fall-run Chinook salmon), said McManus.

The motion filed by the fishing and conservation groups says, “In short, NMFS’s no jeopardy conclusion is irreconcilable with its findings regarding the imperiled state of the Chinook salmon species and the Central Valley steelhead, as well as the abundant evidence that even the protections that existed under the prior 2009 Biological Opinion were not adequate to provide the conditions needed to prevent extinction. A species on the brink of extinction will be further jeopardized by additional reductions in survival and productivity.”

The fishing and conservation groups argue the federal plan “will place some fish species at significant risk of extinction as soon as the coming year and therefore immediate action to stop it is needed.”

“The reason is clear,” said GSSA Secretary Dick Pool.  “In spite of violating the law and killing off our salmon runs, the federal government is trying to drain northern California’s salmon rivers in order to transfer water to its supporters in the dry western San Joaquin Valley. This is raw, brute politics at its absolute worst.”

The groups argue that so-called protections the Trump administration claims exist in the new plan are neither required nor enforceable.

Until recently, NMFS required the federal Bureau of Reclamation to keep Lake Shasta from being overly drained in order to protect the cold water at the bottom of the lake so it could be released to protect incubating salmon eggs.

“NMFS said as recently as last July that Reclamation’s new operations would jeopardize listed salmonids, and identified the need for significantly stronger limits on temperature mortality below Shasta Dam.  However, the new Trump rules abandon this requirement and in fact allow temperatures to warm to lethal levels three years in a row before water managers have to do anything about it,” stated GSSA.

“We could be looking at massive losses of salmon as soon as this summer if the upper Sacramento River spawning beds overheat which is allowed by this federal water plan we seek to stop,” said GSSA vice chairman Mike Aughney. “The Trump salmon extinction rules are no joke.  They are a dagger pointed at the heart of the salmon industry. Thousands of jobs are hanging in the balance.”

When it comes to cranking up the Delta pumps (that are deadly to salmon and other fish species), the fishing and conservation groups document prior instances where NMFS previously determined more, not less, protections from pumping were necessary to keep fish from being killed, according to the groups.

The groups further document that federal water managers have previously received drought waivers that allowed them not comply with river and delta flow requirements and limits on pumping.

“Although much of the legal arguments revolve around the federal government’s obligation to protect winter run salmon, those protections provide some benefit to all salmon, including the fall run salmon that supply the ocean and inland fishery.  The Trump rules try to substitute water temperature controls timed to winter run spawning for those needed by protected spring run salmon.  Winter run spawn in summer whereas spring run spawn later, overlapping with fall run spawning beginning in the early fall.  Any eventual extension of rules requiring cold water be maintained until later in the year will be a major boost for fall run,” GSSA stated.

Major agriculture and water districts have moved to join the lawsuit on the side of the Trump administration.  The court is expected to hear and decide this motion sometime this spring.

Meanwhile, on February 28 the powerful Westlands Water District signed a permanent water repayment contract with the Bureau of Reclamation to provide Central Valley Project water in perpetuity to the growers in the powerful, politically-connected water district on the west side of the San Joaquin Valley.

The annual irrigation deliveries provided to Westlands, the largest agricultural water district in the nation, amount to approximately double the amount of water that City of Los Angeles residents use during a year.

Thomas Birmingham, General Manager of the Westlands Water District, issued a statement celebrating the execution of the District’s Repayment Contract that the Bureau of Reclamation and the district signed that day.

“Today, Westlands Water District and the Bureau of Reclamation signed Irrigation and M&I Contract No. 14-06-200-495A-LTR1-P, which converted Westlands’ water service contract to a repayment contract, which will remain in effect so long as the Westlands pays applicable charges, consistent with section 9(d) of the Reclamation Act of August 4, 1939,” said Birmingham.

About GSSA: The Golden State Salmon Association (http://www.goldenstatesalmon.org) is a coalition of salmon advocates that includes commercial and recreational salmon fishermen and women, businesses, restaurants, a native tribe, environmentalists, elected officials, families and communities that rely on salmon. GSSA’s mission is to restore California salmon for their economic, recreational, commercial, environmental, cultural and health values.
Add Your Comments
Support Independent Media
We are 100% volunteer and depend on your participation to sustain our efforts!