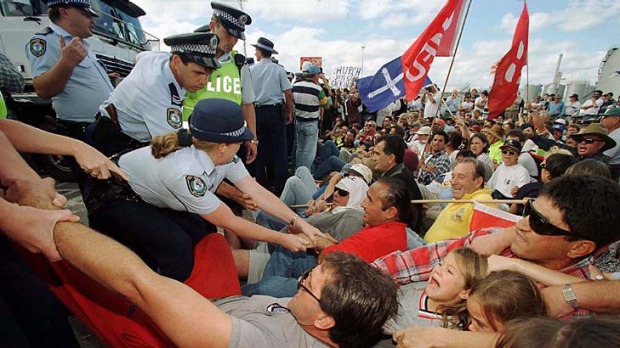 At the International Dockworkers Council 2019 convention, MUA Sydney Branch Deputy Secretary Paul Keating talked about the attacks on MUA members by ICTSI and its connection as well to the attack on the ILWU.

ICTSI has sued the ILWU and won a $97 million settlement which threatens the union and it's members.

$93.6 Million Verdict Threatens to Bankrupt One of America’s Most Powerful Unions
https://www.nytimes.com/2019/11/21/us/ILWU-Portland-Verdict-Bankruptcy.html?searchResultPosition=1

ICTSI is a Philippine-based global port operator that is gaining a reputation for exploiting workers and communities. It is fast becoming one of the most controversial companies in the maritime industry. ICTSI has ambitiously expanded its global operations to 29 ports across 18 countries, aggressively exporting its exploitative, anti-worker business model across the world.

The company has a documented history of moving into countries known to be “the worst countries in the world to work in” in which workers have "no guarantee of rights". ICTSI preferences corporate greed over workers’ fundamental rights. Its appalling record shows labour rights violations across its global operations.

ICTSI’s workers face harassment and coercion. For many ICTSI workers their working lives are characterised by poverty, a disregard for safety and a denial of fundamental human and labour rights by the company.'

ICTSI’s profiteers from some of the poorest communities in the world. It profits from partnerships with corrupt regimes implicated in crimes against humanity.

If government officials, shipping lines and other terminal clients are considering partnering with ICTSI, they must ask themselves whether this is a reputation that they want to be associated with?

This website is a summary of issues across the ICTSI’s global network based on publicly available evidence and original research.


“ICTSI operations – unlike those of other major terminal operators – are concentrated in countries where labour rights are not guaranteed. Yet the responsibilities for companies working in these environments are clear: the UN Guiding Principles clearly state that companies have a responsibility to mitigate against human rights risks – including potential labour rights violations – in the countries where they operate. With workers in almost all ICTSI terminals facing limitations on their access to labour rights at a country-level, it is clear that ICTSI must do more to ensure the rights of its workforce at an enterprise level.”Professor Bradon Ellem Professor of Employment Relations, University of Sydney Business School
https://youtu.be/3RlR4GTeY5E
§
by Labor Video Project Wednesday Dec 4th, 2019 9:21 AM 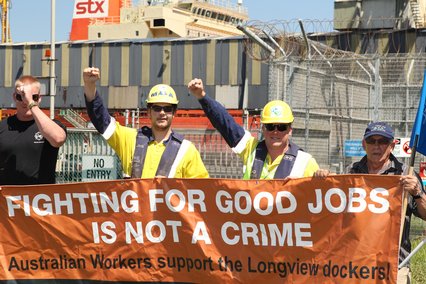 The Australian government is seeking to destroy the MUA and the ILWU is also threatened by the judgement against the ILWU for more than $93 million.
https://youtu.be/3RlR4GTeY5E
§We Will Never Surrender
by Labor Video Project Wednesday Dec 4th, 2019 9:21 AM 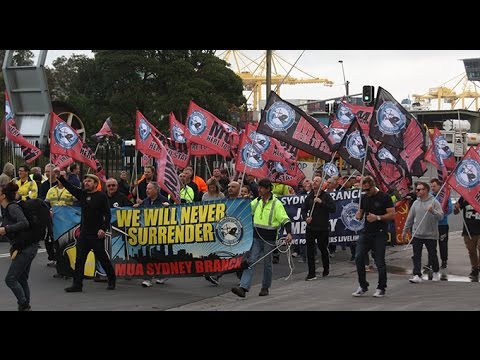 The MUA is organizing a fightback against the union busting tactics of the government and ICTSI
https://youtu.be/3RlR4GTeY5E
§ILWU Action To Block BNSF Train At Longview
by Labor Video Project Wednesday Dec 4th, 2019 9:21 AM 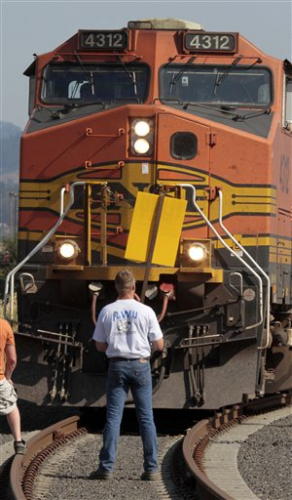 original image (300x512)
Militant actions the ILWU to fight back against union busting multi-national corporations face legal assaults on the union by companies and the government.
https://youtu.be/3RlR4GTeY5E
Add Your Comments
Support Independent Media