Newswire
Calendar
Features
Home
Donate
From the Open-Publishing Calendar
From the Open-Publishing Newswire
Indybay Feature
Publish to Newswire
Add an Event
Related Categories: East Bay | Media Activism & Independent Media
Berkeley Speak Out On Pacifica Coup, WBAI Shutdown & Public Comment At KPFA LSB
by Labor Video Project
Sunday Oct 20th, 2019 8:39 PM
Before a meeting of the KPFA Local Station Board KPFA Pacifica supporters and KPFA LSB members spoke out about the shutdown of WBAI by a faction of the Pacifica National Board with an interim executive director John Vernile and with the support of KPFA General Manager Quincy McCoy 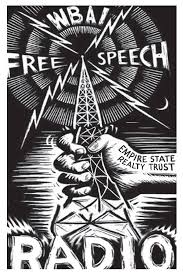 Before a KPFA Local Station Board meeting on October 19, 2019, supporters of KPFA and members of the local station board spoke out about the closure of the NY WBAI station and turning it into a repeater station.

They also discussed the blatant violation of the AFTRA SAG contract by Pacifica IED John Vernile supported by KPFA manager Quincy McCoy and a minority of the Pacifica board.
Included are the public comments at the LSB board meeting. All people who spoke in public comment on WBAI spoke out against the shutdown.

Rally At KPFA To Defend WBAI From Shutdown By Pacifica Faction
https://youtu.be/uyRrgN7JP08

A speakout was held at Pacifica
The Attack On WBAI & "Pacifica Across America”
https://youtu.be/lyamU2dvvtU

The Crisis in Pacifica and KPFA "What Is Going On At Pacifica"?
https://www.youtube.com/watch?v=bcGuunuPKhw&t=111s