Add an Event
Newswire
Calendar
Features
Home
Donate
From the Open-Publishing Calendar
From the Open-Publishing Newswire
Indybay Feature
Publish to Newswire
Add an Event
Related Categories: Santa Cruz Indymedia | Government & Elections
Drew Glover and Chris Krohn Recall 10-19-2019
by AutumnSun (sunclan007 [at] yahoo.com)
Saturday Oct 19th, 2019 11:10 PM
Members of the "No Recalls Truth Squad" met at Santa Cruz City Hall this morning at about 10:30 am. Today is what Santa Cruz United was calling the last day for them to get people to sign their petitions. 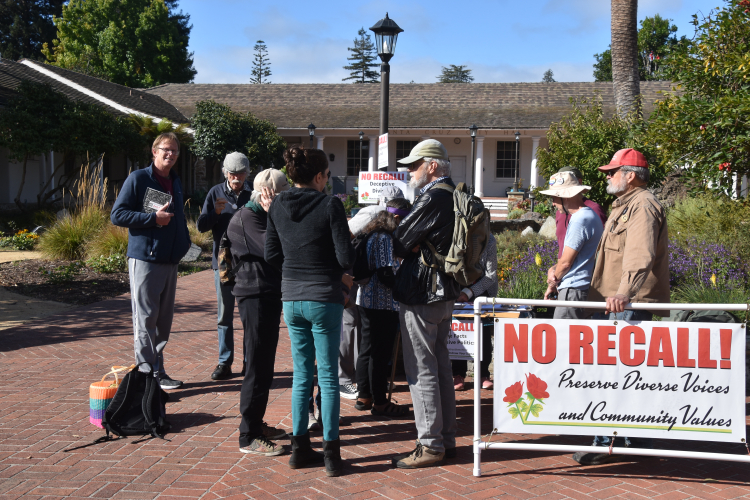 original image (6000x4000)
People in the group were updated as to what had been happening for the last few days and what the plans were for today. Drew Glover, Chris Krohn, and Sandy Brown also showed up in the morning.

One man who showed up that was not part of the group and was obviously there to see what the group was up to for the day. See if you can pick him out?

People then fanned out around town to offer true facts along with a form that helps voters know what is really at stake regarding the recall. One form was "Fact Check on Recall Petition Allegations" and the other form was for anyone who would like to withdraw their signatures.

The first 9 photos were taken at Santa Cruz City Hall, next 3 at Whole Foods Market, then 5 at Shoppers Corner Market before the paid petitioner was forced to leave by the manager of the store, 2 at the statue on West Cliff Dr., and the last one is of Trader Joe's sign that they have in front of there store because of the scenes that had been caused in front of there store by people hired by Santa Cruz United. Trader Joe's like Whole Foods, was forced to call the police on several occasions on those hired by Santa Cruz United. At least one man hired by them was arrested! 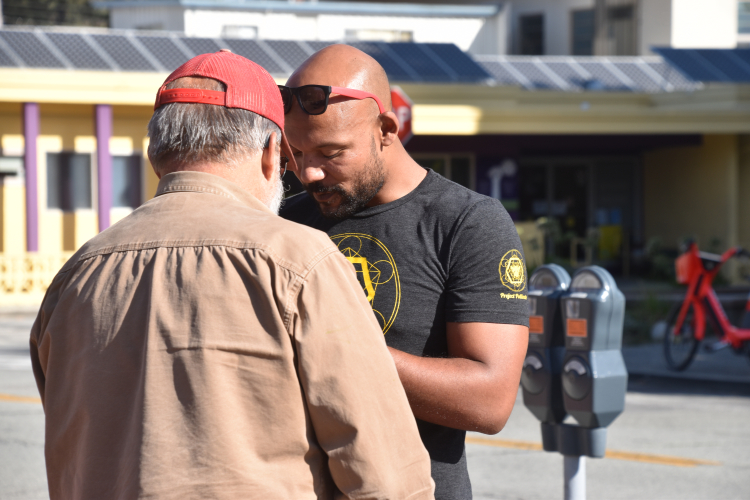 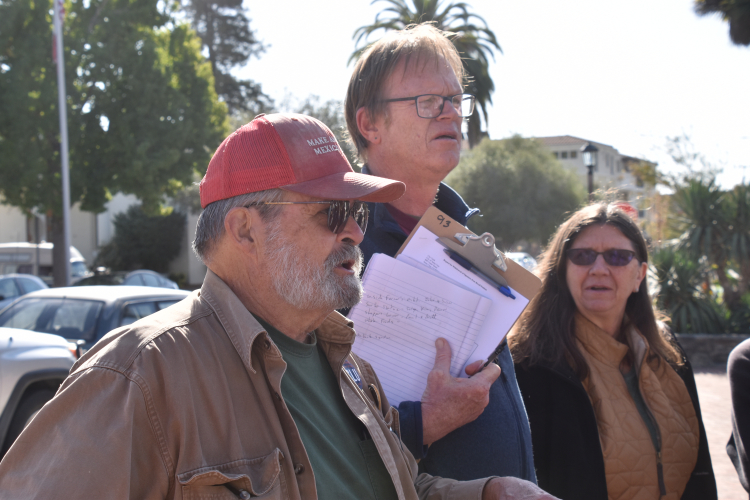 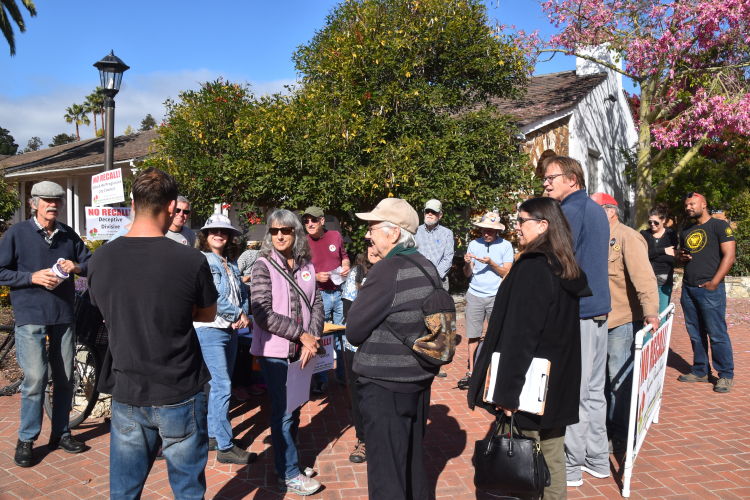 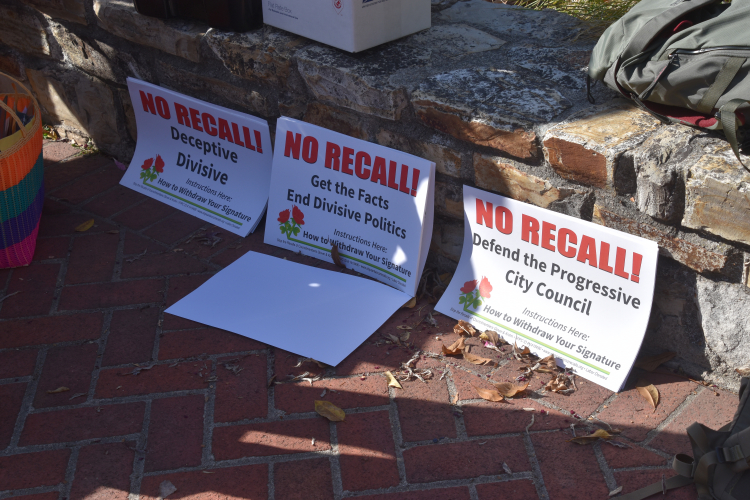 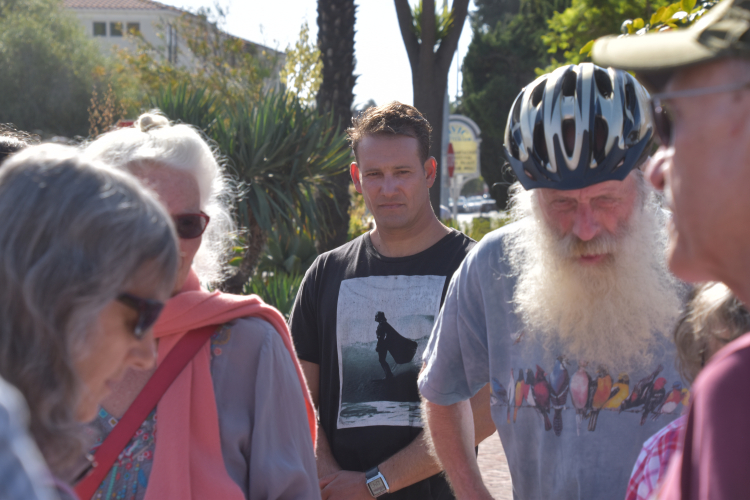 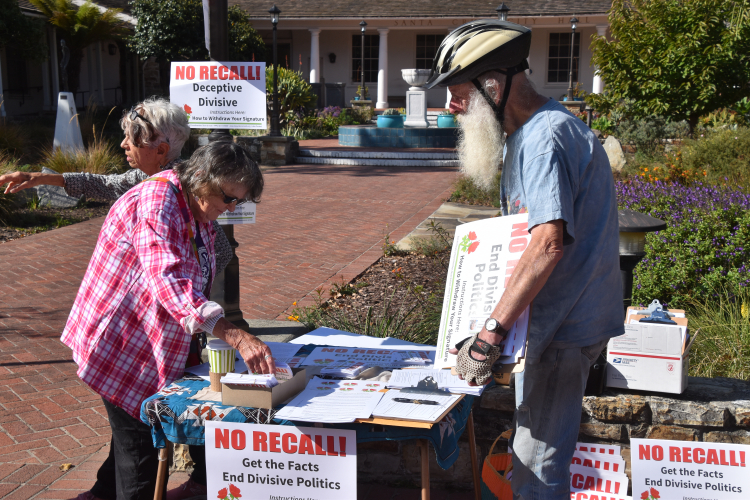 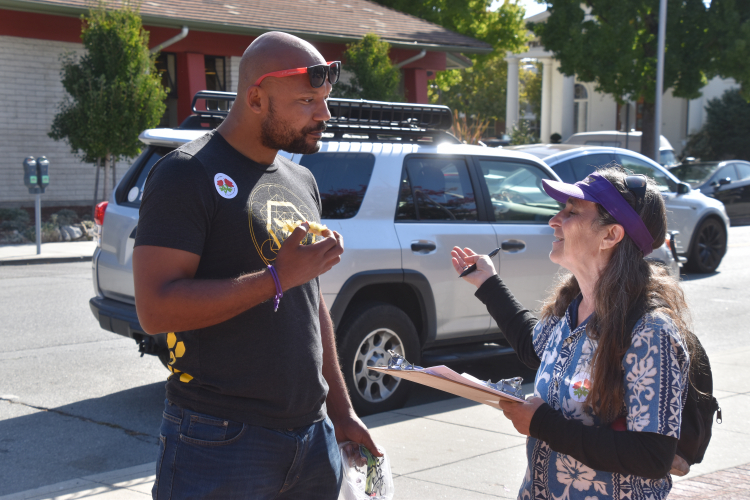 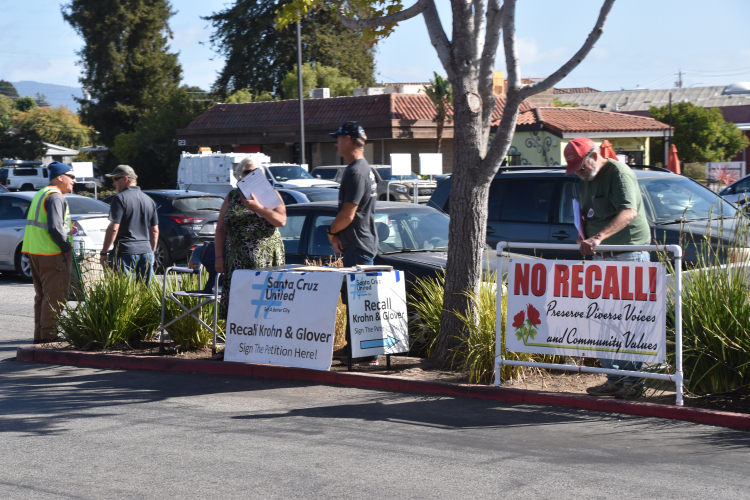 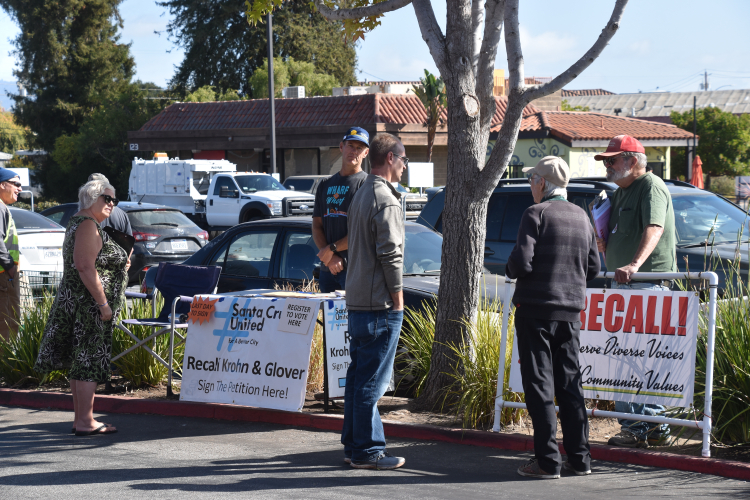 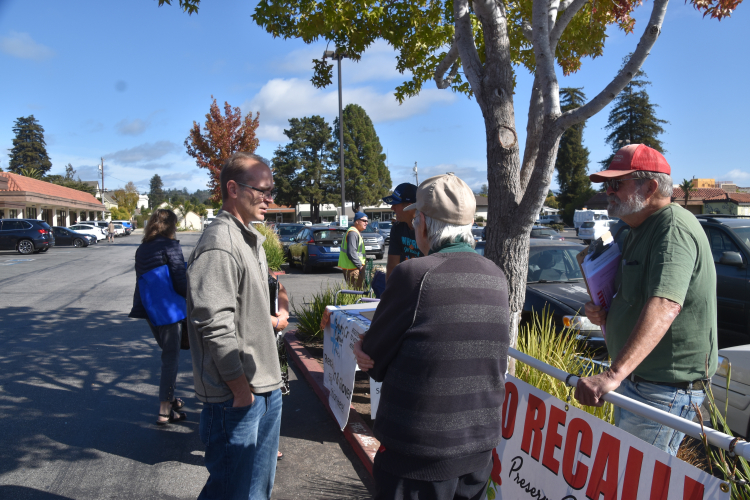 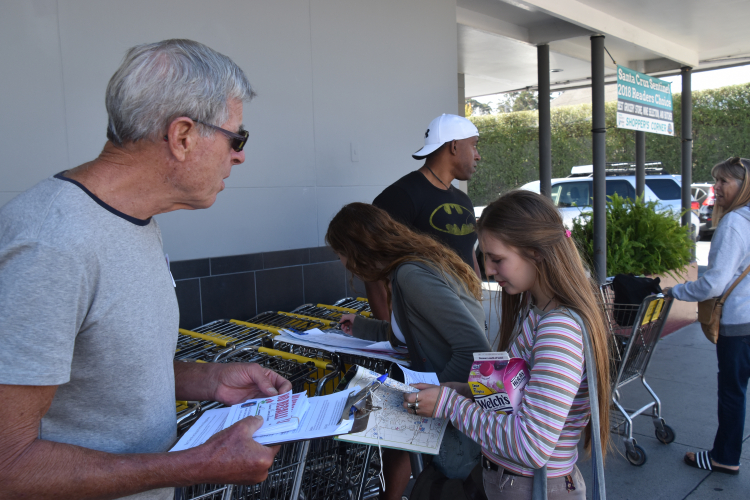 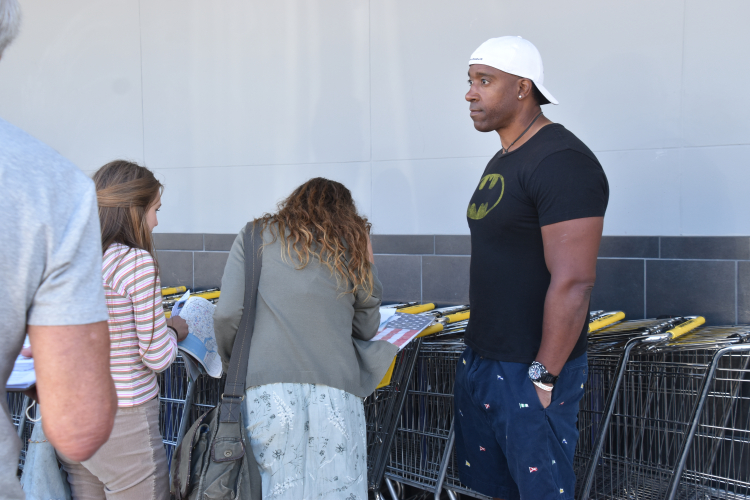 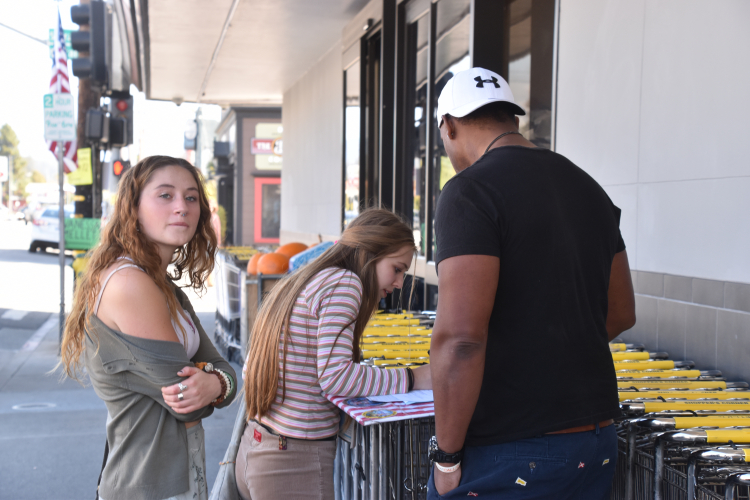 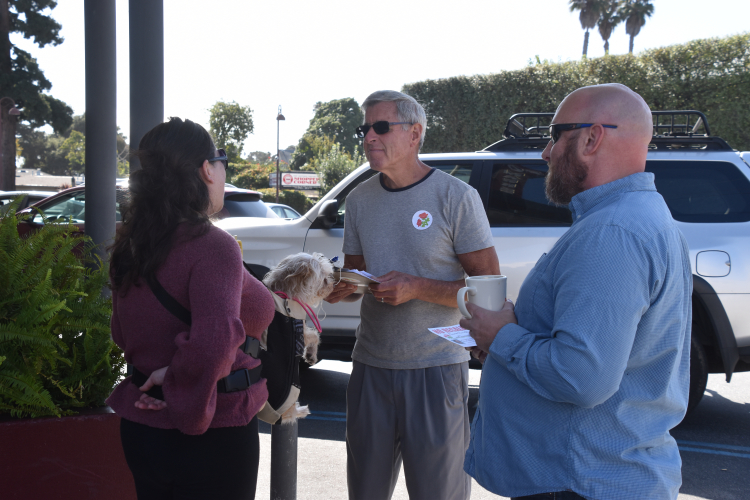 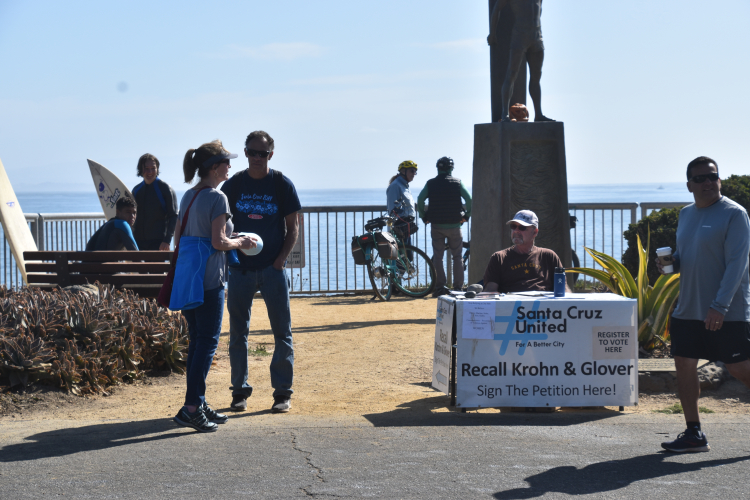 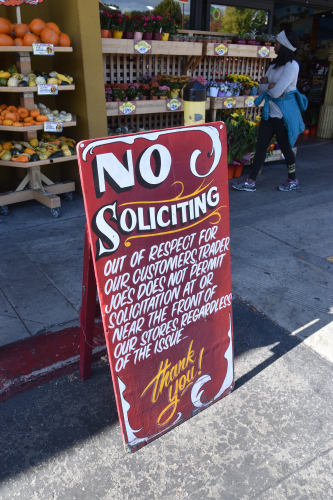 original image (4000x6000)
Add Your Comments
Support Independent Media
We are 100% volunteer and depend on your participation to sustain our efforts!