Newswire
Calendar
Features
Home
Donate
From the Open-Publishing Calendar
From the Open-Publishing Newswire
Indybay Feature
Publish to Newswire
Add an Event
Related Categories: South Bay | Labor & Workers
In SJ Thousands Hit Streets In For Living Wages: SEIU 521 Valley Medical Workers Strike
by Labor Video Project
Thursday Oct 17th, 2019 9:17 PM
Thousands of Santa Clara County SEIU 521 workers struck against union-busting and for living wages. They also are fighting against closures threatening the clients who need services near their homes. They were joined on the picket lines with nurses and some construction workers. 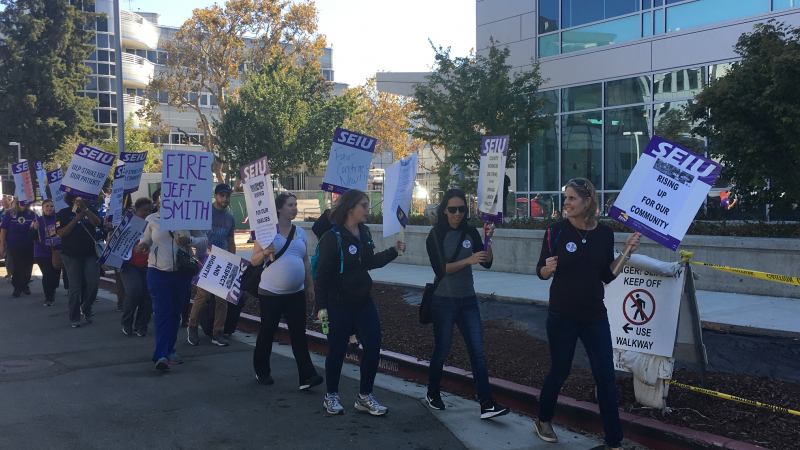 original image (3412x1920)
Thousands of SEIU 1021 Santa Clara County Valley Medical Center workers along with nurses and even construction workers were on strike on October 17, 2019.

The workers and unions were angry about the lack of fair bargaining and the difficulty of living on shrinking real wages. Santa Clara County is one of the centers of billionaires and major tech companies but the public hospital workers said they can't survive on 3% wage increases and proposed increases in healthcare costs the county management is demanding.

Management is also proposing to move facilities further from poor working people who need this care. 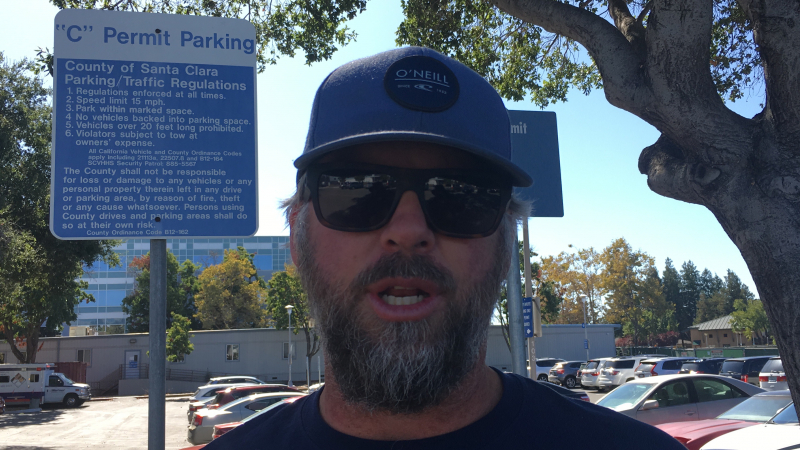 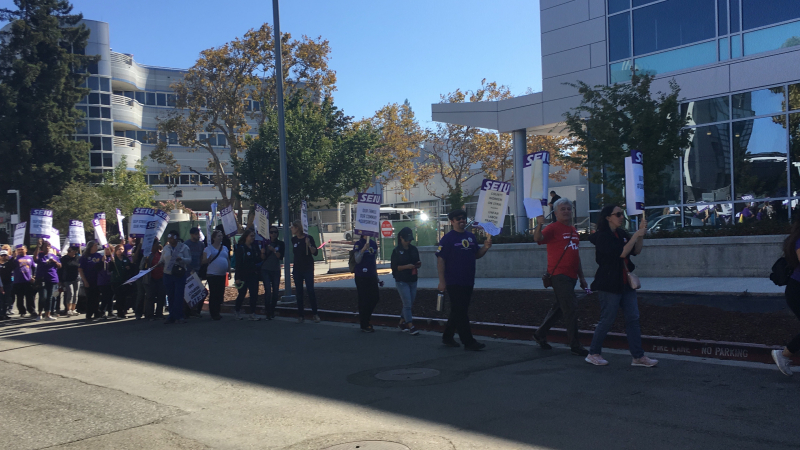 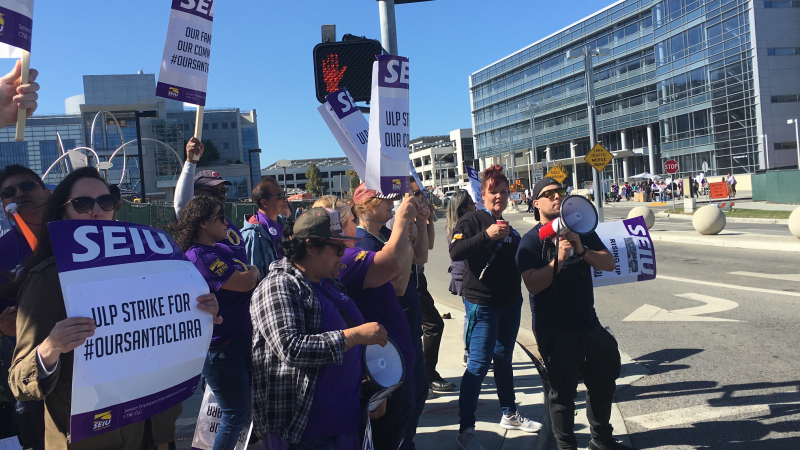 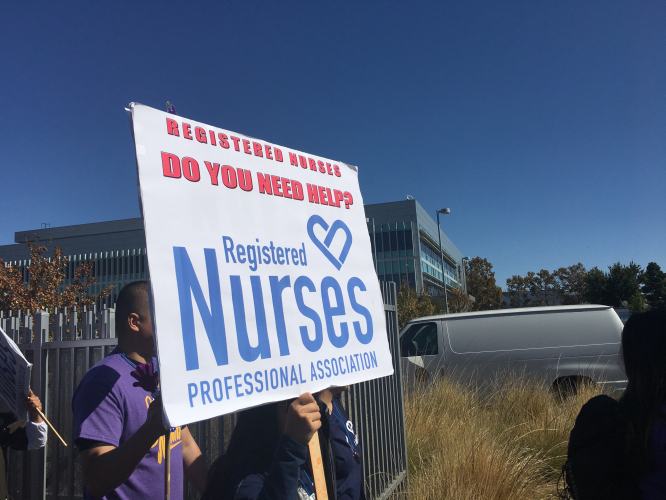 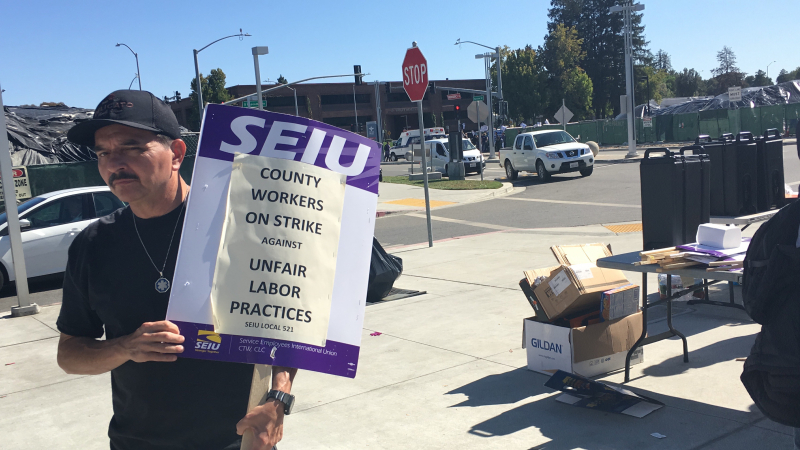 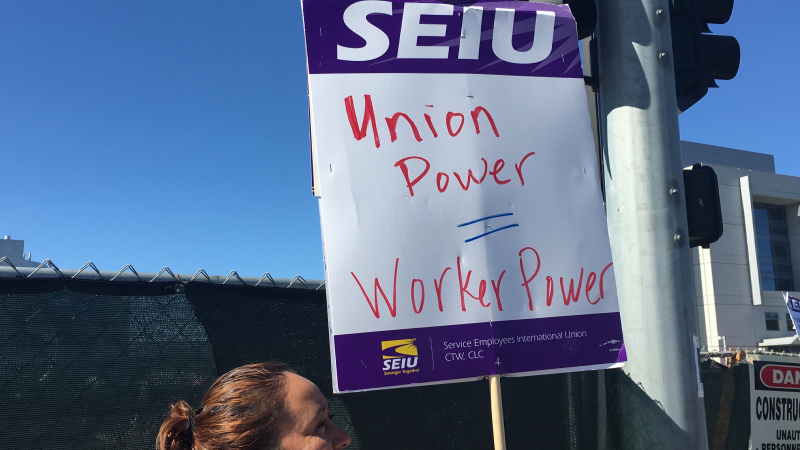 original image (3412x1920)
A growing strike wave is taking place throughout the US and workers here talked about the Chicago teachers strike and GM Strike.
https://youtu.be/X8hfC2x0aYQ
§Workers Angry About Their Treatment
by Labor Video Project Thursday Oct 17th, 2019 9:17 PM 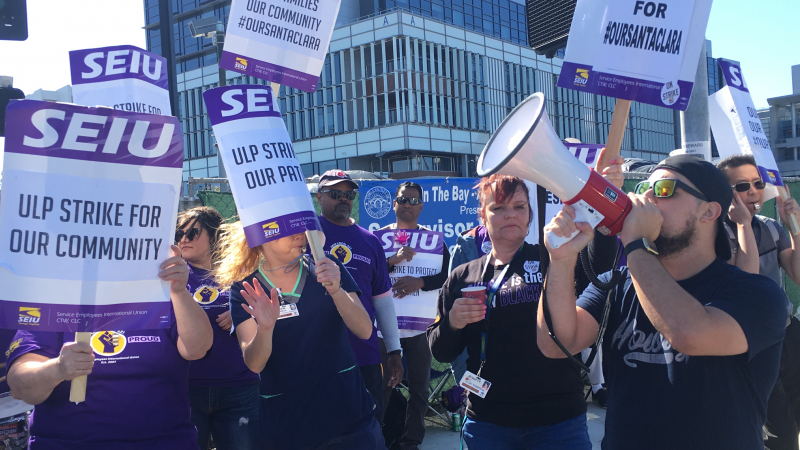 original image (3412x1920)
Workers are angry about trying to live on starvation wages in the one of the richest places in the world.
https://youtu.be/X8hfC2x0aYQ
Add Your Comments
Support Independent Media