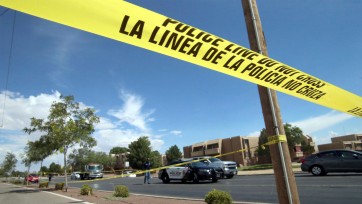 On August 3, 2019, the United States witnessed another mass shooting — this time in El Paso, Texas where 20 people were killed and more than 20 were injured. The shooter reportedly drove more than 9 hours to target a heavily Hispanic shopping center that he believed would be full of Mexican nationals. The shooting took place at Cielo Vista Mall on Saturday morning near El Paso’s border with Juarez. The shooter was taken into custody by law enforcement.

Shortly before the shooting took place, a four page manifesto appeared online, and was reported by multiple outlets as belonging to the shooter. The manifesto contained white nationalist talking points on “demographic displacement,” “white genocide” and “illegal immigration,” along with references to the anti-Muslim mass shooting in New Zealand in March earlier this year. Much of the manifesto’s language mirrors that of President Trump’s sentiments of an “immigrant invasion,” posing threats to American jobs and safety.

Technology, especially social media platforms and message boards, play a huge role in the spread of hateful rhetoric and ideas, which can lead to the radicalization of people online. We have now seen a fringe site like 8chan be the origin of three manifestos in the past six months left by accused white supremacist killers.


More from the Hatewatch blog: