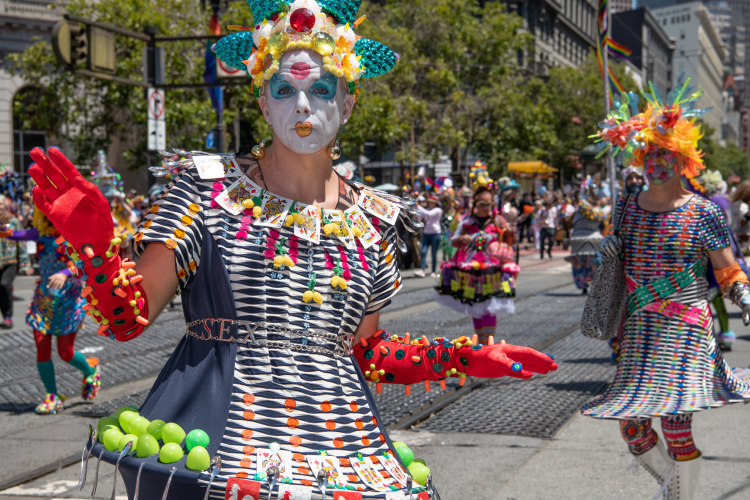 Public intragender displays of affection and nudity were a matter of course.

The Rainbow banner was held high by a huge variety of groups. From the American Legion, all the way to the Rubber-Leather, Sado, Bondage, etc. Perhaps they are more similar than either would admit.

With Wells Fargo, AIG, Amazon, UPS, Apple and Intuit marching, a group protested this commercialization and held up the parade by almost an hour. And the UPS float featured a nude (female) dancer. (?)

Security was intense. Spectators were separated from marchers by metal crowd barriers running the full length of Market Street and there were high barriers around many blocks near City Hall. Roadway access was tightly controlled with air travel style inspections.

As onlookers, marchers and police shouted “Happy Pride”, it was clear that the closet door was open.

At least in San Francisco. 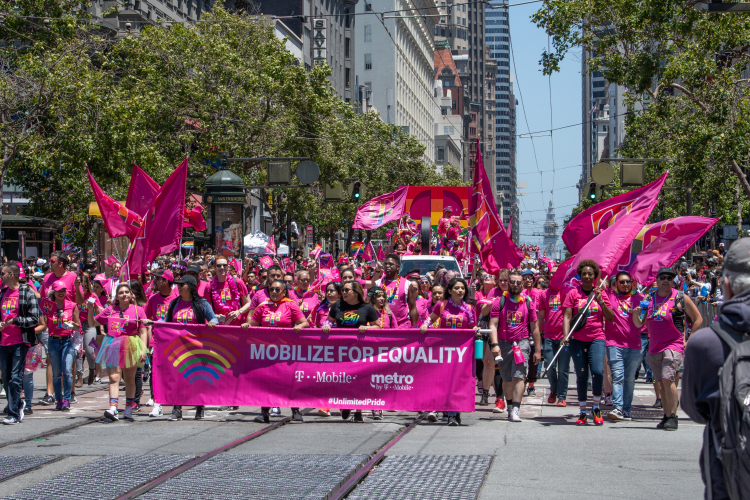 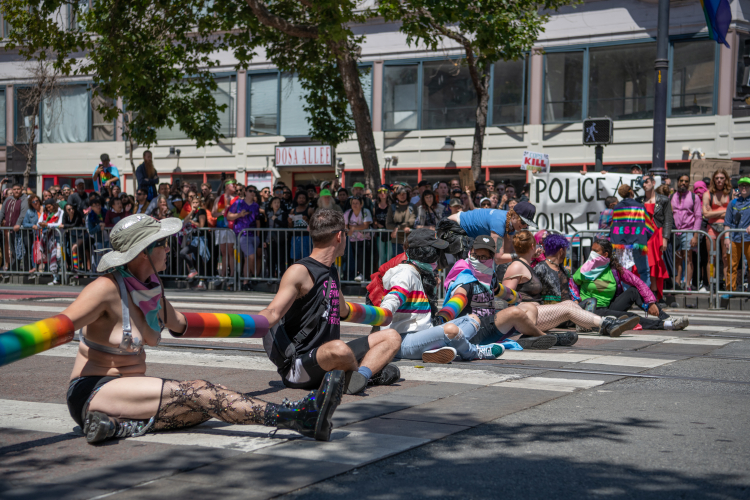 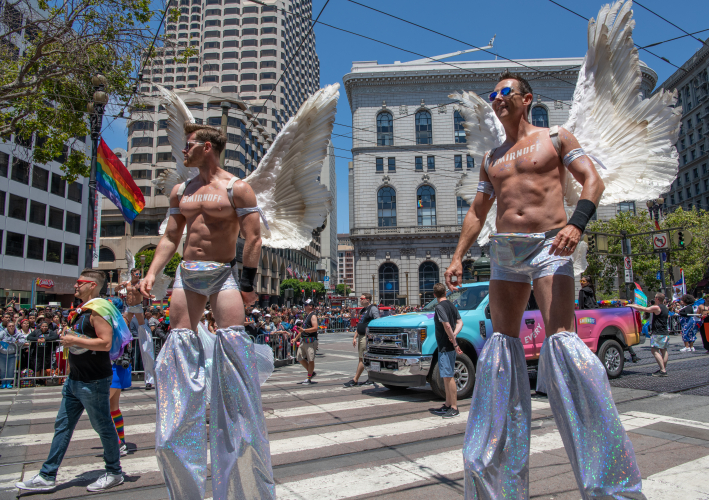 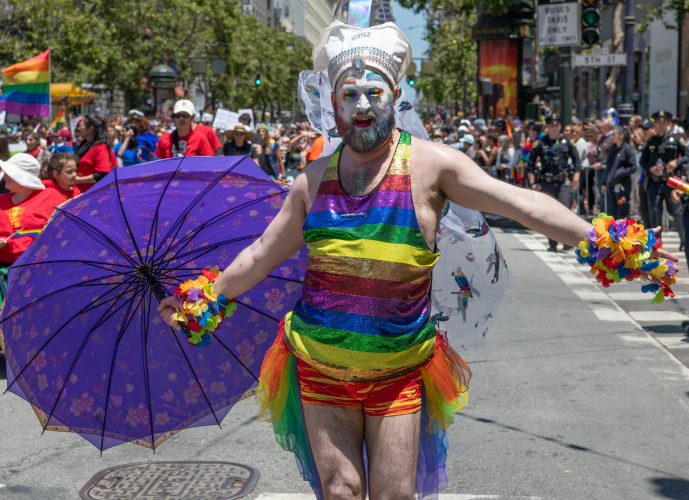 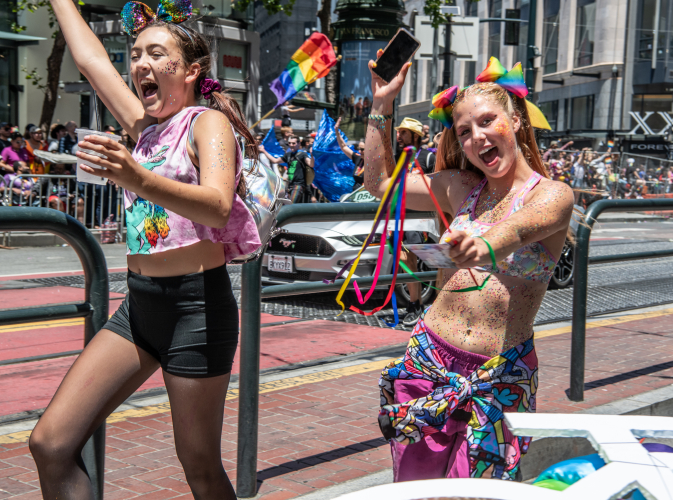 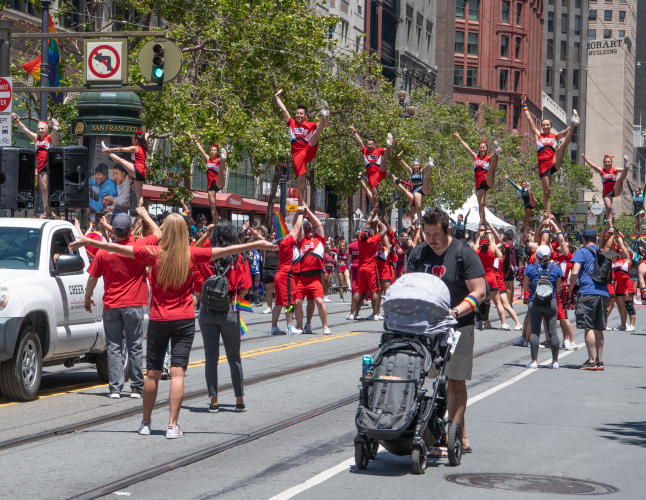 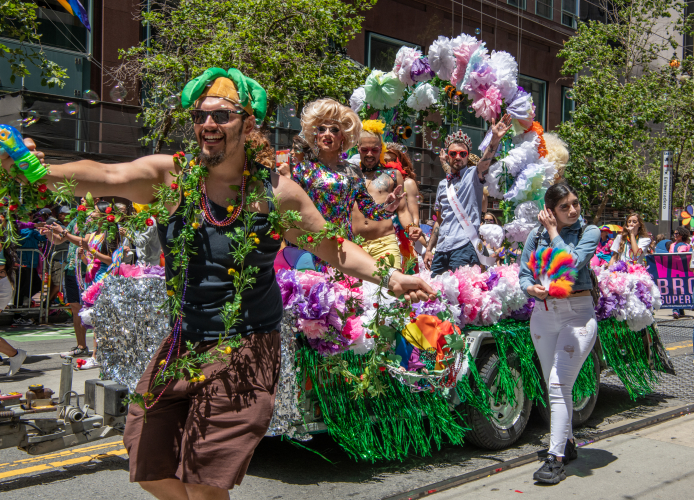 original image (4410x3360)
https://kunstena.smugmug.com/Politics/Demo...
Add Your Comments
Support Independent Media
We are 100% volunteer and depend on your participation to sustain our efforts!