Add an Event
Newswire
Calendar
Features
Home
Donate
From the Open-Publishing Calendar
From the Open-Publishing Newswire
Indybay Feature
Publish to Newswire
Add an Event
Related Categories:
Taking A Stand, Taking the Stage for Gun Sense in SF and Marin
by Photos: L. Kunstenaar, T. Scussel, S. Rhodes
Monday Jun 10th, 2019 3:59 AM
On a national day of action, June 8, gun safety activists held a rally and march of hundreds of people who crossed the Golden Gate Bridge with orange signs. They demanded an end to gun violence in their communities and throughout the United States. 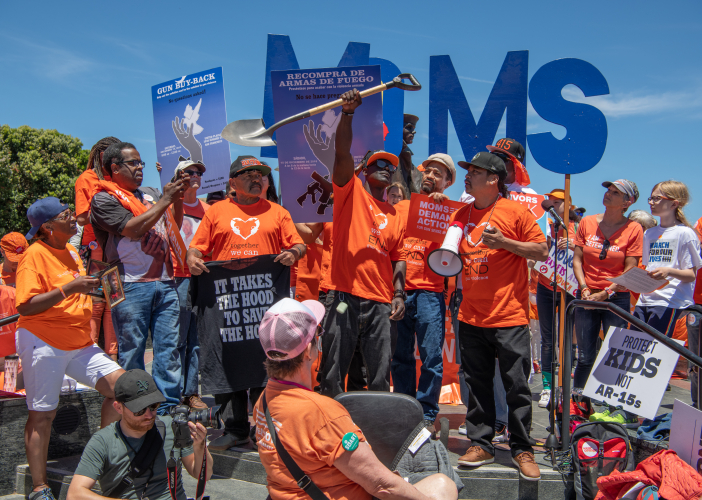 original image (7736x5504)
Hundreds marched, and many took a stand by taking to the stage with their plea that the epidemic gun violence in the US end. The event organized by Moms Demand Action for Gun Sense in America, San Francisco and Marin chapters, provided a venue for people with an important message.

Nicholas Gardner of Mill Valley played saxophone during the rally at Vista Point. His older sister was killed by a gun shot in Richmond. Other survivors of gun violence, people whose lives have been impacted by the loss of a loved one or their own near escape from death, spoke as well. Members of youth groups, including Youth Alive Oakland, took to speakers and bullhorn to address the gathered.

The 3 hour march and rally ended when a bank of photographers took group photos on the San Francisco side, with distant views of the bridge and the bay. The Raging Grannies closed the event with new friends made at the protest, leading a singalong in which they called on Congress to act firmly and decisively to enact meaningful gun safety laws. 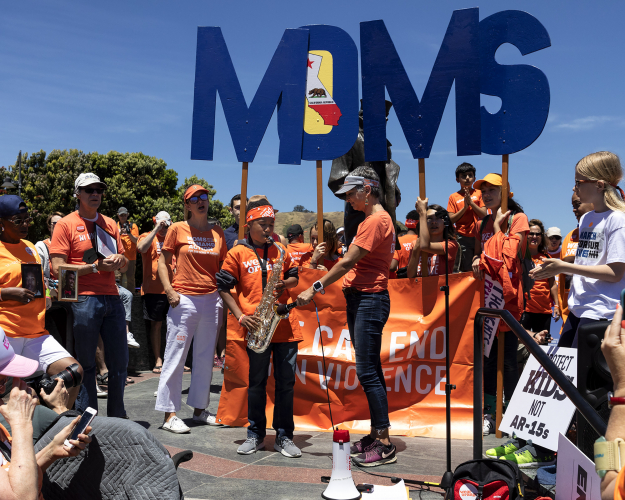 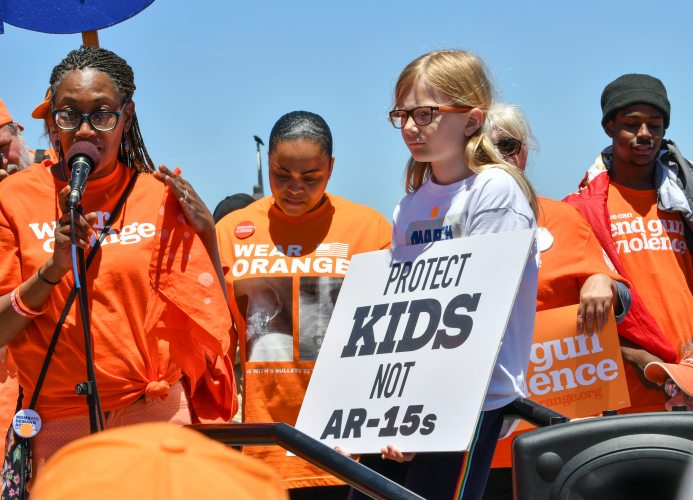 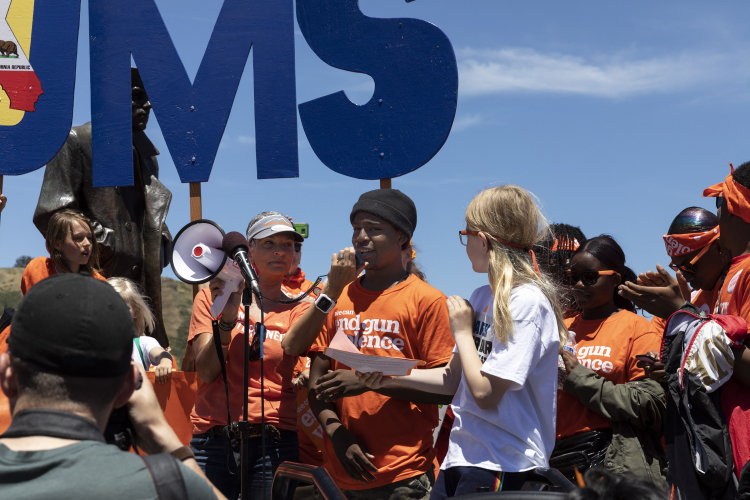 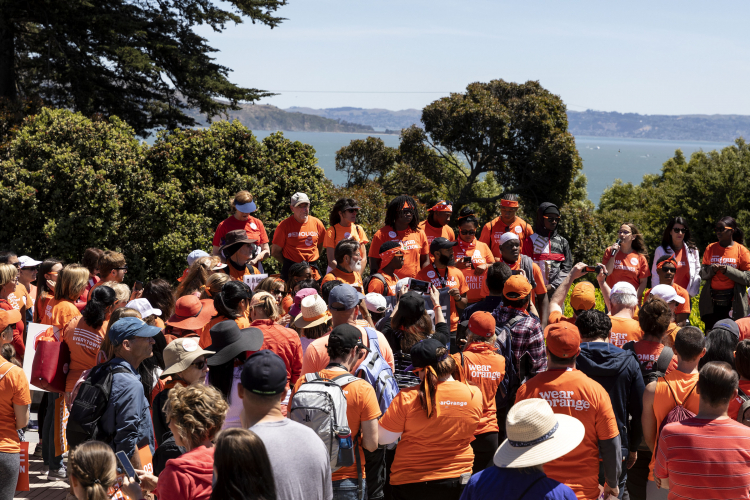 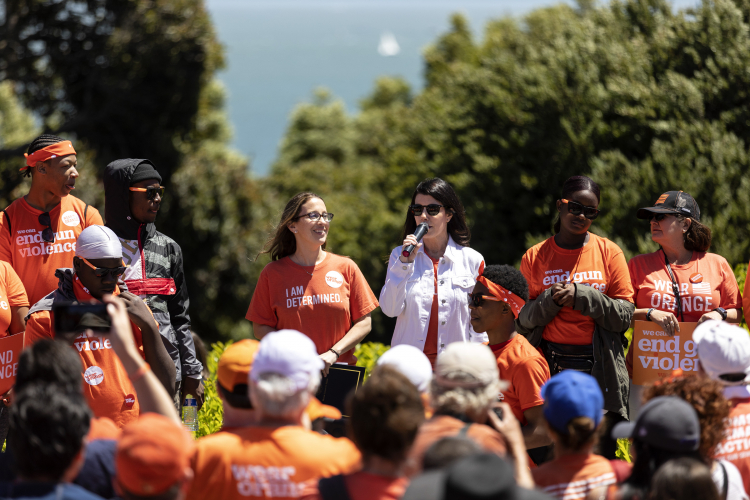 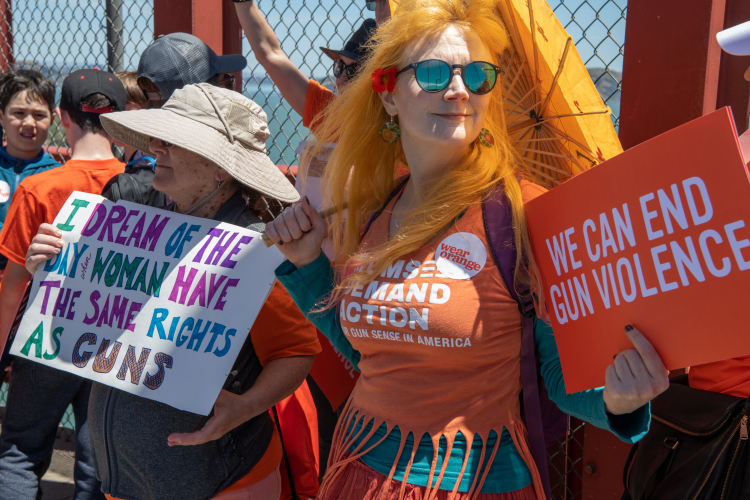 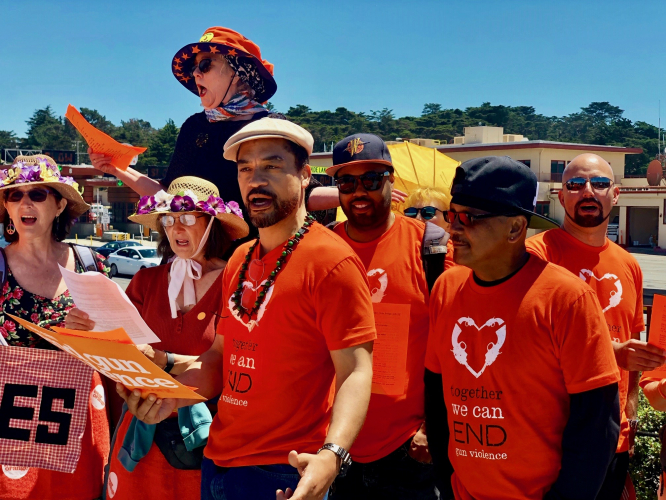 original image (2016x1512)
Raging Grannies and new friends closed the event with a singalong on the SF side.
Add Your Comments
Support Independent Media
We are 100% volunteer and depend on your participation to sustain our efforts!