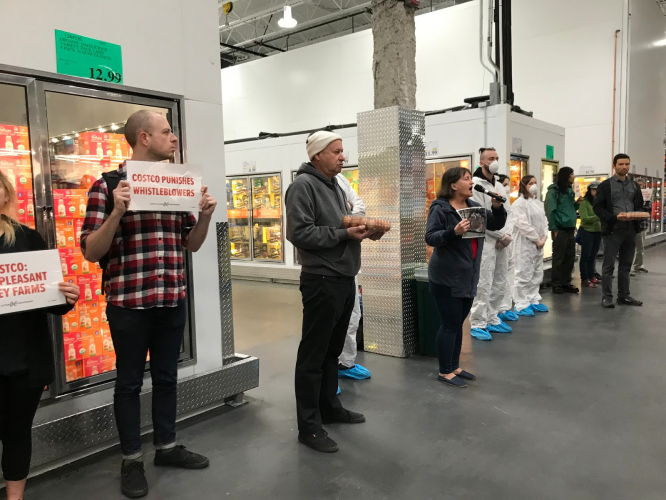 original image (1600x1200)
January 31, San Francisco, CA – Dozens of activists with the animal rights network Direct Action Everywhere (DxE) put up “CAUTION” and “DANGER” tape across the San Francisco Costco meat department in a dramatic protest of alleged animal cruelty and biohazard risk inside Costco farms. The activists were also protesting the criminal prosecution of two activists who exposed animal cruelty at a Costco egg supplier and who now have been fined a massive restitution penalty.

A 2016 DxE investigation exposed widespread cannibalism and horrific conditions at Pleasant Valley Farms in Ripon, CA, and was featured in the Washington Post and New York Times.

The two Bay Area residents who investigated the farm, Jason Oliver and Paul Picklesimer, were initially charged with felony commercial burglary and subsequently pleaded no-contest to a reduced charge of trespass. The defendants were then ordered to pay restitution of $331,991 to compensate the farm owner’s claim that he was forced to depopulate (slaughter) all chickens in the barn that the activists entered because he was unsure of what biosecurity measures had been taken.

The DxE activists, however, assert that the depopulation occurred to cover-up disturbing cruelty at the farm, and they cite documents showing rates of animal mortality far above industry standards.

During the hearings, testimony from both sides established that all of the chickens the farmer killed were in the wrong barn, a barn the activists never entered. The farm’s veterinarian testified that he would not have approved of the depopulation had he known it was the wrong barn. DxE co-founder Wayne Hsiung testified, moreover, that the activists were wearing full and adequate biosecurity gear. The investigating police officer testified that when he visited the farm, he was welcomed onto the farm without taking any biosecurity measures at all.

Paul Picklesimer said, “If Costco truly cared about animals, they would thank us for exposing cruelty at one of their suppliers. Instead CEO Craig Jelinek is sitting silently making millions while this farm tries to bankrupt us.”

On the Costco website: “Costco supports the Five Freedoms of Animal Well Being” including “freedom from pain and suffering.” DxE investigators say the inhumane conditions found at Costco suppliers contradict claims of “animal well being.”
https://www.directactioneverywhere.com
§Jason Oliver, who faces over $331,000 in restitution, speaks outside the SF Costco
by Direct Action Everywhere Saturday Feb 2nd, 2019 8:07 PM 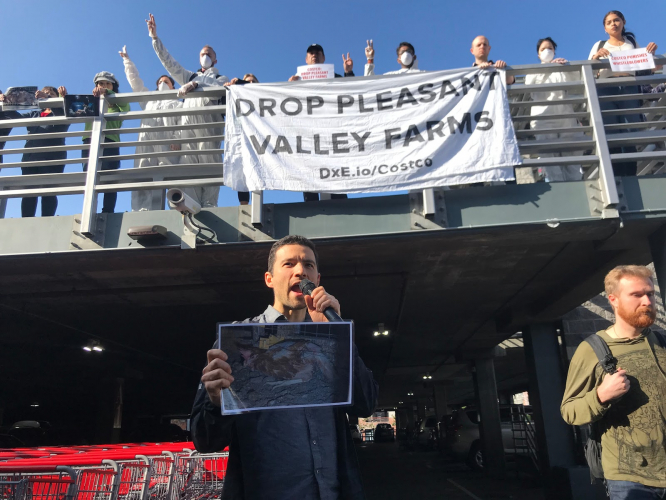 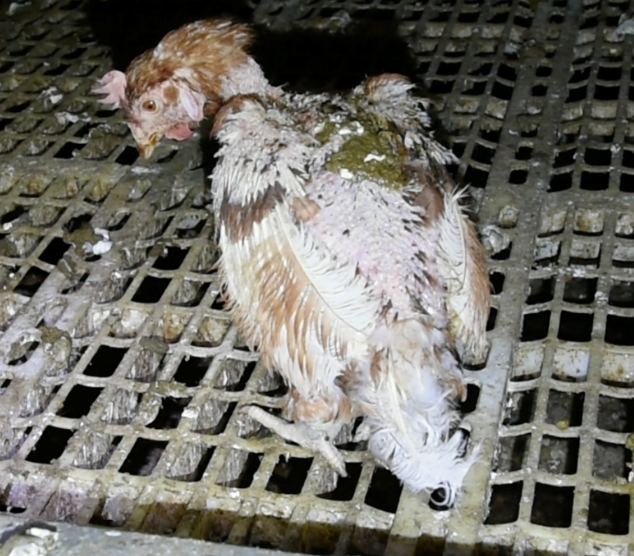 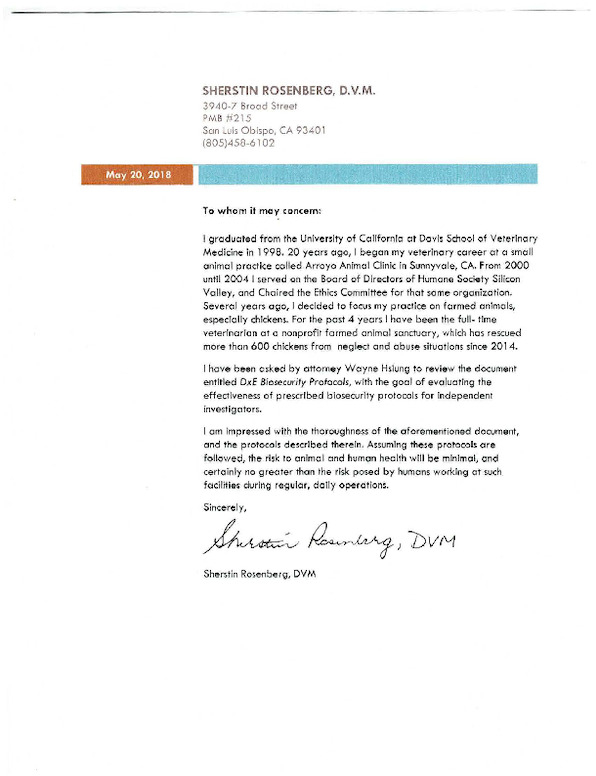