Add an Event
Newswire
Calendar
Features
Home
Donate
From the Open-Publishing Calendar
From the Open-Publishing Newswire
Indybay Feature
Publish to Newswire
Add an Event
Related Categories: International | San Francisco | Labor & Workers
Victory To The Yellow Jackets! US Workers In SF Support Workers Fight Against Macron
by Labor Video Project
Sunday Dec 23rd, 2018 6:32 PM
Trade unionists and workers rallied in support of the French "Yellow Jackets" against the Macron government and the attacks on working people in France and around the world. Speakers discussed as well the privatization, union busting and homelessness in San Francisco and the bay area which is the capitol of tech with many billionaires. 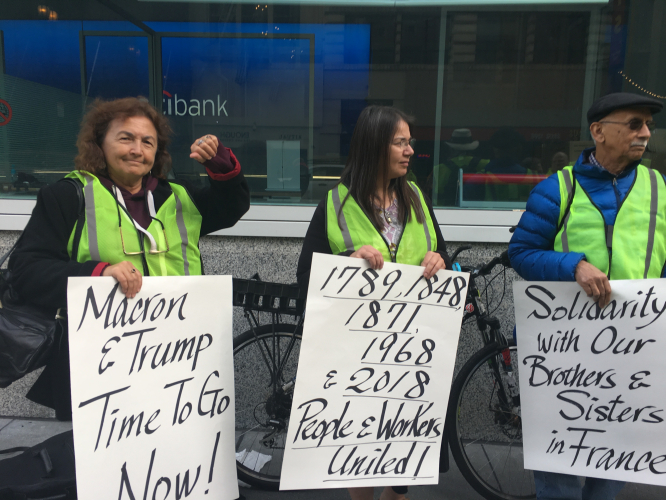 original image (4032x3024)
Workers rallied in San Francisco on December 22, 2018, to support the struggle of the "Yellow Jackets" and French workers against the union-busting austerity government of President Macron. There have been mass rallies throughout France and in Paris to kick Macron out. Speakers also declared that the same issues that the people and workers of France face are the same as the US and in San Francisco and the bay area including income declines, privatization of public services and union busting. Speakers also reported on the attacks on UC AFSCME 3299 and CWA UPTE workers at UC who are facing at outsourcing and privatization of their pension plans. Speakers also called not only the removal of Macron but Trump as well by united mass working class action.

The solidarity rally was sponsored by UPWA.info 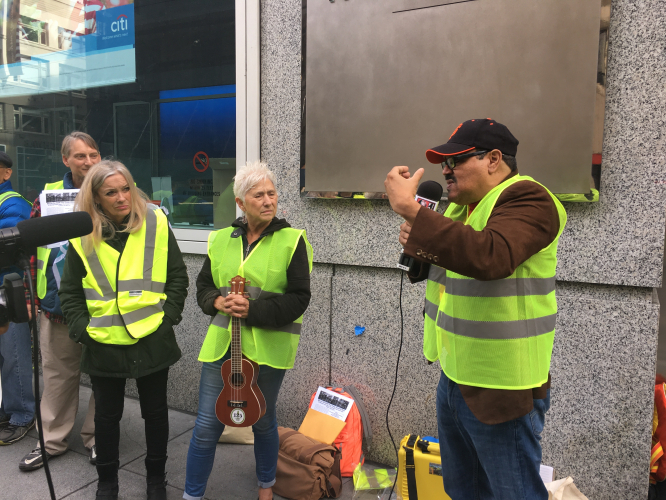 original image (4032x3024)
Speaker Ricardo Ortiz supported the French workers and talked about the role of US and French imperialism around the world including in Puerto Rico.
https://youtu.be/808VHirYrNg
§SF Supports The Yellow Vests
by Labor Video Project Sunday Dec 23rd, 2018 6:32 PM 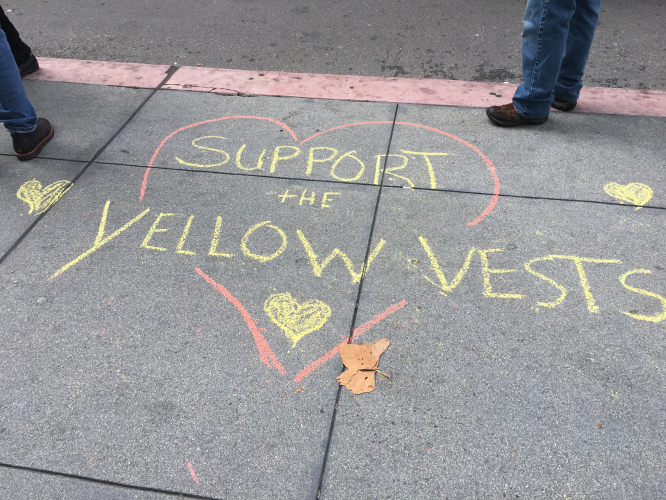 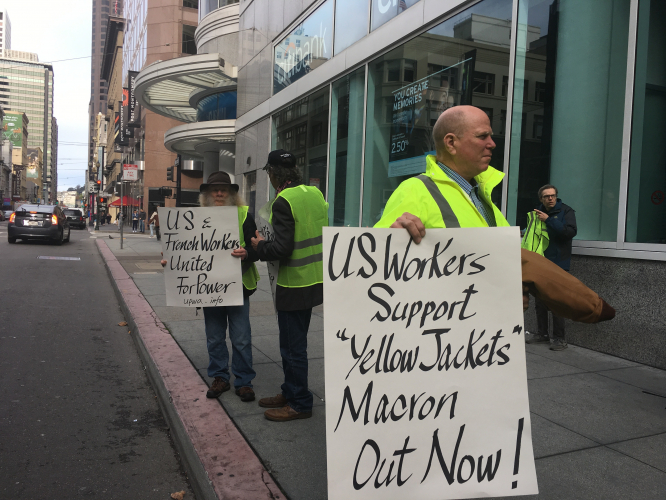 original image (4032x3024)
SF trade unionists and workers supported the call for the removal of Macron now as well as Trump.
https://youtu.be/808VHirYrNg
Add Your Comments
Support Independent Media
We are 100% volunteer and depend on your participation to sustain our efforts!