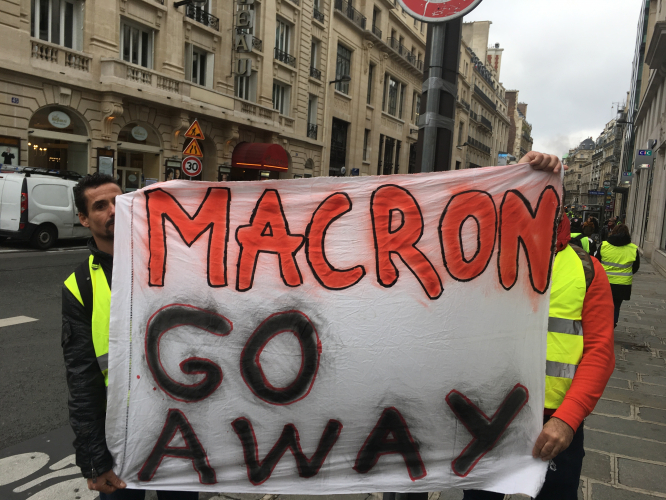 original image (4032x3024)
Hundreds of thousands of people from throughout France on September 24, 2018 protested the Macron government which has imposed fuel and other taxes on the people while real income is going down. In Paris, the protesters were met with massive amounts of tear gas and police repression with over 140 arrests. The government mobilized thousands of police to prevent protesters at Champs-Élysées French police forced protesters from the populist “Yellow Jackets” away from the Élysée Palace. Participants also talked about Marcron and the government's role in pushing privatization and creating an increasing number of poor. French unions did not participate in this mass popular protest which the government claimed was supported by racist and rightwing parties in France.
French Musicians Protest Trump
https://youtu.be/lNtkeHyFJd0
STOP The WARS! Paris Protests Trump & Macron's War Crimes On Armistice Day 2018
https://youtu.be/NnxWWLbktPc
Production of Labor Video Project
http://www.laborvideo.org
https://www.youtube.com/watch?v=CIqd9A-CeOI
§March Against Macron In Paris
by Labor Video Project Sunday Nov 25th, 2018 8:59 PM 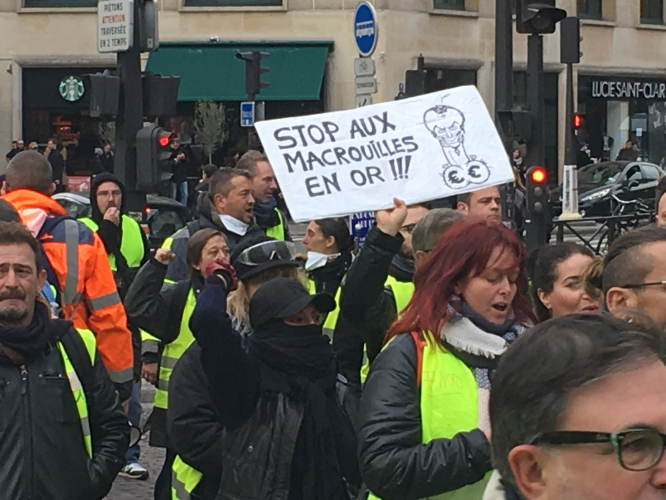 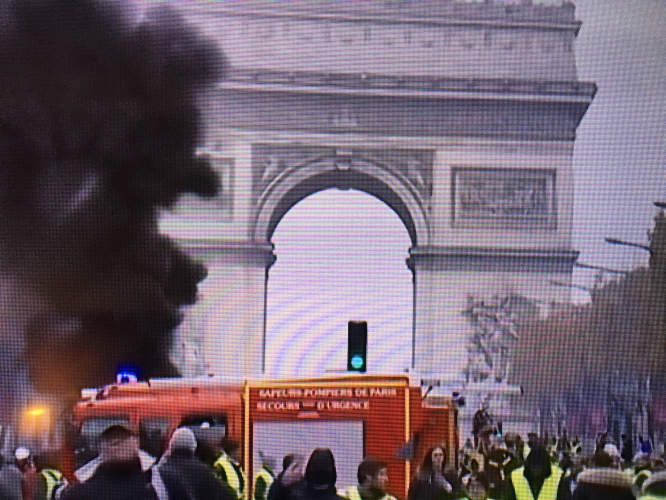 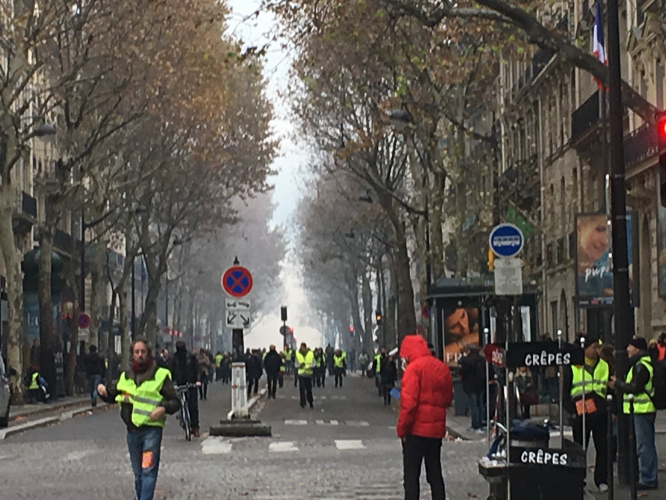 original image (4032x3024)
The streets were blocked off to prevent protesters from reaching the Champs-Élysées palace.
https://www.youtube.com/watch?v=CIqd9A-CeOI
Add Your Comments