Add an Event
Newswire
Calendar
Features
Home
Donate
From the Open-Publishing Calendar
From the Open-Publishing Newswire
Indybay Feature
Publish to Newswire
Add an Event
Related Categories: San Francisco | Police State & Prisons | Racial Justice
Community Protests DA Gascón Letting Cops Off the Hook for Murders of Mario Woods and Luis Góngora Pat
by Dave Id
Sunday May 27th, 2018 12:15 PM
On May 24, former San Francisco police chief and current District Attorney George Gascón announced that he will not be filing charges against the San Francisco police officers who murdered Mario Woods in 2015 and Luis Góngora Pat in 2016. The following evening, protesters expressed their disgust with the decision by shutting down traffic at two intersections near the San Francisco Mission District police station on Valencia Street. 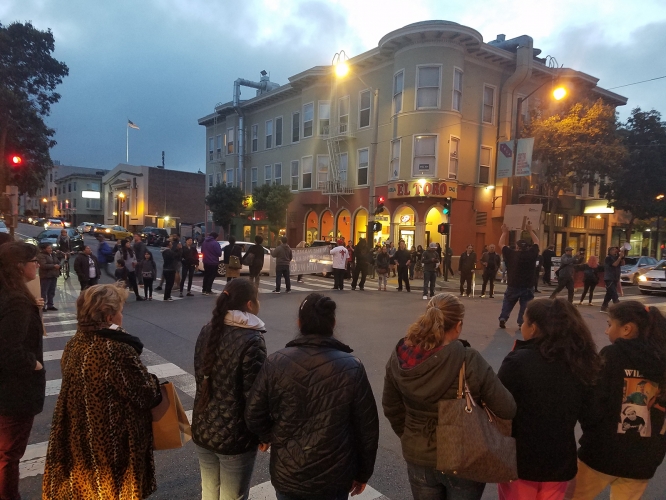 original image (1600x1200)
San Francisco native Mario Woods, 26, was gunned down in a hail of 20 bullets after being surrounded by officers Winson Seto, Antonio Santos, Charles August, Nicholas Cuevas and Scott Phillips on December 2, 2015. SFPD chief Greg Suhr claimed at a Bayview Hunters Point town hall meeting on December 4 that Mario Woods had raised his arm to threaten the police before he was executed, but bystander video released by attorney John Burris a week later clearly showed that Mario's arms were at his side before he was executed.

Luis Góngora Pat was a 45-year-old indigenous Mayan Mexican, an immigrant worker, and a family man who for a decade and a half supported his wife and three children in the small town of Teabo in southern Mexico by sending remittances from his dishwasher and line cook earnings in San Francisco. In 2013, he and his brother were illegally evicted from their home in the Mission District during the peak housing crisis of San Francisco, after which they became homeless. On April 7, 2016, police claimed they used deescalation techniques with Luis, which apparently included firing four "less lethal" bean-bag rounds at him, but the time between the first cop stepping out of the car and Luis being gunned down was less than thirty seconds. Sergeant Nate Seger and Officer Mike Mellone fired six shots, killing Luis while he was on the ground.

While DA Gascón said, "I don’t think the use of force was necessary," he claimed that it was the law that let down both Mario and Luis, that his hands were tied on prosecuting the cops responsible. San Francisco Mayor Mark Farrell said he respected the DA's decision.

San Francisco public defender Jeff Adachi, however, called DA's decision not to prosecute “mind-boggling.” “A hail of bullets is not an appropriate police response to people suffering mental health crises,” the public defender said in a statement. “In both the Woods and Góngora killings, officers were not in immediate danger when they fired their weapons.” Adachi continued: "To date, not a single officer in San Francisco has ever been criminally charged as the result of shooting a citizen, yet citizens are charged with crimes every day despite prosecutors being unable to prove their guilt beyond a reasonable doubt. It is clear prosecutors are using a different standard in judging police officers' conduct."

http://indybay.org/police
§Equipto speaks to the need to question authority, police who come into our communities
by Dave Id Sunday May 27th, 2018 12:15 PM
Copy the code below to embed this movie into a web page:
Download Video (8.0MB) | Embed Video
(video :32) 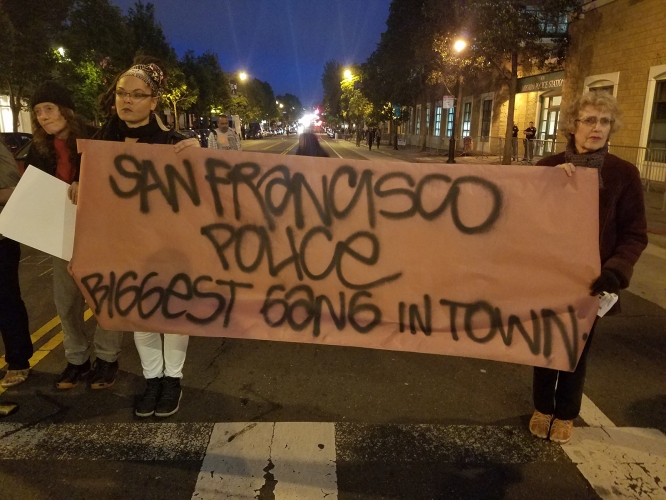 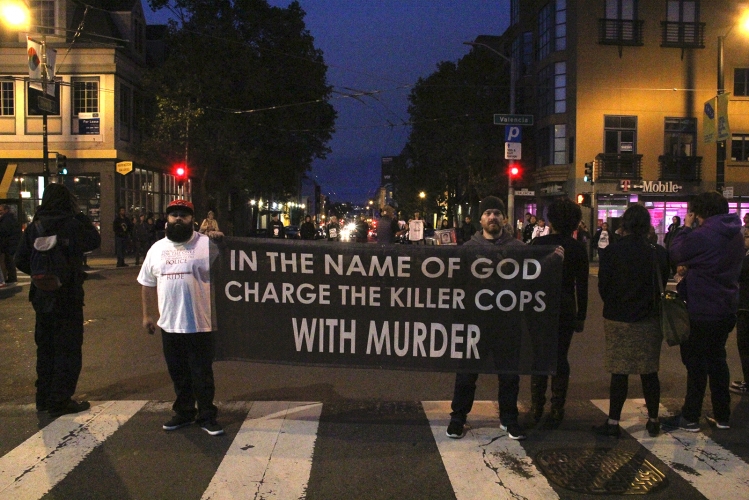 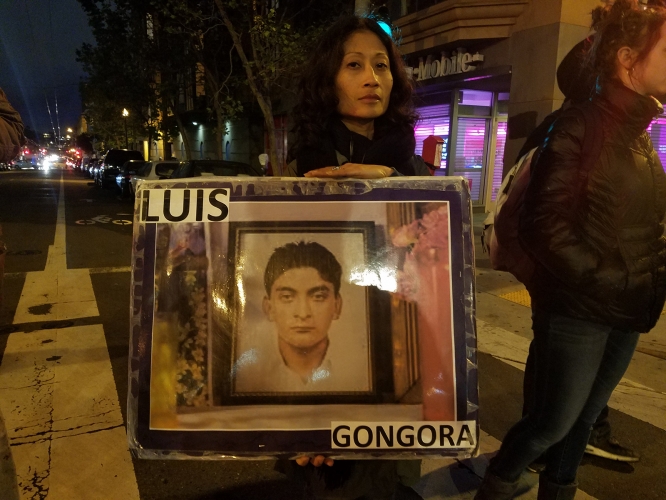 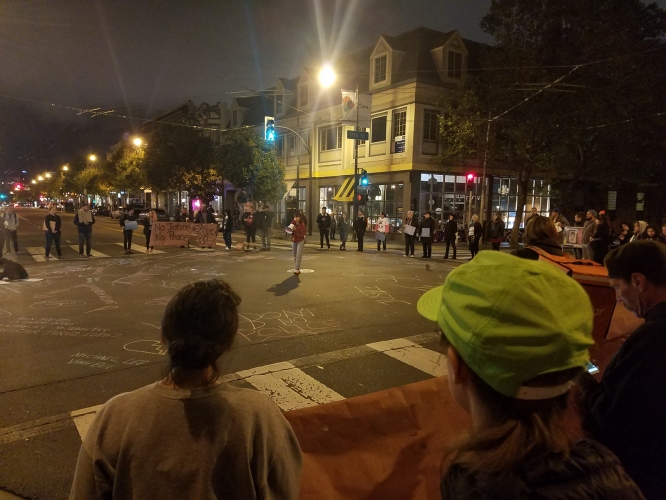 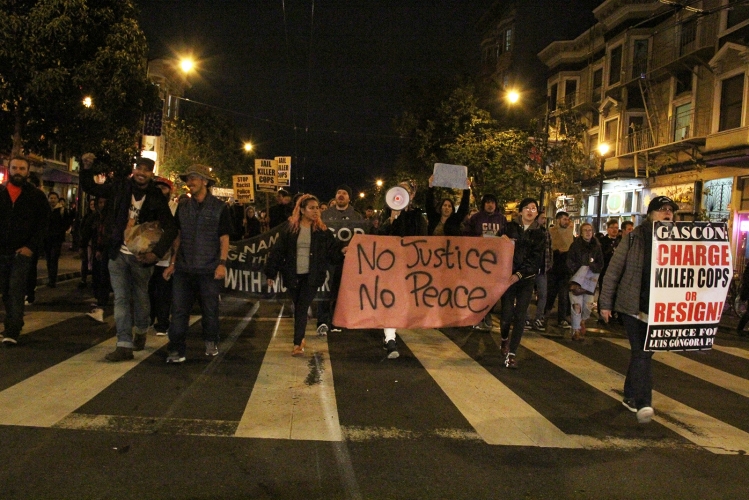 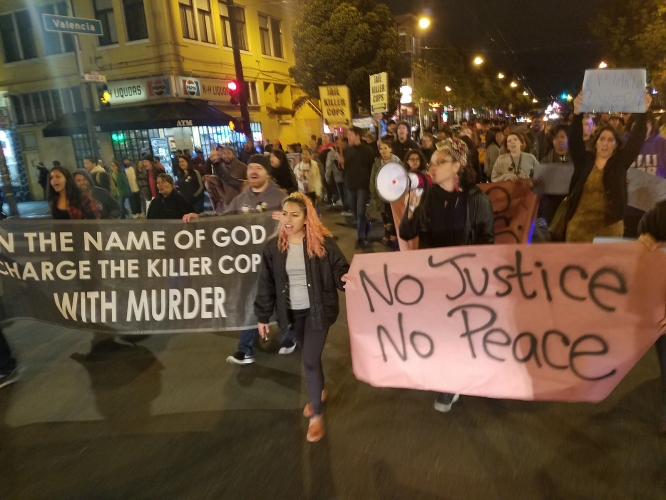 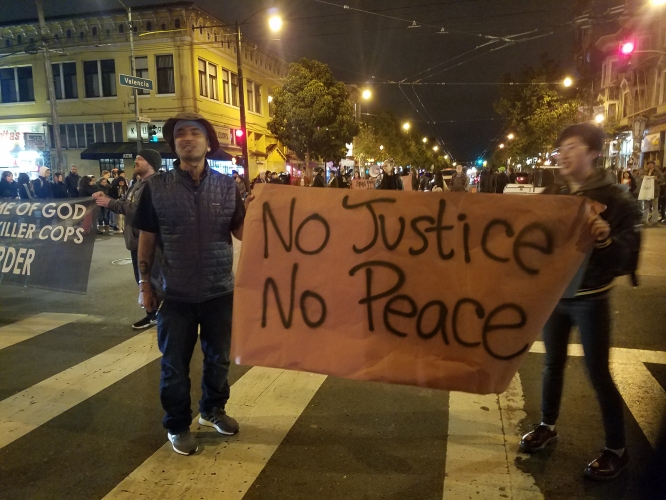 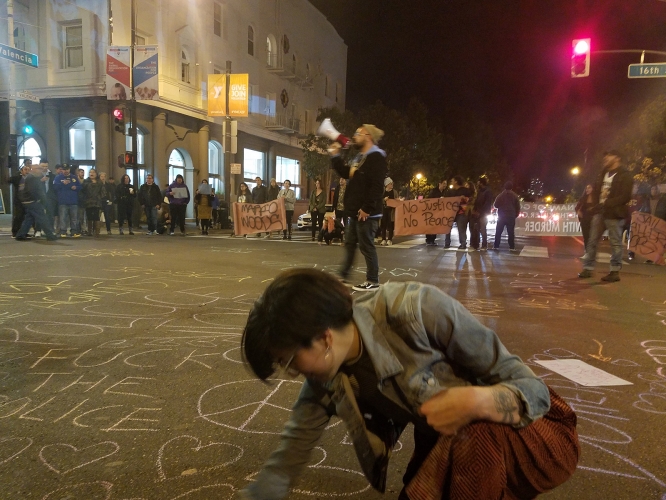 original image (1600x1200)
http://indybay.org/police
§The names and faces of those killed by police in San Francisco, Oakland, and across the US
by Dave Id Sunday May 27th, 2018 12:15 PM
Copy the code below to embed this movie into a web page:
Download Video (8.6MB) | Embed Video
http://indybay.org/police
§Police set up metal barricades around Mission precinct prior to demonstration
by Dave Id Sunday May 27th, 2018 12:15 PM 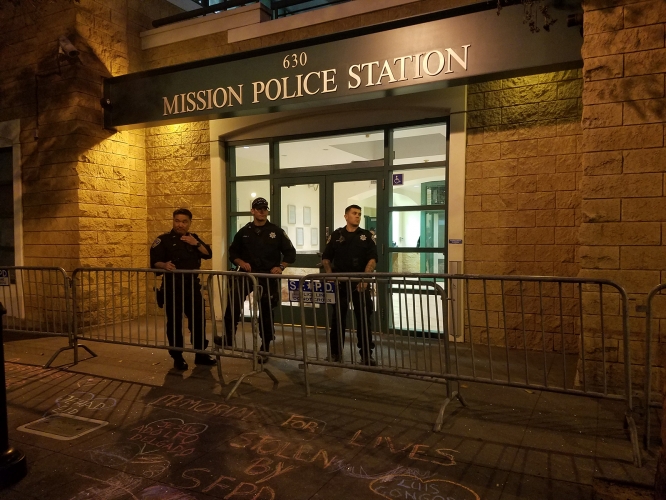 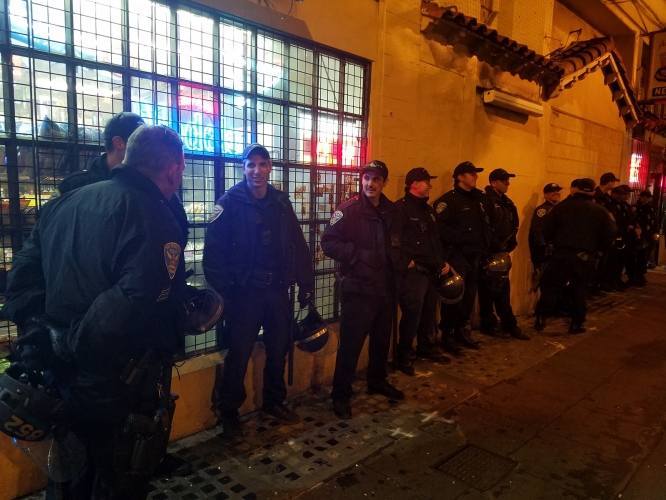 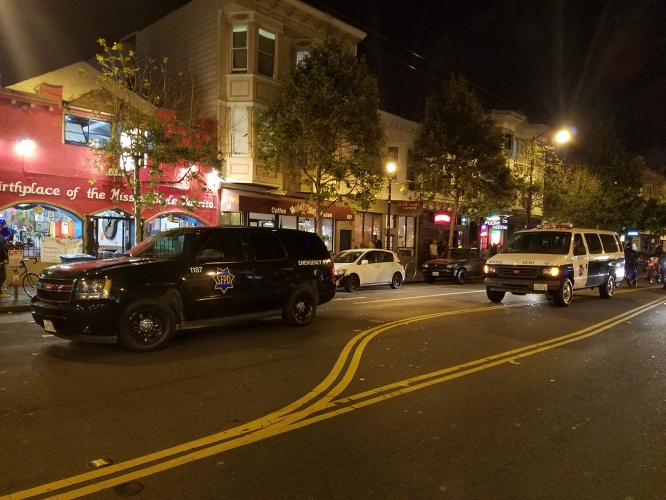 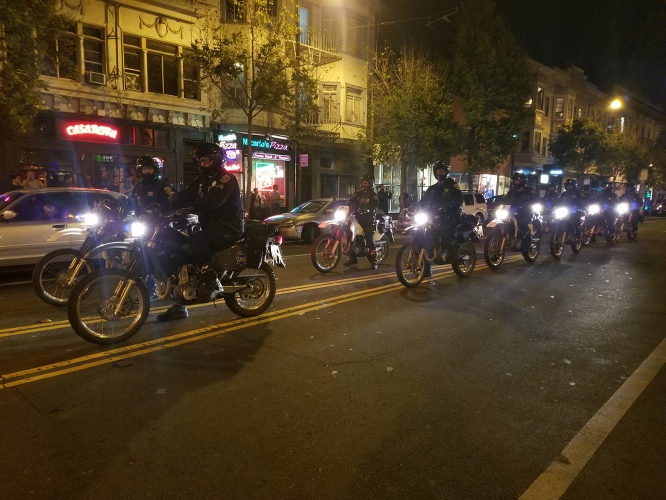 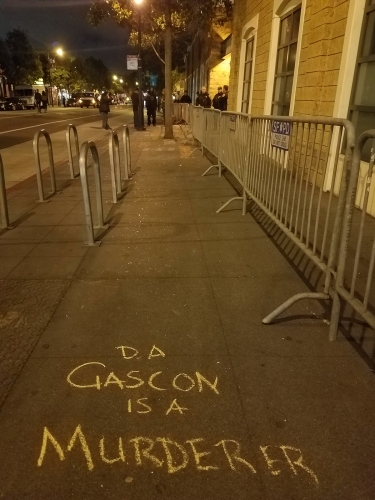 original image (1200x1600)
http://indybay.org/police
§Remembering victims of SFPD, calling for accountability on the sidewalks and streets
by Dave Id Sunday May 27th, 2018 12:15 PM 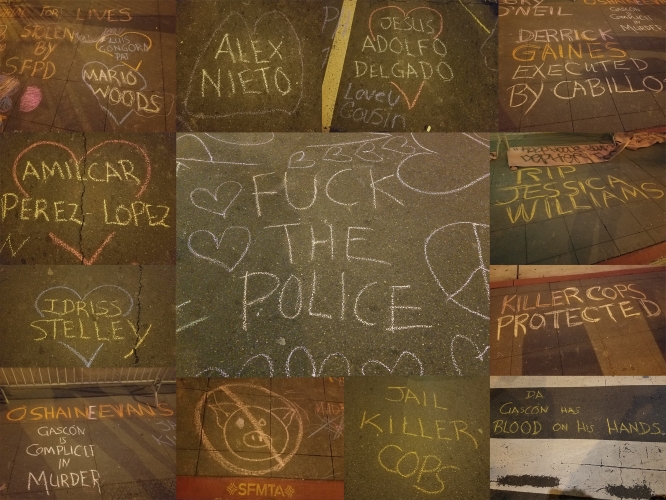