One of their triple witch's brew cocktail has been banned by Ohio courts, and tortured Clayton Lockett for 45 minutes when administered through AG Scott Pruitt's direction

Arkansas has not had an execution since 2005.

2 of the drug companies have said that one of the drugs was purchased illegally and they have gone to court to stop Arkansas from its 'killing spree' of 8 prisoners.

Asa Hutchinson was head of the DEA before becoming governor. The DEA fought legalization of the marijuana, but Hutchinson has no problem with illegally purchasing drugs to kill people.

The 3 drug killer brew purchased illegal includes potassium chloride ('donated') midazolam, the drug banned by Ohio is also the drug which gave agony to Clayton Lockett of Oklahoma for 45 minutes, and vecuronium bromide which paralyzes. 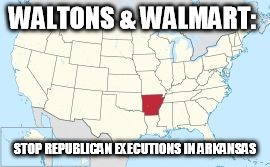 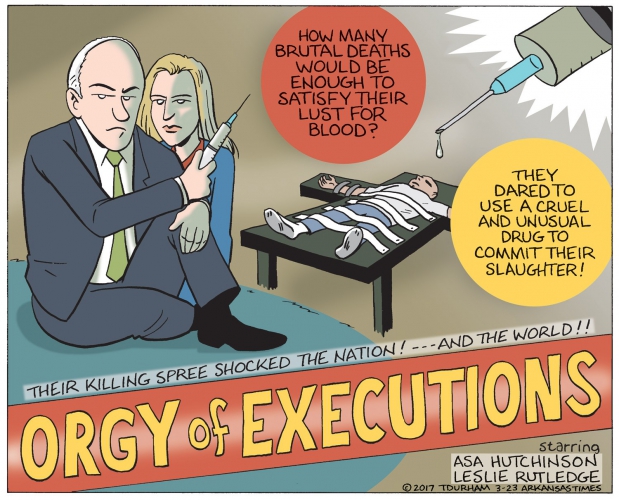 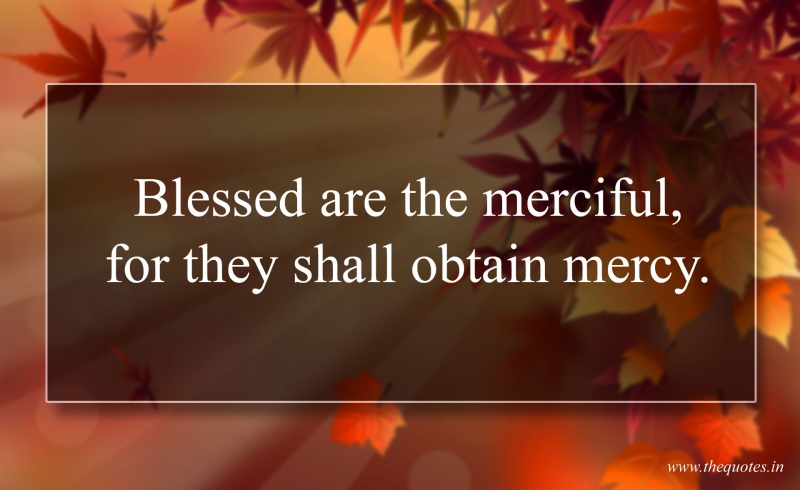 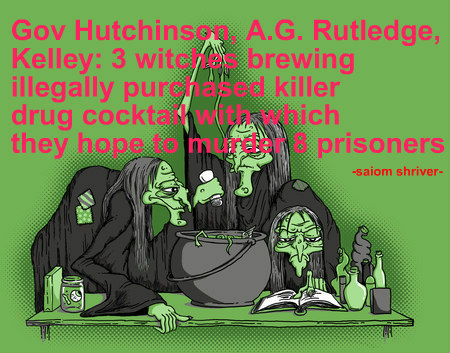 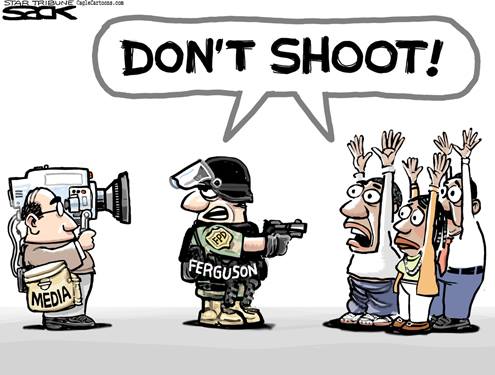 Racist Southern Executing States: 3 to 4 times the executions of blacks on death row as of whites Arkansas is 15% black but half of the proposed executions are of blacks
§
by Abolition 9 Friday Apr 14th, 2017 12:03 PM 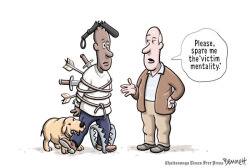 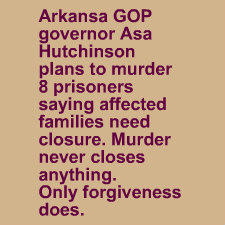