he more that supporters of Senator Bernie Sanders feel that their candidate has been treated unfairly, and that the leadership of the Democrats is resolutely and immovably against him, the more likely his supporters are going to take a long hard look at the Green Party. If Sanders pulls off the political upset of the century (or perhaps any century) and wins the nomination of the Democrats, then that opening will not be there for the Greens; and the party could face its most difficult election ever. 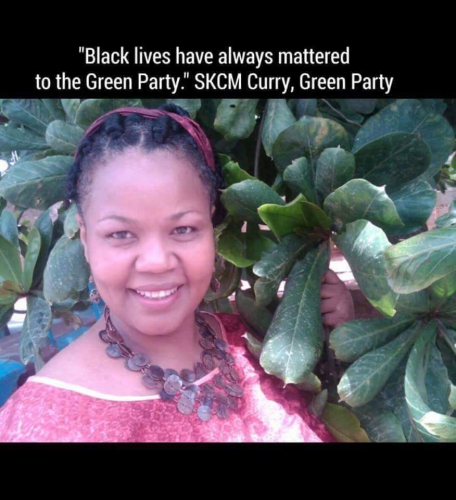 The Green Party is hoping it’s time in the sun is coming. It may come sooner than many think. Or it may never come. Much will depend on who wins the nomination of the Democratic Party.

If the establishment of the Democrats has it’s way and Secretary Hillary Clinton wins the party’s nomination, it could not only be to the advantage of Donald Trump, but to the most developed left wing party in the country – the Green Party of the United States. http://www.gp.org/

Much may depend not only on who the wins the nomination, but how. The more that supporters of Senator Bernie Sanders feel that their candidate has been treated unfairly, and that the leadership of the Democrats is resolutely and immovably against him, the more likely his supporters are going to take a long hard look at the Green Party. If Sanders pulls off the political upset of the century (or perhaps any century) and wins the nomination of the Democrats, then that opening will not be there for the Greens; and the party could face its most difficult election ever.

Most Greens, though not all, think that Sanders’ army of volunteers and supporters are a much better fit for the Green Party than they are for the Democrats. They argue that the platform of the Greens has much in common with that of the Vermont Senator. Its strong commitment to social justice, an anti-war and non-interventionist foreign policy, reducing the military budget, civil rights, legalization of marijuana, and transitioning to renewable energy sources to combat global warming, make it a natural fit for Berners.

The Green Party is positioning itself to recruit Sanders’ supporters who become disaffected from the Democrats. Dr. Jill Stein, the leading contender for the nomination of the Green Party for President, believes that the Green Party is ready to carry into the General Election the struggle for the “political revolution” which has inspired so many.

Stein sent an open letter to Sanders on April 21, praising him and requesting that he contact her to, “...explore an historic collaboration to keep building the revolution beyond the reach of corporate party clutches...” http://www.jill2016.com/stein_invites_sanders_to_cooperate_on_political_revolution?recruiter_id=674292

Stein followed her letter up with a tweet that read, “#SuperTuesday culminates the DNC sabotage of its latest revolutionary. Join us @BernieSanders in building a party where revolution can grow.”

Some of Sanders’ supporters, including quite a number of his most fervent, are urging Bernie to keep running in the General Election if he doesn’t win the Democrats’ nomination. Sanders is being urged to run as an independent, or a write-in candidate, or on a Green Party ticket with Stein. There are a number of petitions circulating on the internet and there is a concerted campaign called “Bernie or Bust” in which his supporters are urged to sign a pledge to either write-in Bernie or vote Green Party. https://citizensagainstplutocracy.wordpress.com/category/bernie-or-bust-pledge/

Despite the very vocal urgings of many supporters, it seems extremely unlikely that Sanders will run in the General Election, if he doesn’t win the nomination of the Democratic Party. Sanders has committed himself on numerous occasions to endorsing whomever the Democrats’ nominate, and to work hard to insure Trump isn’t elected. He has also repeatedly said that whatever happens, he will not be a “spoiler.”

Sanders has declined to respond directly to Stein’s invitation to discuss collaboration, but The Los Angeles Times reported that Sanders was asked if he would consider Stein’s offer before he took the stage at a rally in Santa Monica. His answer was “no.” However, Stein’s overture may well be intended more for his supporters than to Sanders himself.

If Sanders doesn’t get nominated, the Green Party could find itself in the kind of historical moment it has been waiting for since its founding as a national party twenty years ago. (It’s roots go back another ten years.) https://en.wikipedia.org/wiki/History_of_the_Green_Party_of_the_United_States

Soon, there could finally be a relatively large base that is fed up with the Democrats and ready to take a chance on the Green Party. The party could not only receive an unprecedented amount of votes in the General Election, perhaps surpassing Ralph Nader’s vote total of 2000, but an injection of new activists, including many millennials.

With so much at stake, one might think that Green Party activists would be pushing for Clinton to win the Democrats’ nomination. To the contrary, many Greens are supporting Sanders. The Greens have been hit hard by voters changing their registration, at least temporarily, to vote for Sanders. Even some who’ve remained with the Greens have supported Sanders’ campaign. However, whether they’re newly ex-Greens, or Green stalwarts, they are of one mind about Clinton – they don’t trust her, see her as part of the establishment, and view her as an enemy.

Sedinam K.C. Moyowasifza-Curry, is one of four officially recognized candidates, in addition to Stein, seeking the Green Party nomination for President. http://www.gp.org/the_green_party_recognizes_five_candidates_for_the_green_presidential_nomination She told this correspondent, “for the past few weeks polls have shown widespread dissatisfaction with the presumed Democratic and Republican nominees and a desire for more options on the ballot, especially among young voters.” http://thehill.com/blogs/ballot-box/presidential-races/280329-poll-voters-want-independent-candidate-over-clinton-trump

“As our campaign has traveled around our great nation, we have spoken directly with the Democratic membership base, and activists, that are awake to the corruption in their own corporate controlled political party and our flawed election system. 44 percent of American voters have registered as Independent. We are reaching out to them too,” said Moyowasifza-Curry.

Moyowasifza-Curry also believes that the Green Party can become a home for people of color. This has not been a strength, to say the least. In order to do so, “Greens need to adopt a strategy with specifics on how to end White privilege and White supremacy within our national, state and local chapters”, she said. She has proposed a detailed strategy and time line for doing so. “In ending White privilege and White supremacy, we must also come to the understanding that there are no races, only one human species. One example of how this strategy is already being implemented is the Maine Green Party’s discussion on its Facebook page,” she said.
https://www.facebook.com/photo.phpfbid=10152313734628941&set=a.10150436589983941.371238.501753940&type=3&theater

While Republicans find the Greens anathema to what they believe in, it is Democrats that really fear the growth the party. Many Democrats are outspoken in their opposition and hostility to the Green Party. They are fearful that the Greens could be a “spoiler;” and many believe, wrongly, that the Greens, and their candidate Nader, cost Al Gore the election in 2000. http://fair.org/extra/who-won-the-election-who-cares/

original image (1024x409)
Add Your Comments
LATEST COMMENTS ABOUT THIS ARTICLE
Listed below are the latest comments about this post.
These comments are submitted anonymously by website visitors.