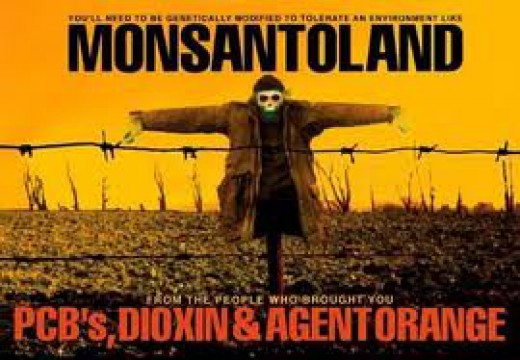 Republicans on US Supreme Court rule Monsanto still owns seeds blown by the wind to neighbors' fields and can violate neighbors' property removing them. Monsanto had sued 22 farmers in the US
https://www.rt.com/usa/monsanto-patents-sue-farmers-547/
*
US: Though Clarence Thomas a former Monsanto attorney, he has refused to recuse himself in Monsanto cases.
http://theprogressivecynic.com/…/justice-clarence-thomas-a…/

A Canadian federal court in Saskatchewan ruled that Monsanto may violate a farmer's property to remove seeds which their Monsanto's negligence caused windblown growth on neigbor property
http://scholarship.law.duke.edu/cgi/viewcontent.cgi…
*
Monsanto in India causing farmer suicides... over 200 of them
Monsanto has a new monopoly on Indian cotton seeds
https://www.rt.com/…/206787-monsanto-india-farmers-suicides/
*
Monsanto in Iraq Paul Bremer, 'czar' of Iraq, formerly with Kissinger Associates, forbade Iraqi farmers from saving their own crop seeds. They were ordered to buy from Monsanto or other countries.
http://markcrispinmiller.com/…/us-forced-iraqis-to-buy-see…/
http://rense.com/general44/not.htm

How senators voted on the bill
http://www.ibtimes.com/monsanto-protection-act-roll-call-ho…

Monsanto 1 of companies killing the world's bees by the tens of millions
http://naturalsociety.com/37-million-bees-found-dead-canad…/

Monsanto's CEO and Board of Directors

Hugh Grant, Monsanto CEO and Chairman of Board

Gregory H. Boyce is Executive Chairman of Peabody Energy Corporation (Peabody is the largest polluting coal company in the world)

C. Steven McMillan is a retired chairman of the board and CEO of Sara Lee Corporation.

In 2001 Sara Lee Corp paid a piddling sum of 209,000 per person for the 21 deaths it caused with contaminated meat (4.4 million for selling contaminated animal flesh which caused 15 deaths and 6 miscarriages) .... Sara Lee is baked goods in the public's eye but a major animal flesh monger as well

William U. Parfet is chairman of the board and chief executive officer of MPI Research Inc.

Robert J. Stevens is a retired chairman of the board and chief executive officer of Lockheed Martin Corporation. (major war profiteer)


Others:
Donald Rumsfeld was in the past on Monsanto's Board. Former USDA Secretary Ann Veneman had connections to the Monsanto and was mentored by the American Meat Institute. 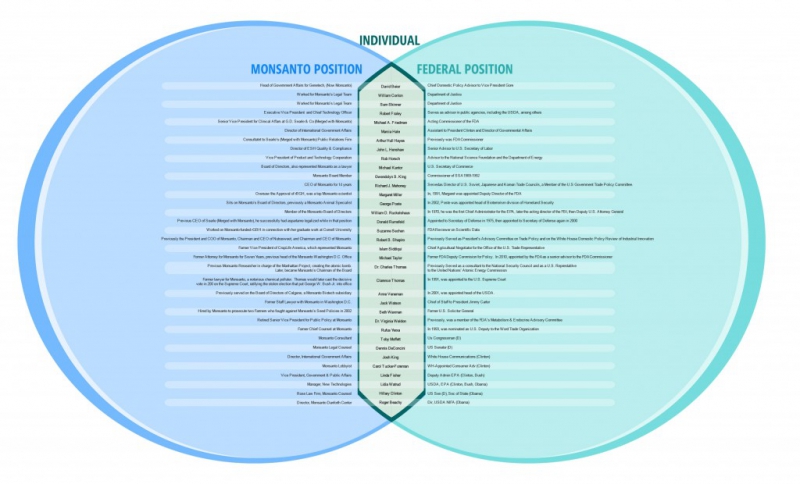 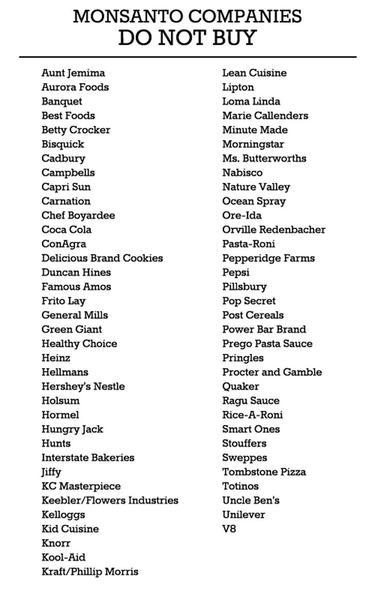 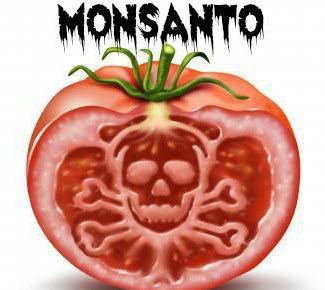