Add an Event
Newswire
Calendar
Features
Home
Donate
From the Open-Publishing Calendar
From the Open-Publishing Newswire
Indybay Feature
Related Categories: Santa Cruz Indymedia | U.S. | Arts + Action | Global Justice & Anti-Capitalism | Media Activism & Independent Media
The downward spiral of Chris Hedges
by Chris Burnett
Thursday Jun 19th, 2014 12:16 AM
Has anyone been following the Chris Hedges plagiarism accusations? For what its worth, my reading is that he appears guilty as charged, and now the feeding frenzy of liberal-to-NeoCon-to-corporatists will jump in on the beat down. Now, before you react, I know some of you will be saying, 'who cares, we always kinda knew that guy was an asshole!" Ok, true, but this case is illustrative of how the system attacks it's critics. 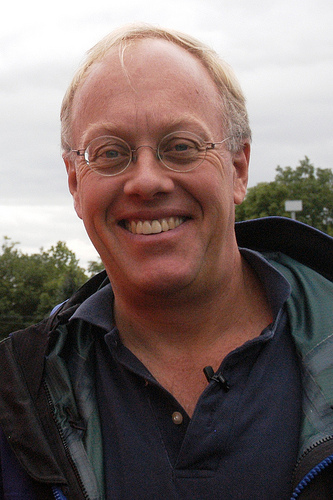 
The downward spiral of Chris Hedges

Has anyone been following the Chris Hedges plagiarism accusations?

For what its worth, my reading is that he appears guilty as charged, and now the feeding frenzy of liberal-to-NeoCon-to-corporatists will jump in on the beat down. The whole thing is pretty sad, because on the one hand, whatever legitimate critiques Hedges has had will be attacked by discrediting him, and on the other, it will be used to attack left critics generally.

Now, before you react, I know some of you will be saying, 'who cares, we always kinda knew that guy was an asshole!" Ok, true, but this case is illustrative of how the system attacks it's critics. I think it's important to consider how the fallout happens. I was the first person to play Hedges on KPFK a long time ago, so I perhaps am a little more interested than most might be.

I appreciated a lot of his writings even if I don't agree with some of what he says. I was always weary of why someone like that even worked for the New York Times! I figured out how full of shit the NYT was (and still is) over 20 years ago! What the fuck was his excuse? Oh right, money and access.

I've read the accusations pretty closely now for the last couple of days, and as I said, they seem legit. I have mixed feelings because it's nice to watch when he is a rabid attack dog going after the corporate state, but not so much fun when he goes crazy on your friends (remember when David Graeber tried to reason with the guy about OWS and the BB?). But it was Hedges who pushed back against the NDAA and fought it in the public arena, and took it to the Supreme Court.

He's also come along way in writing about the history of radical texts, including Bakunin, Kropotkin, Goldman, etc. He's championed Jeremy Hammond and Chelsea Manning. He's done a lot of good work. How stupid for him to go down like this. What's even more disconcerting is his response, which is weak, and full of misdirection and hubris. The guy can't admit ANY fault, as was evident when Graeber reached out to him.

The religious nut-bag side of Hedges always bothered me, like calling atheists "secular fundamentalists". Only a supremely arrogant and sanctimonious asshole would attack the non-religious this way.

And because Hedges loved Occupy Wall St, he couldn't intellectually comprehend that it was anarchist theory and practice that made it successful, so when some minor property destruction happened in Oakland, he proceeded on his version of a Jihad to call anarchists, and the BB tactic, the "Cancer of Occupy", relying on some obscure blog posts which only exposed his incomprehension even more. Totally clueless. Hubris uber alles. He did a hell of a lot of damage with that hit piece, taking a small rift to national public attention, even when he got his facts completely wrong! Total asshole move from someone not even involved in the movement.

I don't think it's a coincidence that people who make a living by being media pundits and polemicists are a little bat shit crazy. They have to constantly perform for a paycheck, and the balancing act of getting paid and not crossing the party line ain't easy. Obviously, the party line is often set by the purse holder, and can often have the effect of taming ones beliefs, or ignoring glaring evidence of state crimes (in the case of 911) for fear of being thrown out on your ass, Sectarian Left Style.

But Hedges was always a kind of "fuck you" guy. He seemed to always say it like he felt it, even if that meant being a stubborn and arrogant dick about it. What a stupid way to go down.

Luckily, I have never taken a regular paycheck for media work, except for a short 2 week stint in the news department at KFPK, and that is not to say that my friends who do are compromised, just that it ain't easy sometimes! In the business of journalism and writing, plagiarism is the journalists' version of a political sex scandal.

And by the way, plagiarism is obviously a serious offense, if that needed to be said. This isn't high school or some random college course. This is the political arena where arguments and credibility matters. Sources must be cited, using another author's work must be cited. When you steal shit, it's not just going to hurt you, but an entire movement. I don't buy that journalistic pressure and deadlines account for these "mistakes".

The sad part of all this is that the New Republic is a kind of corporate democrat outfit that does a lot of BS reporting. I'm not a fan. And there is no doubt that this expose will be used to politically undermine all of Hedges' critiques. But the author, Christopher Ketcham, has written some good articles in defense of people like Julian Assange. His personal grudge is apparently that Hedges lifted some of his wife's work without credit, but he openly admits it.

But Hedges brought this on himself, and it only hurts movements that try to expose corrupt state and corporate power. If Hedges chose to acknowledge some of the "mistakes", and admit he fucked up, some kind of redemption might be possible, but he didn't choose to do that. Instead, he held "strong" and is trying unsuccessfully to weasel his way out of ANY responsibility for his actions. That's a total dick move.

Take a look at the side by side examples that Christopher Ketcham illustrates in his article, especially the Hemingway quotes, which I read as irrefutable evidence of plagiarism. The Naomi Klein, Matt Katz and Neil Postman rip offs are pretty damning. But the most damning is the careful substitutions of pronouns and prepositions in paragraphs that were clearly lifted. You don't use a fine-tuned cutting tool by accident.

Thoughts?
Add Your Comments
LATEST COMMENTS ABOUT THIS ARTICLE
Listed below are the latest comments about this post.
These comments are submitted anonymously by website visitors.