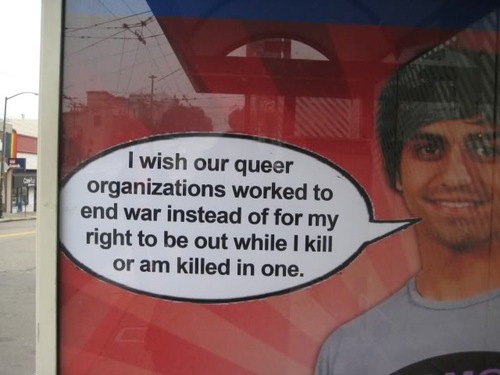 "The U.S. has a larger gender gap than 22 other countries including Germany, Ireland, Nicaragua and Cuba, according to a World Economic Forum report ... [that] rates 136 countries on gender equality, and factors in four categories: economic opportunity, educational attainment, health and political empowerment.” Source, Charles Blow, NYTimes, June 1 2014


Gender isn't dead. But LGBT 'culture' in Santa Cruz appears to be (note the message in the pic. What kind of freakaziod thinks joining the military, or subjecting oneself to state-sanctioned marriage for the social benefits available from capitalist society could POSSIBLY be 'liberation'?)
§
by Queer As In Fuck You Monday Jun 2nd, 2014 7:46 AM 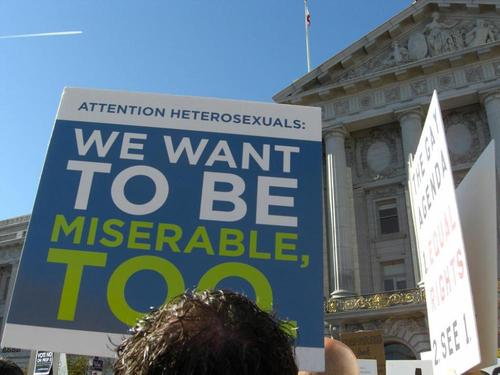 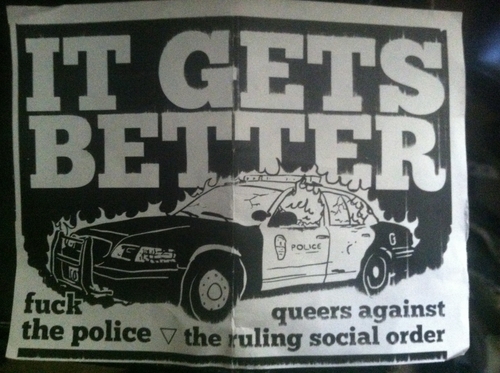 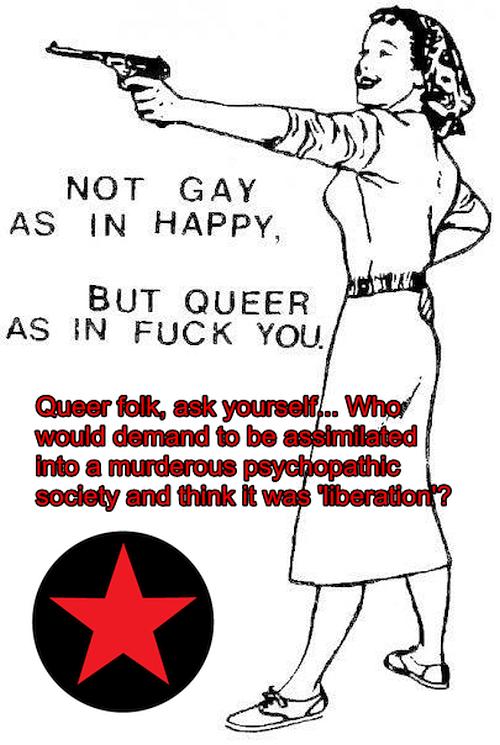 Not just in Santa Cruz. From what I'm seeing, GLBTQ culture is dead nationwide in the US. I've written many articles about it.

The Rainbow Flag is now “too gay?”
http://www.pinkbarrio.com/blog/articles/the-rainbow-flag/

And there are other related articles to this topic on the Blog page at pinkbarrio.com:
http://www.pinkbarrio.com/blog/