Newswire
Calendar
Features
Home
Donate
From the Open-Publishing Calendar
From the Open-Publishing Newswire
Indybay Feature
Publish to Newswire
Add an Event
Related Categories: California | East Bay | Health, Housing & Public Services | Media Activism & Independent Media
"Cooking The Books" Community & Staff Challenge KPFA/KPFK On Morning Mix Cancellation
by Labor Video Project
Thursday May 29th, 2014 7:25 PM
Community activists and labor supporters protested the cancellation of the KPFA "Morning Mix" by the KPFA/Pacifica management. During the protest on May 27, 2014 the manager Richard Pirodsky came out of the building to answer questions from the community and programmers about the cancellation 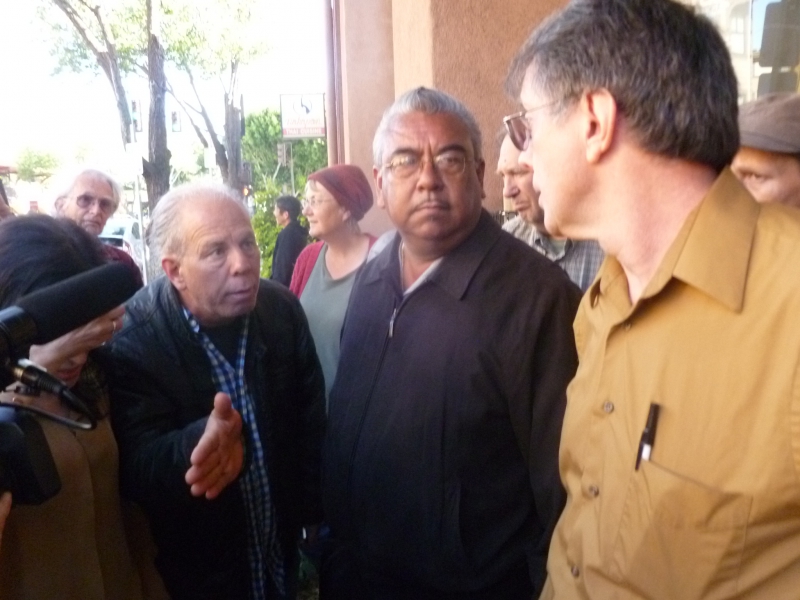 In the second day of protests at KFPA radio station in Berkeley
on May 27, 2014, community supporters and staff protested the
cancellation of the Morning Mix radio segments on prime time to
be replaced by a program called "Uprising" in LA hosted by
Sonali Kolhatkar. Information was also released that Oakland attorney
Dan Seigel whose firm is representing the current management and
board majority and also is running for mayor of Oakland had contributed
$1,000 and this temporary increase in donations which was part of the
justification by KPFA/KPFK management for "Uprising" to replace the
Morning MIx which is a local labor community program production at KPFA
in prime time.

This debate outside KPFA in the morning was not reported on by
the KPFA news managers. 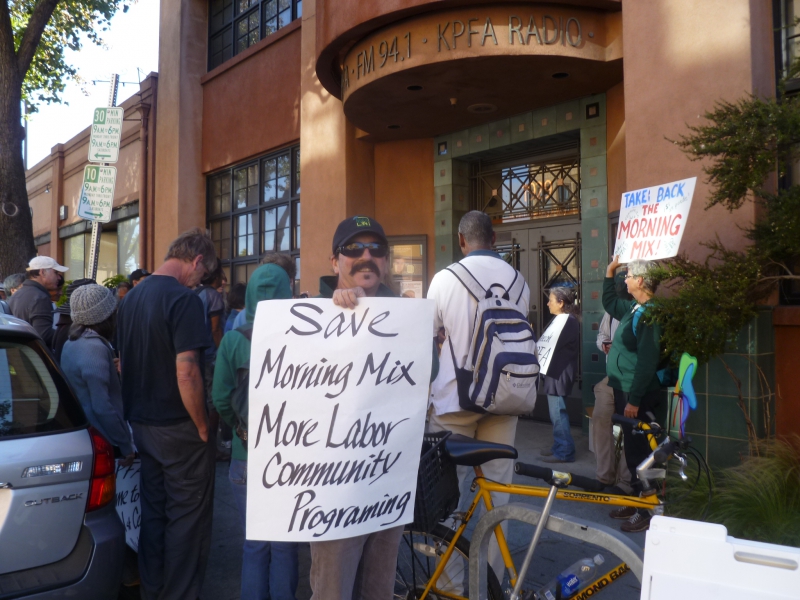 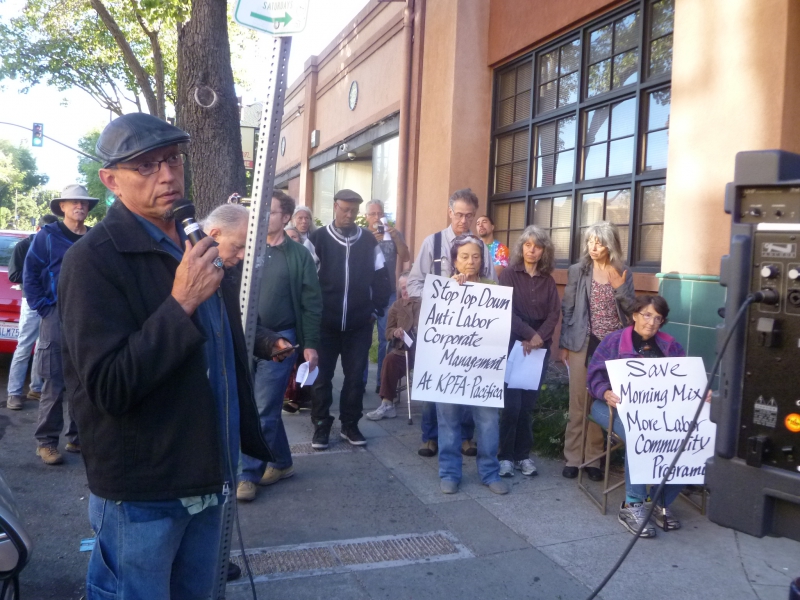 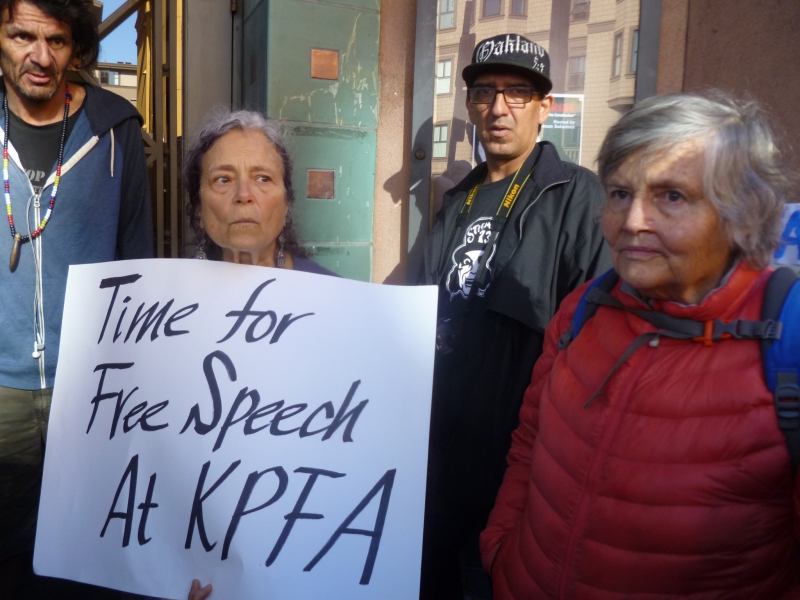 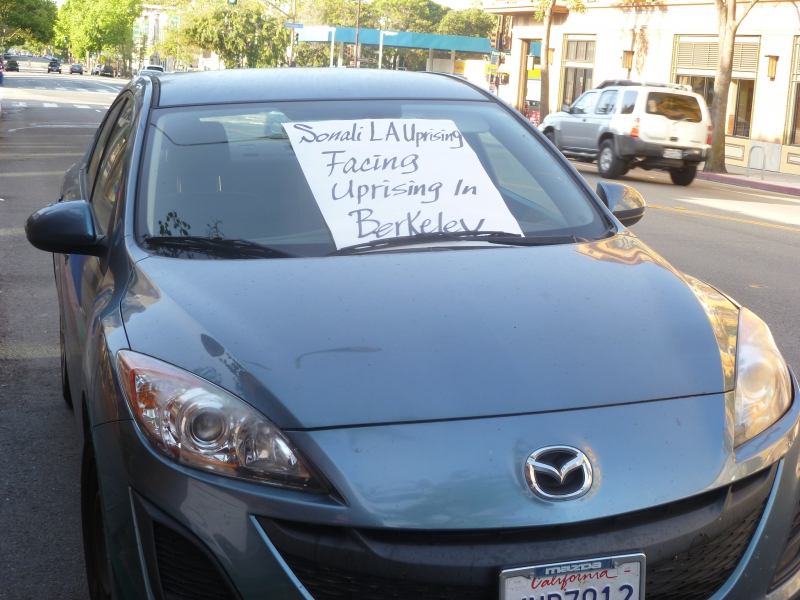 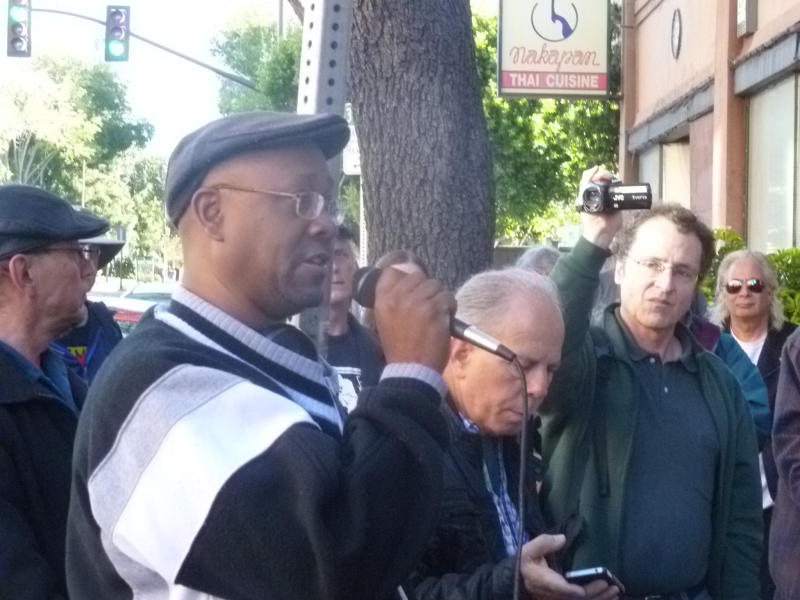 original image (2048x1536)
KFPA programmer Davy D spoke in favor of keeping the Morning Mix on KPFA and called this fight about the rights of the local communities and poor to hear their voices
https://www.youtube.com/watch?v=m8Y-icnckfo
§KPFA Manager Pirodsky Confronted
by Labor Video Project Thursday May 29th, 2014 7:25 PM 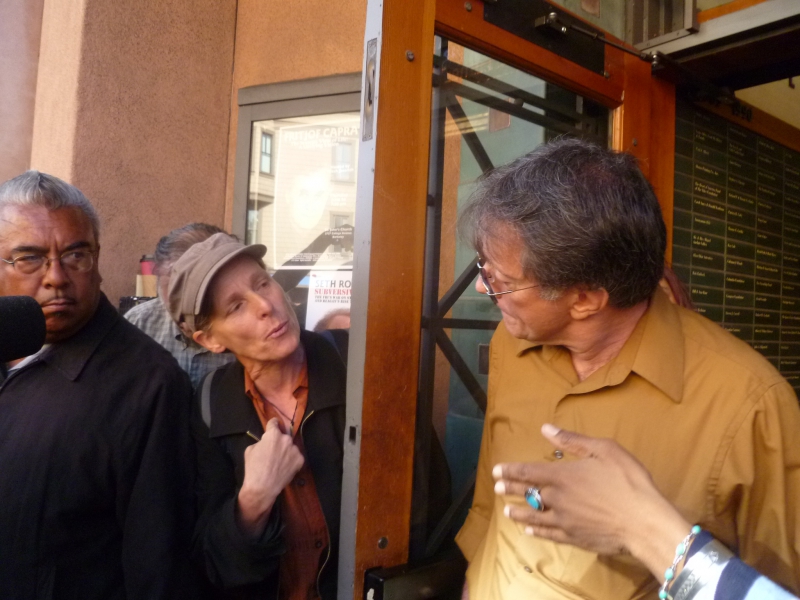 original image (2048x1536)
KPFA manager Richard Pirodsky was confronted by programmers and community supporters of KPFA who are angry about the unilateral conciliation of the local prime time line up of the Morning Mix.
https://www.youtube.com/watch?v=m8Y-icnckfo
§Sonali Kolhatkar-The New "star" at KPFA
by Labor Video Project Thursday May 29th, 2014 7:25 PM 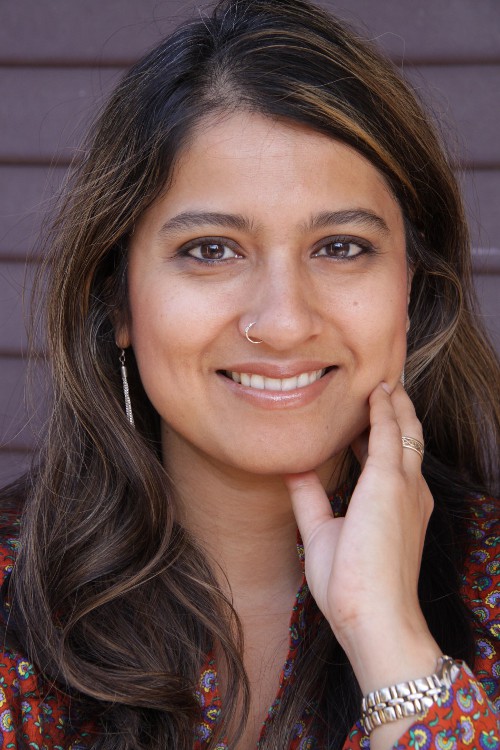 Sonali Kolhatkar the host of "Uprising" has been pitched as a new "star" at KPFA by the "Save KPFA" and their supporters like Pacifica Foundation attorney Dan Siegel who is also running for mayor of Oakland and donated $1000 to Sonali's show building up her numbers. The management then argued that she was raising tremendous new money.
https://www.youtube.com/watch?v=m8Y-icnckfo
Add Your Comments
LATEST COMMENTS ABOUT THIS ARTICLE
Listed below are the latest comments about this post.
These comments are submitted anonymously by website visitors.