Add an Event
Newswire
Calendar
Features
Home
Donate
From the Open-Publishing Calendar
From the Open-Publishing Newswire
Indybay Feature
Publish to Newswire
Add an Event
Related Categories: California | Central Valley | Environment & Forest Defense | Government & Elections
Draft implementing agreement for tunnel plan to be released
by Dan Bacher
Thursday May 29th, 2014 3:37 PM
“We haven’t completed the plan on schedule as we would have liked, but we will make a public announcement on the Draft IA and EIS in the next few days," said Mark Cowin, Director of the Department of Water Resources. "In a perfect world we would have released the documents one month ago, but the drought emergency diverted our attention away from completing it. We have delayed the completion of the draft agreement much longer than we wanted to." 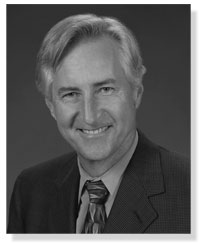 Draft implementing agreement for tunnel plan to be released

The Department of Water Resources (DWR) and Natural Resources Agency held a pre-briefing on May 28 with water agency representatives and others about the draft Bay Delta Conservation Plan (BDCP) Implementing Agreement (IA) that they are preparing to release for public review and comment within the next few days.

The meeting was held from 4:30-5:10 pm in the DWR Director’s Conference Room. Others participated in the "pre-briefing” by phone. Karla Nemeth of the Natural Resources Agency and David Murrillo of the U.S. Bureau of Reclamation ran the meeting.

"The state and federal agencies have been working on a draft agreement," said Karla Nemeth of the Natural Resources Agency. "It is a creature of the Natural Communities Conservation Planning (NCCP) Act and defines the obligations of permitees and permitters. We will have the draft agreement available to the public in the next few days - and the 60 day public comment period will open. There has been a lot of interest in the documents."

Mark Cowin, Director of the Department of Water Resources, explained the reason for the delay in the release of the document.

“We haven’t completed the plan on schedule as we would have liked, but we will make a public announcement on the Draft IA and EIS in the next few days," said Cowin. "In a perfect world we would have released the documents one month ago, but the drought emergency diverted our attention away from completing it. We have delayed the completion of the draft agreement much longer than we wanted to."

David Murrillo of the U.S. Bureau of Reclamation said there will be a "slight difference" between the implementing agreement and the other BDCP documents, but that it "pretty much falls in line" with the BDCP.

In addition to the agreement, there will be two Memorandums of Understanding (MOUs) that will also go through public review and comment periods. The two new MOUs will (1) address Reclamation's commitment to the BDCP as a whole, co-signed with DWR at a minimum, and (2) be signed by Reclamation and DWR to address operation of the Twin Tunnels project.

The officials indicated that they are still considering extending the BDCP to accommodate the 60-day review period needed for the Draft IA. This will be resolved upon release of the Draft IA "in a few days."

Kaylee Allen of the U.S. Department of the Interior noted that the Bureau of Reclamation cannot be a signatory to the document because of legal reasons pertaining to Section 10 of the Endangered Species Act (ESA).

Cowin also stated, "Nothing in the draft will change the terms of flow criteria for upstream water users. The State Water Board still trumps any commitments in BDCP. We all have a mutual interest to work toward a comprehensive agreement on how to operate the project. I don't think the Draft IA affects what the Board does or will do."

The Draft IA also does not contain any resolution to financing issues/questions, according to Cowin. Murrillo agreed, stating "we haven't had much financing discussions" related to the Draft IA.

Jeff Sutton of TCCA asked whether the High Outflow alternative is selected in the draft. Ren Lohoefner of USFWS stated that the Draft IA is "not the place" for that decision. He said that decision will be made at the permitting stage.

Osha Meserve, lawyer for local agencies of the North Delta, made two points regarding governance issues, since there have been a lot of local concerns.

First, the public comments for the implementing agreement should be posted on the BDCP website.

Second, it would be appropriate to restart the governance work group process in order to provide a forum for discussion of the draft ia in the context of the BDCP.

Karla Nemeth replied that those are good comments, and "we'll see what we can do."

Cowin ended the meeting/call saying that there will be an announcement about the public comment period within the “next two days.”

A broad coalition of Delta residents, Indian Tribes, fishing groups, conservation organizations, environmental justice groups, family farmers and elected officials opposes the construction of the peripheral tunnels because it would hasten the extinction of Central Valley salmon and Delta fish populations and devastate an array of fish species in San Francisco Bay and the ocean. The construction of the twin tunnels would also imperil the salmon and steelhead populations of the Trinity and Klamath rivers.

The habitat restoration proposed under the BDCP would take vast tracts of Delta farmland, among the most fertile on the planet, out of production in order to irrigate drainage-impaired land farmed by corporate mega-growers on the west side of the San Joaquin Valley.