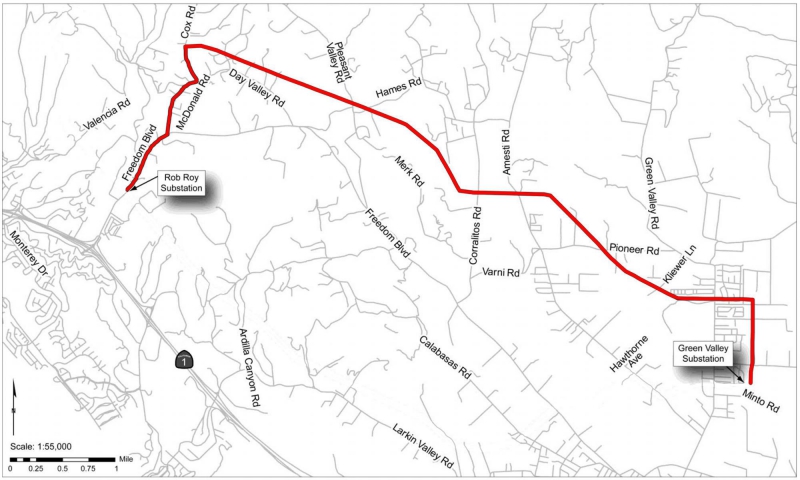 original image (2000x1200)
"NOPOC supports the goal of a reliable power system, but we have grave concerns about PG&E's proposal to achieve this objective," said Dr. Thomas Barker, a founding member of the organization. "This industrial/commercial scale project is inappropriate and incompatible with the character and values of the community.

"The proposed project will see more than 80 steel poles, many as tall as 10-story buildings, erected in rural residential neighborhoods," Barker explained. "To install these enormous metal structures, PG&E plans to construct landing pads in an apple orchard and fly heavy cargo helicopters six days a week for 10 hours a day over homes, schools, and businesses for up to 18 months. The project will also require the destruction of more than 150 mature trees and the permanent removal of vegetation, which will adversely impact the ecosystem and the aesthetics of the community."

NOPOC members have been instrumental in raising public awareness about the proposed project. When PG&E attempted to undertake the project without an Environmental Impact Report (EIR), the California Public Utilities Commission received hundreds of comments requesting a comprehensive EIR. The CPUC consequently ordered an EIR, and received more than 200 additional public comments regarding the scope of the report.

"We are asking PG&E to justify the rationale for this proposed project and to explore alternatives to achieve the stated goal," said NOPOC spokesperson Jim Kerr. "We are speaking out because this proposed project is not subject to review and approval by our elected representatives and local officials, even if it conflicts with zoning regulations and the County General Plan. PG&E has proposed an engineering solution; we are seeking a community-based human solution.

"NOPOC encourages residents to become informed and involved by volunteering, making donations, and sending comments to the California Public Utilities Commission," Kerr continued. "We need funds to pay for legal advice and expert analysis of PG&E's proposal in order to win this fight against a powerful and wealthy monopoly."

About NOPOC: Neighbors Organized to Protect Our Community is a grassroots association of Santa Cruz County residents and concerned citizens who are working together to preserve and protect the natural beauty and character of the community. The association seeks to raise awareness of the impact of the proposed PG&E Santa Cruz 115 kV Project on the environment, wildlife, livestock, agriculture, businesses, and homes in the affected area.

NOPOC on Facebook: https://www.facebook.com/neighborsOrganized
§EIR Notice of Preparation
by Neighbors Organized to Protect Our Community Thursday Apr 17th, 2014 6:39 AM 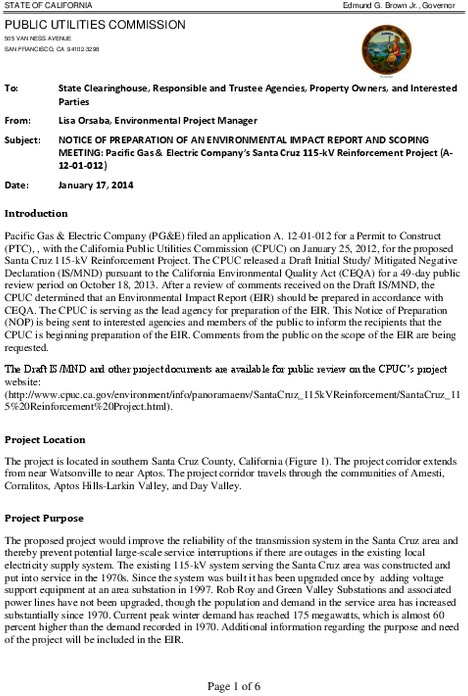 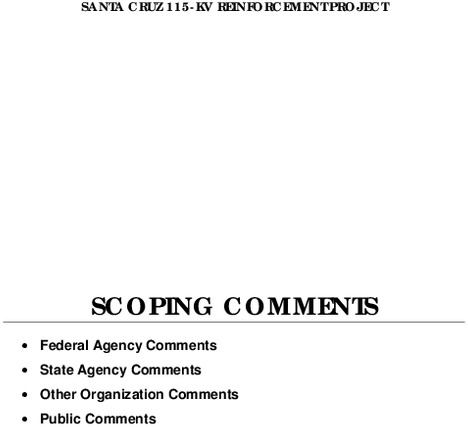 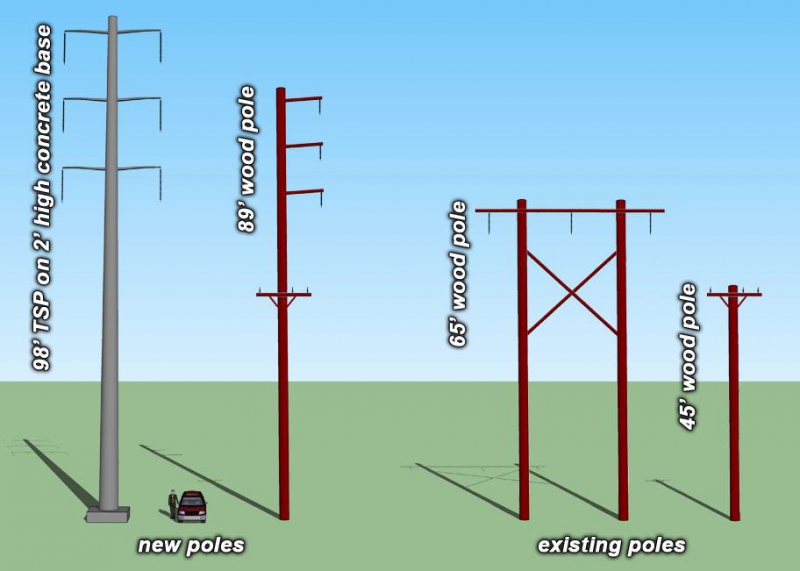 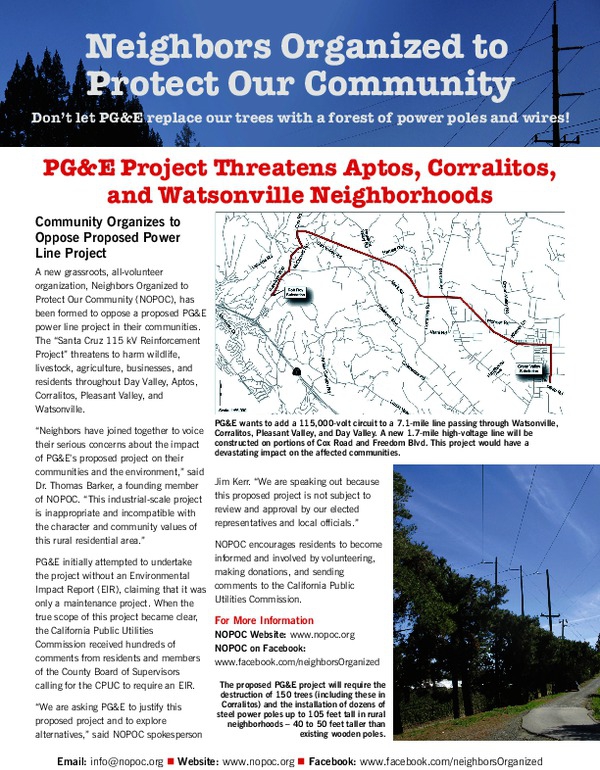 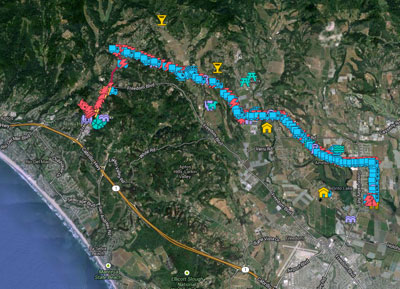 Screen cap from Google interactive Map of project. For actual map, see:
https://mapsengine.google.com/map/u/0/edit?hl=en&authuser=0∣=zX8zwGa9ccCY.kJU2k3xKgeeM&pli=1
Add Your Comments
LATEST COMMENTS ABOUT THIS ARTICLE
Listed below are the latest comments about this post.
These comments are submitted anonymously by website visitors.