Add an Event
Newswire
Calendar
Features
Home
Donate
From the Open-Publishing Calendar
From the Open-Publishing Newswire
Indybay Feature
Publish to Newswire
Add an Event
Related Categories: U.S. | Environment & Forest Defense
Frogs, Salamanders, turtles declining rapidly in US due to climate change and habitat loss
by Takver - Climate IMC
Sunday Jun 9th, 2013 2:54 AM
A recent study revealed amphibian declines are occurring much more rapidly and more widespread than expected in species populations across the United States, even in protected national parks and wildlife refuges. 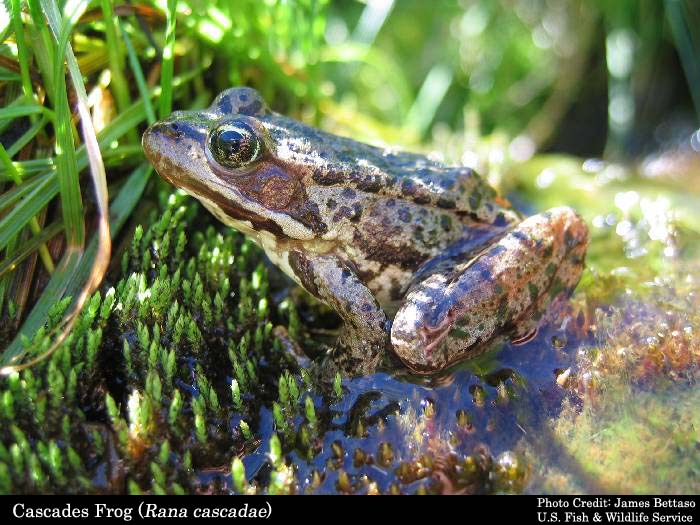 "This new study confirms that our country's amphibians are facing an extinction crisis that demands aggressive action to tackle threats like habitat destruction and climate change," said Collette Adkins Giese, a Center for Biological Diversity biologist and attorney focusing on protection of amphibians and reptiles. "Scientists have known for a long time that frogs, toads and salamanders are in big trouble, but the declines this study documents are surprising and disturbing."

The study was lead by scientists from the U.S. Geological Survey and was published in Plos One as Trends in Amphibian Occupancy in the United States (Michael J. Adams et al). The researchers concluded:

"We found that overall occupancy by amphibians declined 3.7% annually from 2002 to 2011. Species that are Red-listed by the International Union for Conservation of Nature (IUCN) declined an average of 11.6% annually. All subsets of data examined had a declining trend including species in the IUCN Least Concern category. This analysis suggests that amphibian declines may be more widespread and severe than previously realized."

"Threats like habitat loss, disease and climate change are pushing many frogs, toads and salamanders to the brink of extinction. That's why we're working hard to get the rarest amphibians protected under the Endangered Species Act," said Adkins Giese. "The Endangered Species Act has a track record of saving 99 percent of animals under its care. It's the best tool we have to help reverse this accelerating loss of amphibians."

Amphibians are sensitive to small environmental changes, making them signature species indicative of the health of water environments, habitats and ecosystems. Globally, more than 1,900 species of frogs, toads and salamanders, fully 30 percent of the world's amphibians, are at risk of dying out according to the International Union for Conservation of Nature's 2011 Red List.

Read more from the Center for Biological Diversity on the Amphibian and reptile Extinction crisis. 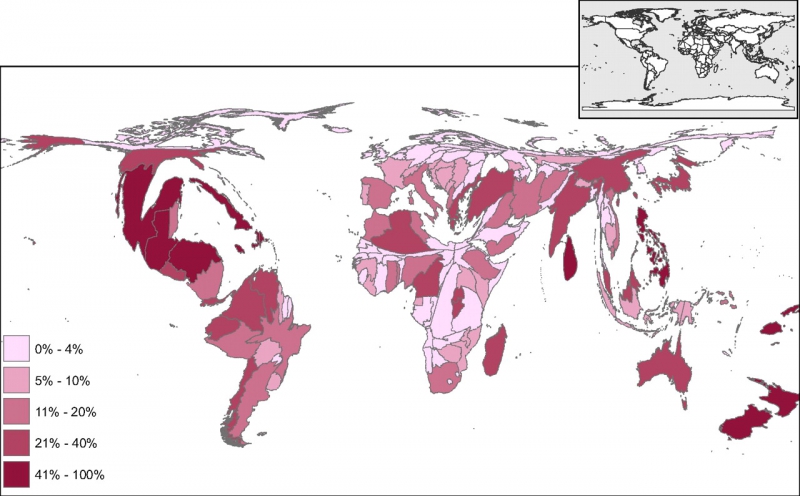 original image (1280x795)
Caption Fig. 2.: Percentage of amphibian fauna in each country in the top three categories of threat (Critically Endangered, Endangered, and Threatened) Visualization based on density-equalizing cartograms prepared by M. Koo. from Wake and Vredenburg (2008), PNAS, Are we in the midst of the sixth mass extinction? A view from the world of amphibians
http://www.pnas.org/content/105/suppl.1/11466.long
Add Your Comments
Support Independent Media
We are 100% volunteer and depend on your participation to sustain our efforts!