Add an Event
Newswire
Calendar
Features
Home
Donate
From the Open-Publishing Calendar
From the Open-Publishing Newswire
Indybay Feature
Publish to Newswire
Add an Event
Related Categories: California | Anti-War | Government & Elections | Police State & Prisons
California Assembly passes bill in opposition to indefinite detention provisions of NDAA
by Nadia Kayyali
Wednesday Jun 5th, 2013 1:48 PM
A California bill, AB 351, passed by the state Assembly on 5/31/13, if also passed by the California Senate and signed by the governor, would make it illegal for any California agency or employee to cooperate with the US Armed Forces in any investigation, prosecution, or detention of a person within California under the NDAA, the Authorization for Use of Military Force, or any other federal law. Shahid Buttar of the Bill of Rights Defense Committee, a national organization which organizes grass roots support for this bill and for others like it around the country, said that the passage of AB 351 by the California Assembly demonstrates support across California "... for due process principles that have been largely ignored by Congress in its ongoing bipartisan assault on the rights of the American people." 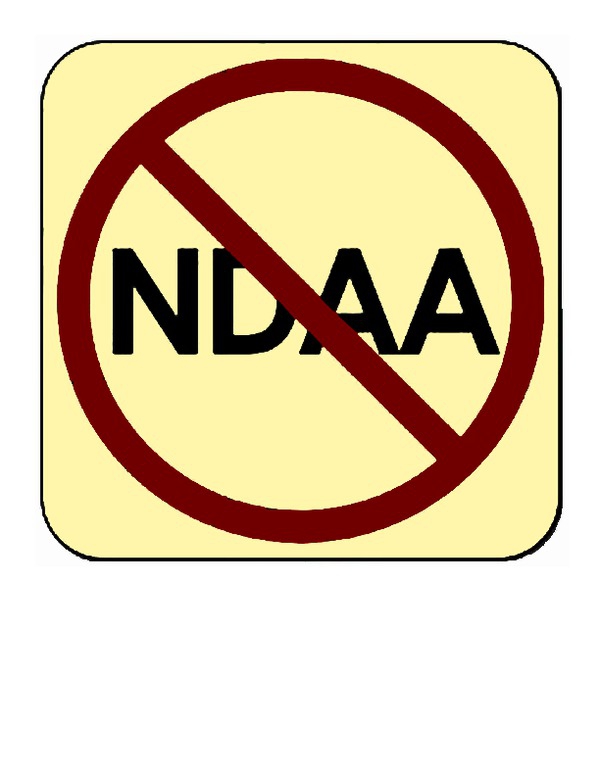 This week, the California State Assembly voted nearly unanimously to approve Assembly Bill 351 (AB351). The final tally was 71 in favor and 1 opposing. The law is the most recent in a string of state laws opposing indefinite military detention as allowed by the National Defense Authorization Act (NDAA).

Art Persyko, an activist with the San Francisco 99% Coalition who put in tireless work to support AB 351, stated:
This is very exciting news for those of us in the SF 99% Coalition and our local allies who’ve been working to oppose the indefinite detention provisions of the NDAA for the past year or so. It’s great to see the California legislature stepping up and standing up for the civil liberties of everyone who lives in our state. With this vote for AB 351, and with our diverse statewide coalition of allies, I am now confident that we can get this bill through the Senate and onto the Governor’s desk for his signature.

The bill was pared down significantly from its original language, but the essential operative clauses were left in place. They added to the Penal Code the following language:
[N]o agency of the State of California, no political subdivision of this state, no employee of an agency, or a political subdivision, of this state acting in his or her official capacity, and no member of the California National Guard on official state duty shall knowingly aid an agency of the Armed Forces of the United States in any investigation, prosecution, or detention of a person within California . . .
The language specifically includes detention under the NDAA, the Authorization for Use of Military Force, and “any other federal law.” It also, unlike Senator Feinstein’s shoddy fix to the NDAA last year, protects all persons in California regardless of citizenship status.


Although it was sponsored by a Republican, AB 351 was supported by Californian from across the political spectrum, including the Tenth Amendment Center and the San Francisco 99% Coalition, as well as organizations in Los Angeles and Southern California working to pass resolutions against indefinite military detention. The 99% Coalition was one of the main driving forces behind the resolution opposing indefinite military detention passed by the San Francisco Board of Supervisors unanimously in February.

The 99% Coalition attended the initial hearing of the bill in the Public Safety Committee, and urged Assemblymember and Committee Chair Tom Ammiano to move the bill out of of committee. Assemblymember Ammiano represents San Francisco. BORDC sent a letter to the committee in support of the bill, stating:
The groups we work with are diverse and transpartisan….With such a wide swathe of Californians supporting action against the NDAA’s indefinite military detention provisions, I urge you to vote to move AB 351 out of committee. President Obama signed the 2013 NDAA without any comment on the indefinite military detention provisions, and even Senator Feinstein’s problematic due process amendment was removed from the 2013 NDAA when the bill went to committee. Clearly, the conversation is stalled at the federal level. However, California is seen as a national policy leader. By taking leadership on this important issue, we will ensure that civil liberties are front and center at a national level.

Both the Coalition and BORDC emphasized that California has a history of unconstitutional detention, as demonstrated by the internment of Japanese-Americans, along with Italian and German Americans, during World War II. In calls, letters, and testimony, supporters of the bill noted that the issue should not be one of political parties or motives, but rather a shared respect for the constitution. The Public Safety Committee voted unanimously to move the bill forward.

Grassroots activists repeated their message that AB 351 was about constitutional rights, not politics, to the Appropriations Committee. The result was that the bill made it to the floor for the May 30 vote. AB 351 is a shining example of the power of grassroots activism. As Janet Weil of Codepink and the 99% Coalition noted:

The more people, including elected officials who take an oath to the constitution, consider the indefinite detention provisions of the NDAA, the more they wish to register their opposition to it.

It is grassroots activism that brings these issues to the forefront.

The message that constitutional rights were at stake was clear by the statements made by Assemblymembers on the floor:

Democratic Assemblymember Mariko Yamada of Davis affirmed the horrors that people experienced during the internment years and mentioned that it affected her own family as well. ’We certainly do not wish to see a repeat of this ugly chapter based on wartime hysteria and racism. On behalf of my own family and all of those who did suffer through these indignities, I respectfully request an aye vote on AB351.’

The passage of AB 351 reflects the unanimous support across California, one of our country’s greatest states, for Due Process principles ignored by Congress in its ongoing bipartisan assault on the rights of the American people.

It is clear that California’s leadership on this issue could change the national conversation. The next step is for the State Senate to pass the bill, and grassroots action has never been more crucial. IF you are in California, you can contact your state Senator to let them know what you think. You can also contact us at nadia [at] bordc [dot] org to hear more about state organizing efforts. We have local campaigns in San Francisco and Southern California as well.
http://www.constitutioncampaign.org/blog/?...
Add Your Comments
Support Independent Media
We are 100% volunteer and depend on your participation to sustain our efforts!