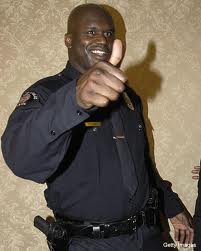 SHAQUILLE O'NEAL STABS MUMIA ABU-JAMAL IN THE BACK

A documentary movie about the long-time political prisoner Mumia Abu-Jamal (Mumia: Long Distance Revolutionary) had been scheduled to open at the Cineplex-12 Theater in Newark, N.J., this spring. The documentary has been playing to full houses on extended runs in more than 20 cities in the U.S. and Canada, including Oakland, New York, Philly, New Orleans, Seattle, D.C, and Calgary, and the Newark theater had planned a gala opening--until Shaq O'Neal, co-owner of the theater, stepped in and cancelled it at the last minute.

Shaquille O'Neal has long been a wannabe cop. He says he was “raised” by the Newark Police; he's a big supported of the Fraternal Order of Police (FOP) and a “reserve police officer” in a number of cities; on a “ride along” in Baton Rouge police internal affairs accused him (then cleared him) of flushing a suspect's head in a toilet. His canceling of the movie furthers a 30-year campaign by the FOP to see that Mumia dies in prison.

Mumia supporters including the documentary filmmaker Stephen Vittoria demonstrated at the Newark theater. In Oakland protesters came to the NBA playoff game from the Oakland Teachers for Mumia, the Labor Action Committee to Free Mumia Abu-Jamal, and the Port Workers Solidarity Committee. The slogans on the pickets signs included: “Shame on Shaq”, “Show the Movie”, and “Say It Ain't So Shaq”, and pointed out that while NBA superstar LeBron James spoke out for Trayvon Martin when that teenager was killed by a “reserve” wannabe cop, Shaquille O'Neal instead chose to attack Mumia.

To find out about seeing the movie for yourself go to http://www.mumia-themovie.com
§
by gerald smith Monday May 13th, 2013 5:48 PM 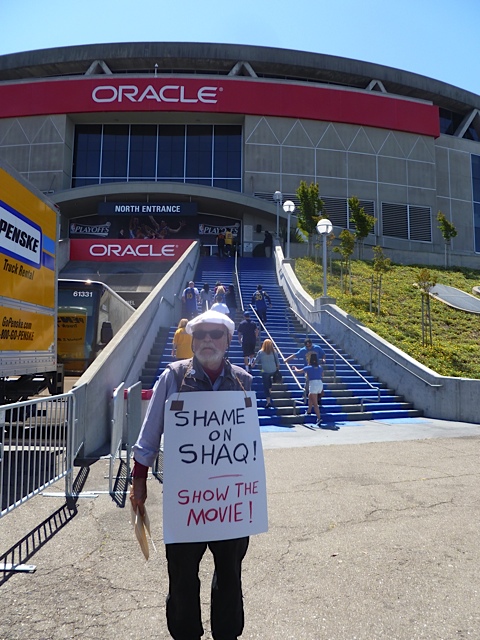