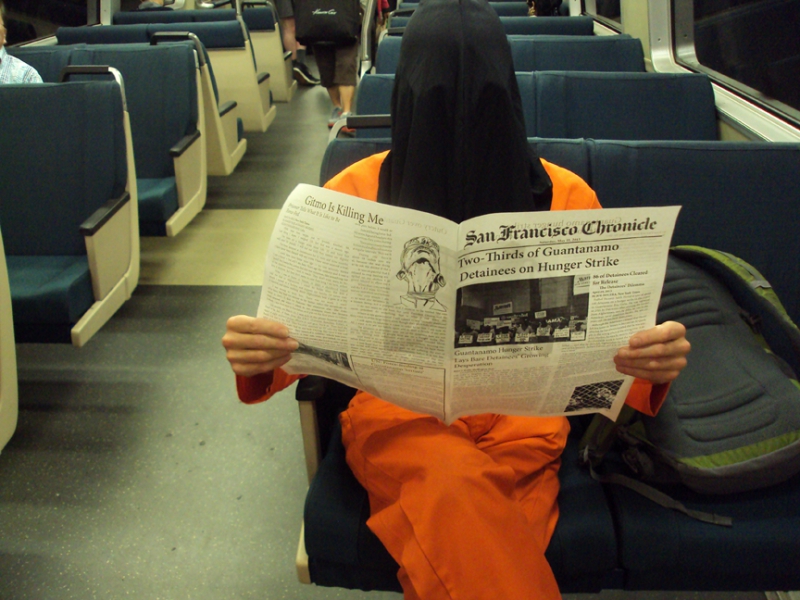 original image (864x648)
Inspired by an action organized by the London Guantanamo Campaign, anti-torture activists boarded BART trains on Saturday wearing the iconic orange jumpsuits and black hoods associated with detainees at Guantanamo. Somewhat ironically, the hooded prisoners read a newspaper filled with news about the prisoners' hunger strike, which after two months has finally succeeded in doing what none of us have been able to do for the last 11 years - awaken public awareness and discussion of the ethical and legal problems of holding people indefinitely with no charges.

86 of the 166 prisoners held by the US at Guantanamo have been cleared for release, but have little hope of being free. The vast majority of the others are "considered dangerous" by the Pentagon and CIA but can never be tried for any crime, either because there is no evidence against them or because what there is was obtained through torture.

Transit riders were engaged by the theater, actively requesting copies of our flier. Hopefully that translates into action and people will pressure Obama not only to follow through on his promise to "close Guantanamo" but to release the detainees or prove they are guilty of a crime.
http://www.actagainsttorture.org
§
by Kate Saturday May 11th, 2013 9:28 PM 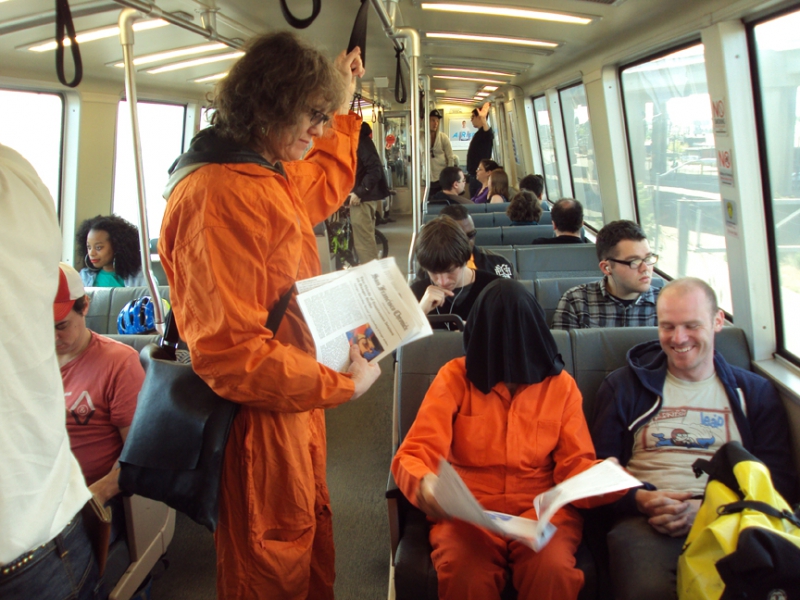 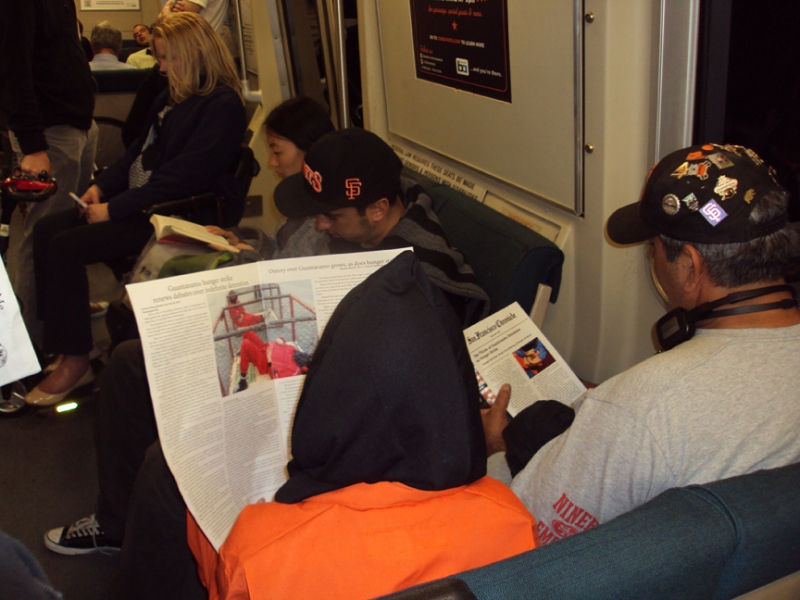 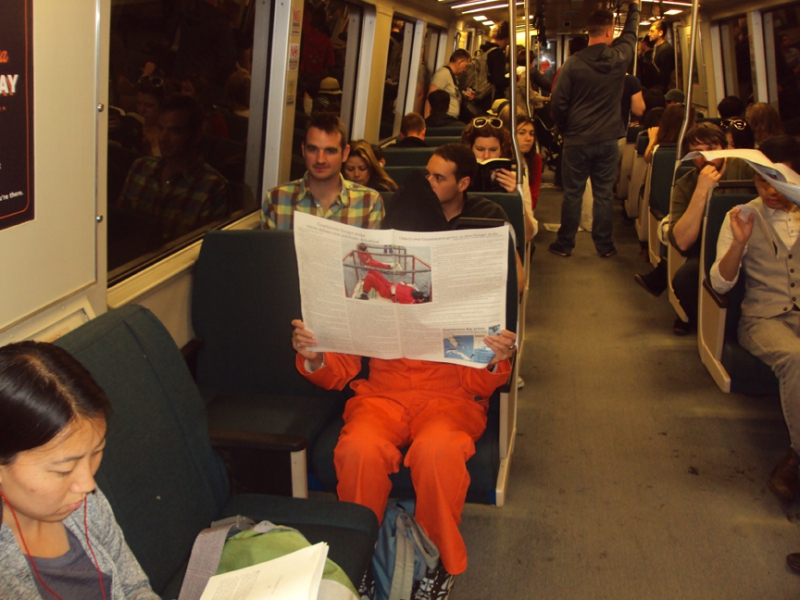 original image (864x648)
http://www.actagainsttorture.org
Add Your Comments
LATEST COMMENTS ABOUT THIS ARTICLE
Listed below are the latest comments about this post.
These comments are submitted anonymously by website visitors.