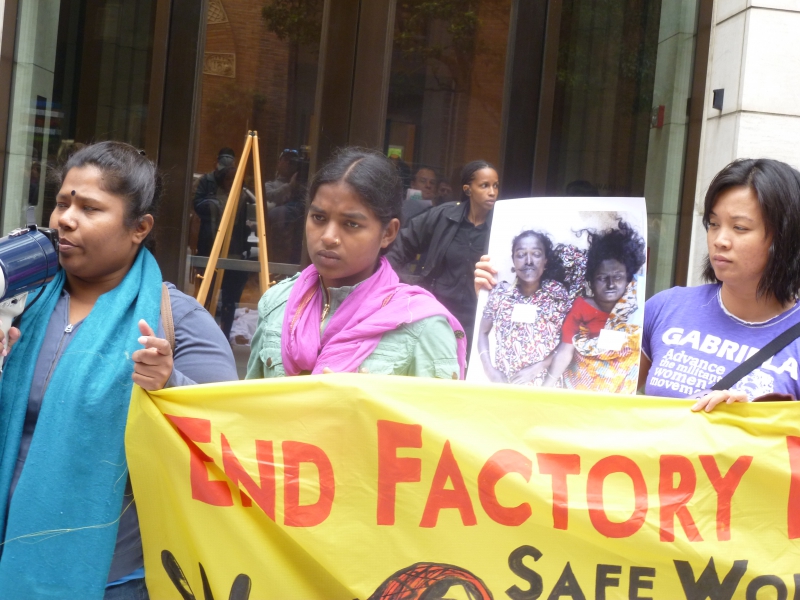 original image (3648x2736)
Bangladeshi Garment Workers And Health And Safety Advocates Picket SF HQ Of Gap In SF
On April 25, 2013 Bangladesh garment workers who are fighting for justice and against the deadly health and safety conditions of workers in Bangladesh protested at the San Francisco world headquarters of the Gap corporation. Since 2006, more than 600 Bangladeshi garment workers have died in preventable fires while sewing clothing for companies like Gap and Walmart. 112 workers died in a recent fire at a Walmart supplier and 29 workers died at a Gap supplier, but Gap and Walmart are still refusing to pay for reforms and join with other companies in a binding fire safety agreement that includes independent inspections and worker representation.

At the rally at noon, Bangladeshi factory fire survivor Sumi Abedin and Bangladesh garment worker organizer Kalpona Akter of the Bangladesh Center for Worker Solidarity- BCWS and Bay Area activists participated in a rally and protest for global worker safety at the Gap Inc. global headquarters at 2 Folsom St. in San Francisco. 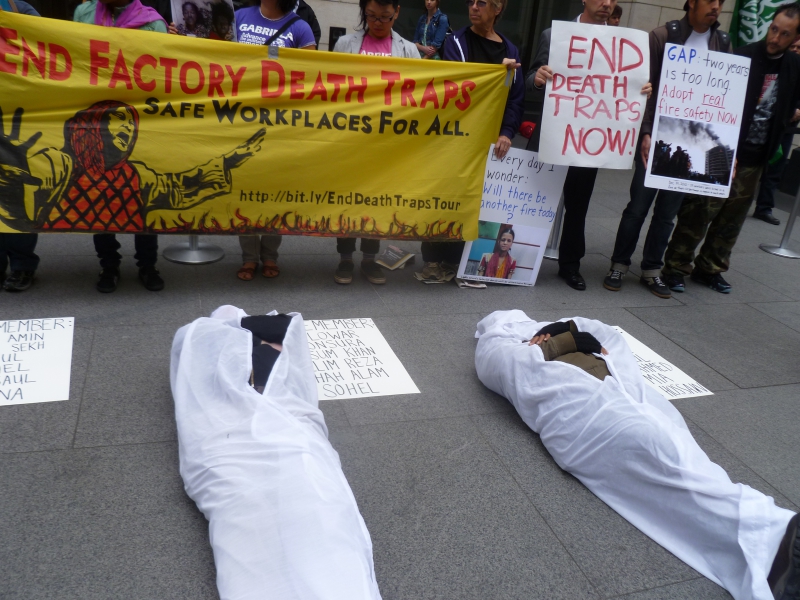 original image (3648x2736)
Activists protested the continual deaths of garment workers in Bangladesh and the role of multi-nationals like the Gap and Walmart
http://www.youtube.com/watch?v=souTmeJLa3Q
§No More Death Traps
by Labor Video Project Friday Apr 26th, 2013 10:26 PM 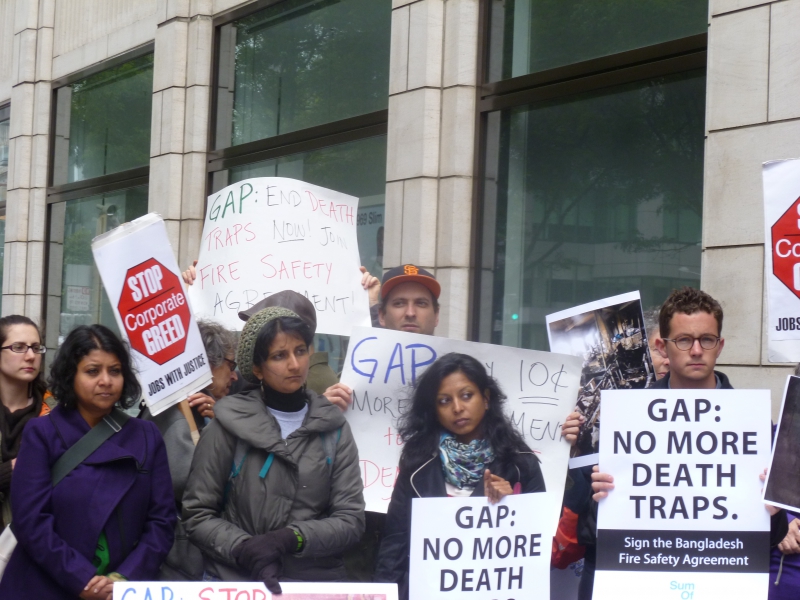 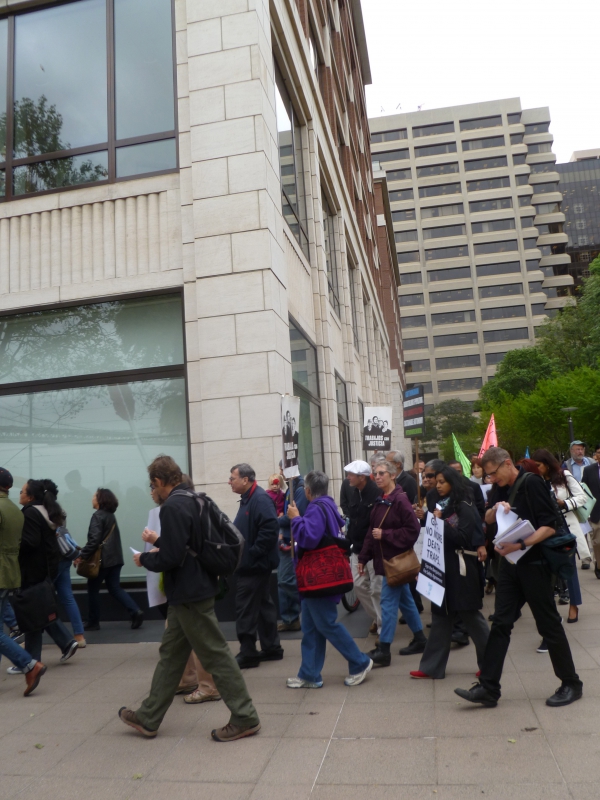 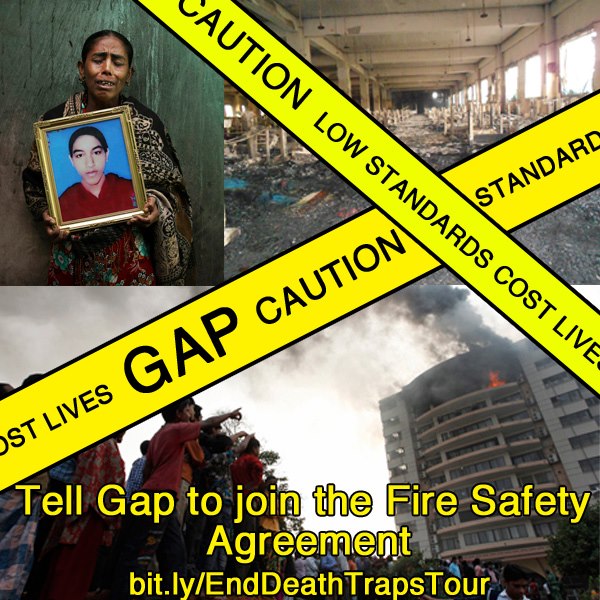 The GAP, Walmart and other corporations profit off of bad health and safety conditions.
http://www.youtube.com/watch?v=souTmeJLa3Q
Add Your Comments
Support Independent Media
We are 100% volunteer and depend on your participation to sustain our efforts!