by libcom (repost)
London based anarchist bookshop, Freedom was firebombed in the early hours of the morning. 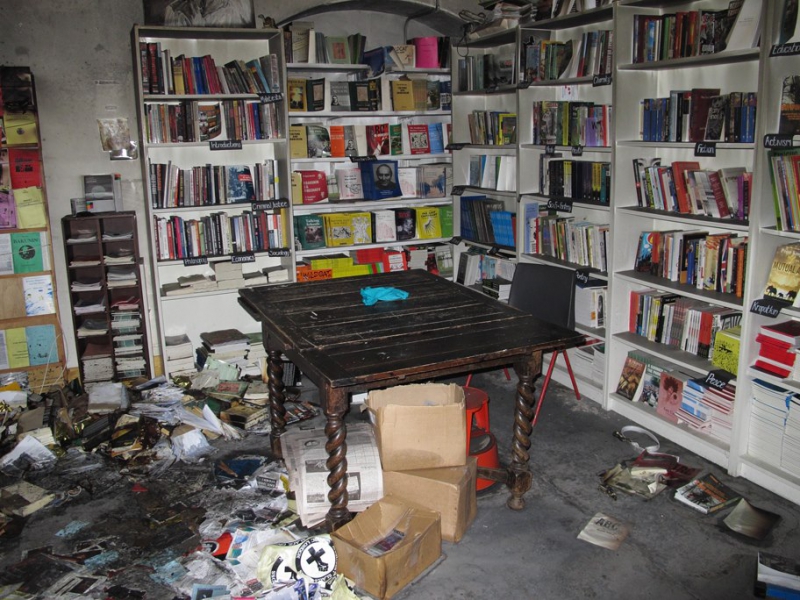 Freedom was firebombed last night. No-one hurt, upstairs is okay but shop and electrics have been seriously damaged. Not much to be done today, but plan for cleanup and appeal for cash (no insurance coverage sadly) will be getting sorted out asap. Thanks to everyone for the kind words, brief answers yep we'll be making an appeal but still sorting out what's next atm! A few people have asked about cheques - we should still be able to get mail so yes you can send them, made out to Freedom Press, thanks :)

Nobody has claimed responsibility for the attack. 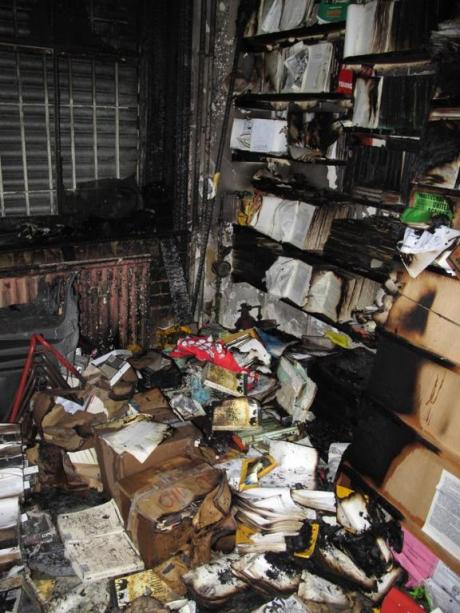 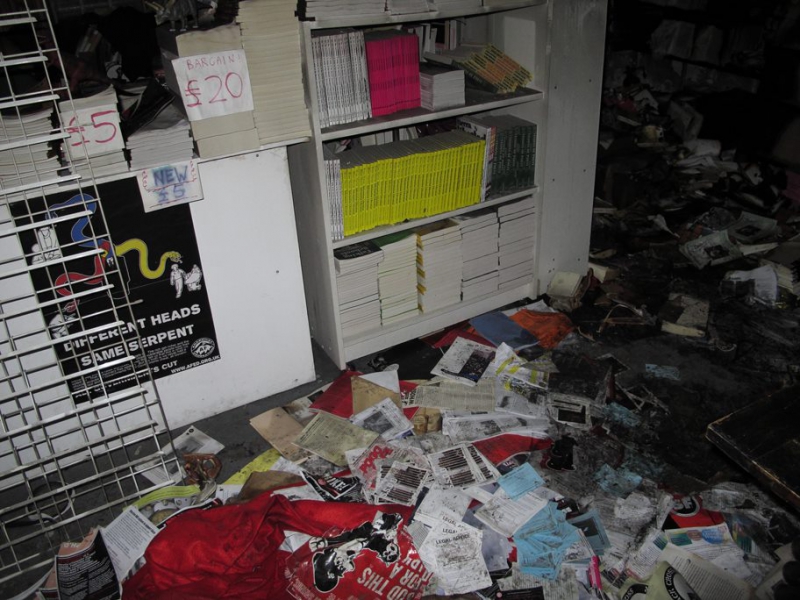 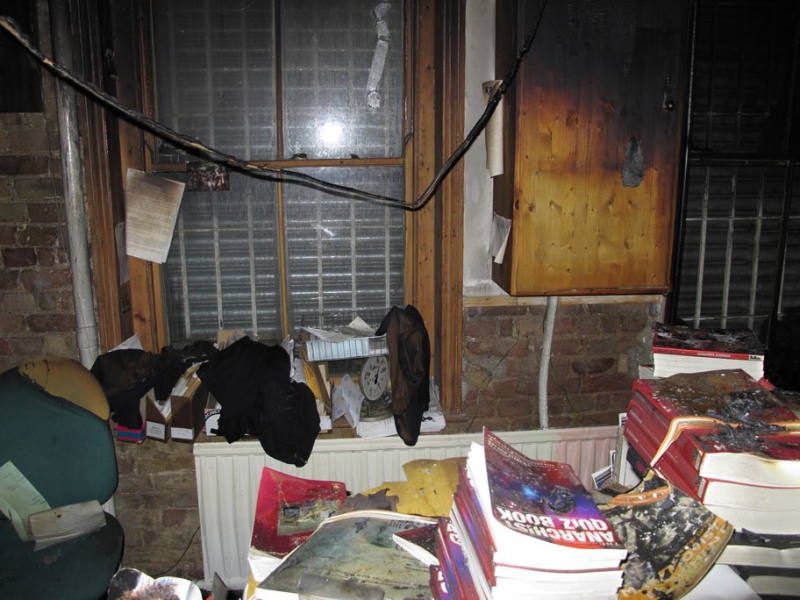 The attack on the Whitechapel bookshop took place on Friday morning at 5.30am.

The downstairs section of the shop is badly damaged. Electrics are damaged. Many books are burnt or charred. Upstairs is untouched. No one was hurt.

The exact nature of the weapon is not yet known. A fire-bomb was projected through the shutters of a downstairs shop-window; or petrol was poured through and set alight.

An emergency meeting is taking place on Friday afternoon – as this article is being written – at The White Hart pub close to Angel Alley.

No one has claimed responsibility and the general response can be summed up in three letters: WTF?

A police forensic squad have examined the premises. It is also thought that the perpetrator may have been caught on CCTV.

The Left has a whodunnit to solve. A book-burning is bad enough; a bookshop-burning is a very serious crime.

Also, there is a mess to clean up and a campaign to raise funds.

A spokeswoman for FREEDOM said: ‘Could you please help spread the word about donating to rebuild the shop? We are setting up a donation page. In the meanwhile, anyone who wants to donate can do so by ordering a book/s through the http://www.freedompress.org.uk website, and emailing us at shop [at] freedompress.org.uk to let us know that your purchase was a donation. Thanks!’

People will gather at the shop from 1pm on Saturday Feb 2 to start the work. All welcome.

The manager of the bookshop Andy Meinke, speaking from the pub where the staff have been forced to relocate said, ‘Freedom will carry on in the same haphazard way it always has – the Fascists have just driven us to the pub a little bit earlier in the day than otherwise. Although, copies of the Raven have been irreparably damaged which, as you can imagine, is a great loss to the movement. We thank all those who have contacted us today with their solidarity. We remain united in the struggle against fascism.’

FREEDOM’s incredible history began in 1886, with Peter Kropotkin as one of the founders.

https://www.facebook.com/groups/246036957900/
END_OF_DOCUMENT_TOKEN_TO_BE_REPLACED
Add Your Comments
Support Independent Media
We are 100% volunteer and depend on your participation to sustain our efforts!