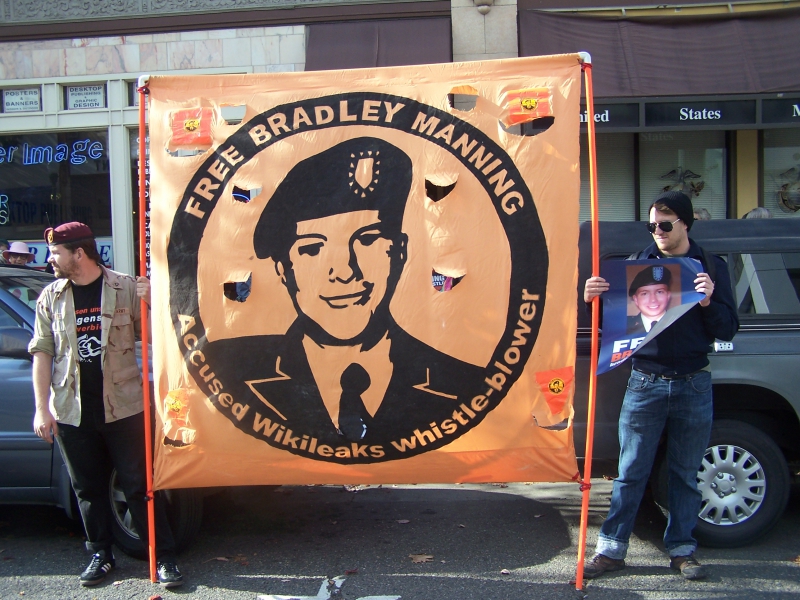 original image (2576x1932)
Whistle blower Bradley Manning & Wikileaks supporters rallied at the United States Marine Corps officer recruiting center yesterday in Berkeley California in solidarity with several rallies nationwide and at Ft. Meade Maryland where the young soldier is the subject of a hearing that could have all his charges dismissed based on unlawful pretrial punishment he received at the Quantico Marine Brig facility for nearly 10 months after his arrest.

At yesterday's hearing the Quantico base commander Col. Daniel Choike revealed in testimony that the military barred or delayed independent analyses of PFC Bradley Manning’s abusive confinement, claiming that Bradley’s defense could “exploit” such a review in the press, and instead sought reviews that would confirm and justify the military’s handling of the young private.

Col. Choike also revealed, near the day’s end, that he didn’t believe from the start that Bradley should have been kept at Quantico. The Marine brig, which had recently been in transition from a post-trial to a pre-trial confinement facility, was meant for short-term detention. Government lawyers told Col. Choike early on that they expected Bradley’s trial to last nearly two years, and Col. Choike told his superiors that he didn’t think Quantico was adequately resourced to hold Bradley for that long, and that Bradley shouldn’t be held there for more than 90 days at most. The military ignored Col. Choike’s qualms, clearly to Bradley’s detriment.

The Berkeley rally was followed by an action that took Shattuck street for several minutes and protesters faced off with police at Shattuck and Addison until a dispersal order was given. No arrests were made.

The hearing is scheduled to last until Sunday and Manning's court martial is set to start on February 4th of 2013.
http://www.bradleymanning.org
§
by Ist Wednesday Nov 28th, 2012 1:27 PM 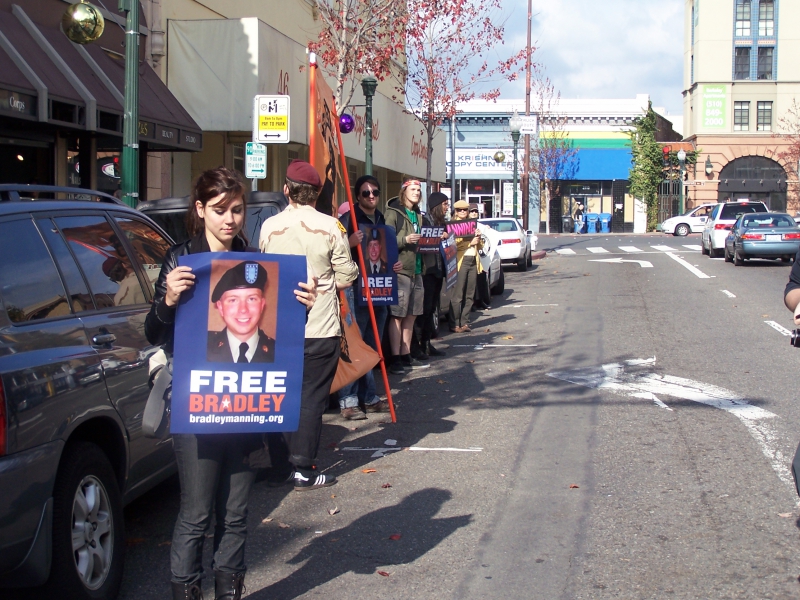 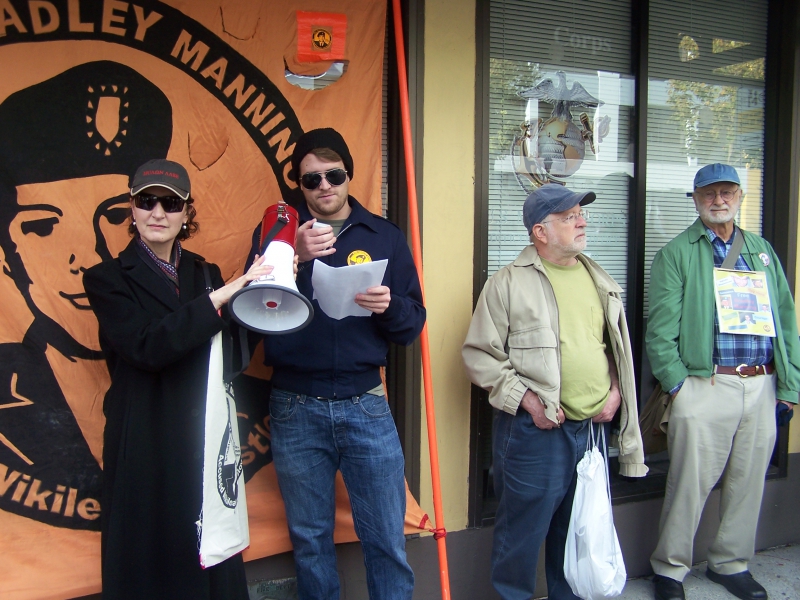 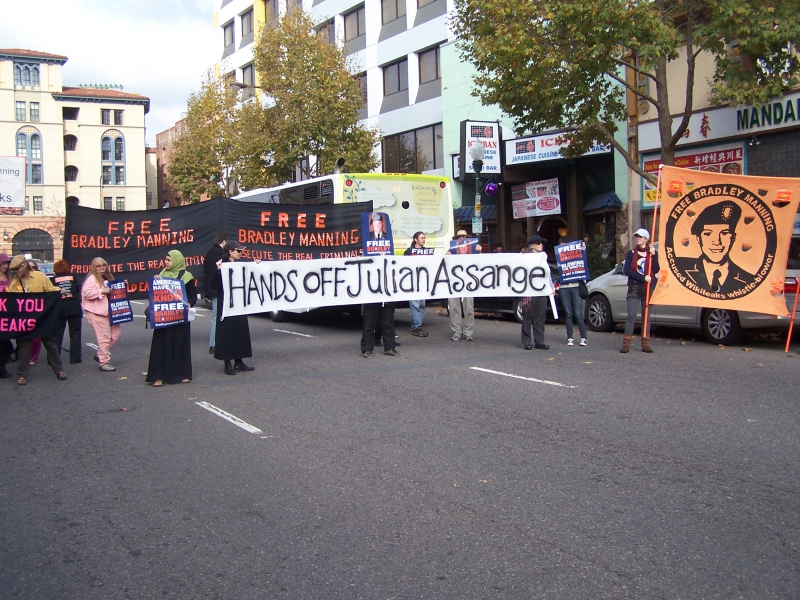 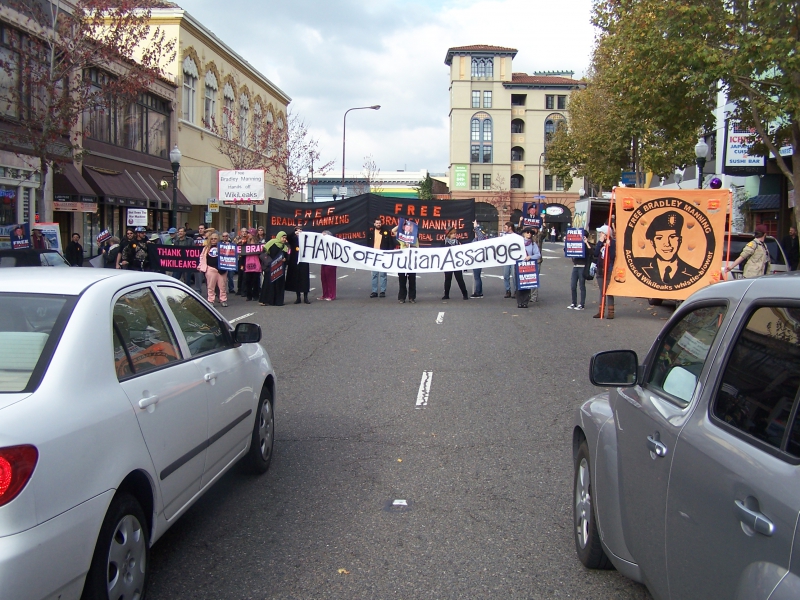 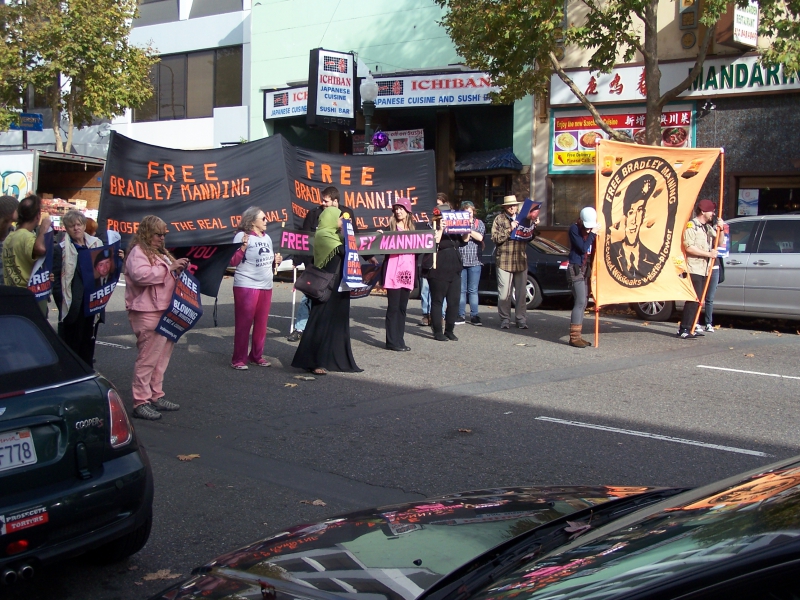 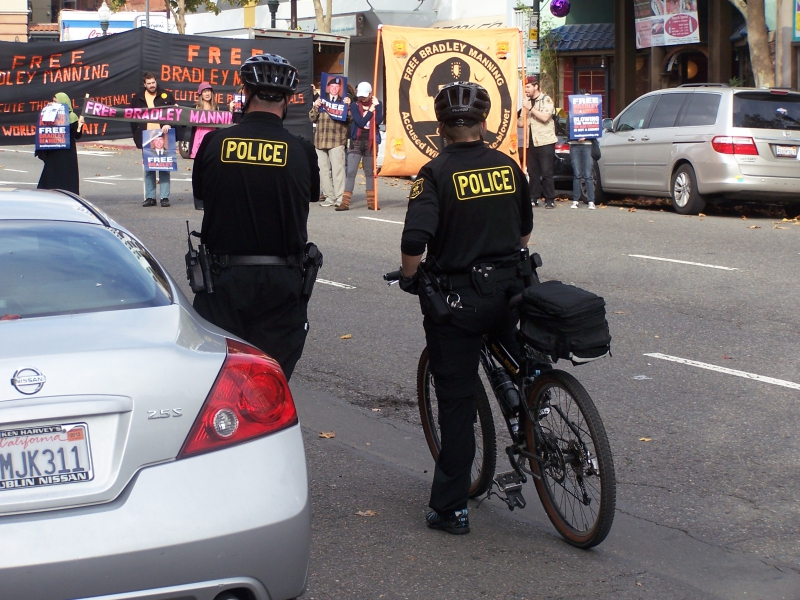 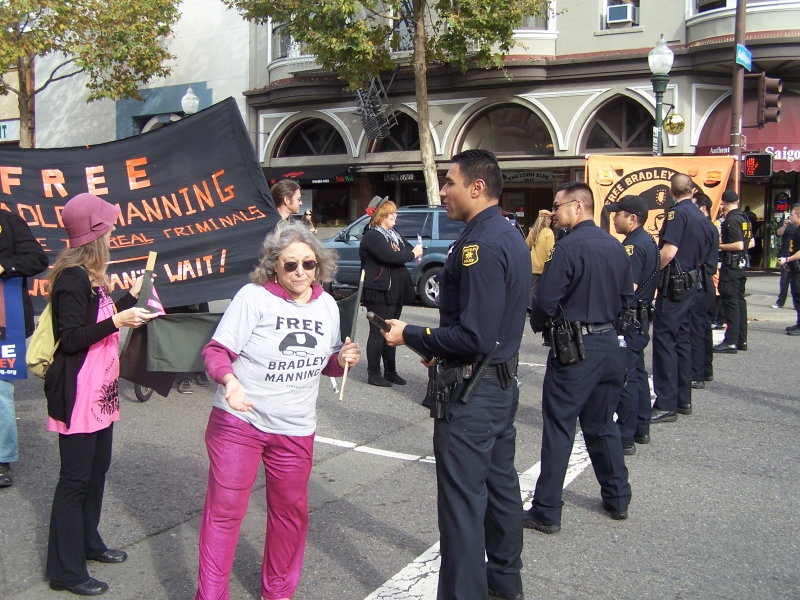 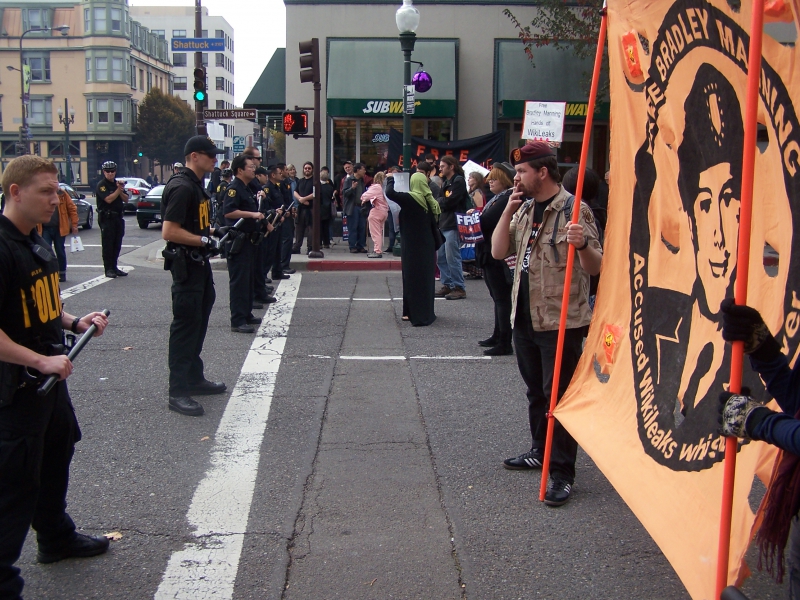