Add an Event
Newswire
Calendar
Features
Home
Donate
From the Open-Publishing Calendar
From the Open-Publishing Newswire
Indybay Feature
Publish to Newswire
Add an Event
Related Categories: U.S. | Global Justice & Anti-Capitalism | Police State & Prisons
One Of Five ‘Occupy’ Bridge Bomb Plotters Pleads Guilty
by Eric Lach, Talking Points Memo
Thursday Jul 26th, 2012 10:55 AM
Anthony Hayne, one of the five men accused of plotting to blow up a bridge outside Cleveland on May 1, pleaded guilty to the charges against him on Wednesday. He has also agreed to cooperate in the prosecution of the four other men, according to The Cleveland Plain Dealer. 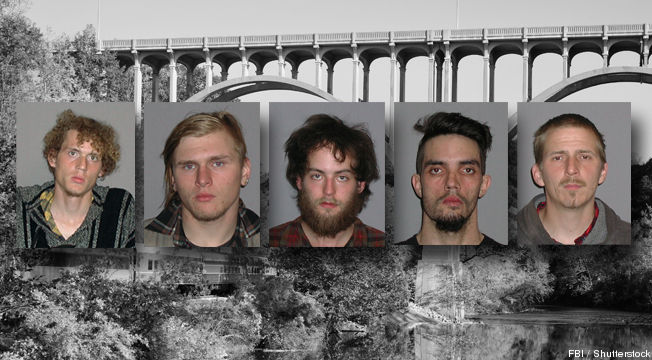 Hayne, 35, and the four other men, all in their twenties, were arrested April 30 after allegedly buying fake C-4 explosives from an undercover cop, planting the fake C-4 at the base of a bridge column, and attempting to detonate the explosives with a cellphone.

The men had ties to Cleveland’s Occupy Wall Street demonstrators, but Occupy Cleveland quickly distanced itself from the alleged plotters, and canceled planned May Day protest events, following the arrests.

“After a fair amount of thought and reflection, Anthony Hayne decided today that he wanted to take responsibility for his individual actions in this case,” Hayne’s lawyer, Michael O’Shea, said in a statement released after Wednesday’s hearing. “He feels terrible for how this whole thing got so quickly way out of control for him. He is very glad no one got hurt.”

According to the Plain Dealer, Hayne still faces up to 19 years in prison for his role in the plot. Lawyers for the four other men will still argue that the incident was a case of entrapment by the FBI and a paid informant.

http://tpmmuckraker.talkingpointsmemo.com/...
Add Your Comments
Support Independent Media
We are 100% volunteer and depend on your participation to sustain our efforts!