Newswire
Calendar
Features
Home
Donate
From the Open-Publishing Calendar
From the Open-Publishing Newswire
Indybay Feature
Publish to Newswire
Add an Event
Related Categories: International | Environment & Forest Defense
Global Warming intensifying Global Water Cycle by double current climate model projections
by Takver - Climate IMC
Saturday Apr 28th, 2012 1:48 AM
New research into ocean salinity levels has revealed a strong global water cycle intensification during the period of 1950 to 2000. The researchers report the rate of change in the global water cycle is double the rate projected by current-generation climate models. The study found "robust evidence of an intensified global water cycle at a rate of about eight per cent per degree of surface warming," said study co-author Dr Durack, a post-doctoral fellow at the Lawrence Livermore National Laboratory in the US. 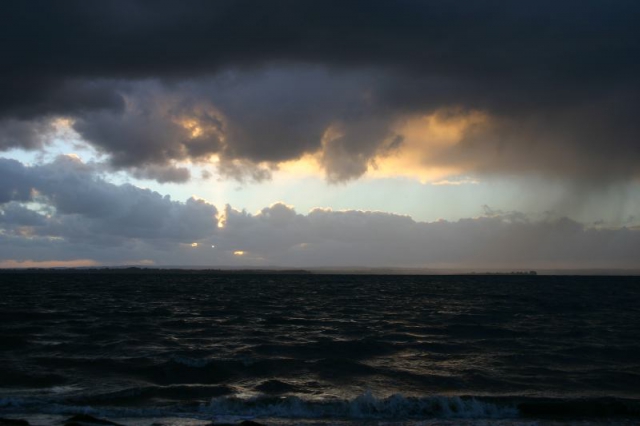 "Changes to the global water cycle and the corresponding redistribution of rainfall will affect food availability, stability, access and utilization," Dr Durack said in a CSIRO media release.

Measures of global changes in the water cycle are complex as 71 per cent of the earth's surface are oceans or seas where detailed measurements cannot be as easily undertaken as on land. In December 2011 I wrote about scientists reporting the southern ocean becoming warmer, freshening and becoming more acidic.

"The ocean matters to climate - it stores 97 per cent of the world's water; receives 80 per cent of the all surface rainfall and; it has absorbed 90 per cent of the Earth's energy increase associated with past atmospheric warming," said co-author, Dr Richard Matear of CSIRO's Wealth from Oceans Flagship.

"Warming of the Earth's surface and lower atmosphere is expected to strengthen the water cycle largely driven by the ability of warmer air to hold and redistribute more moisture." said Dr Richard Matear.

So scientists looked at salinity changes through examining 50 years of data gathered from a variety of instruments and locations. It is only recently - in the past decade - with the rollout of 3000 Argo buoys in the oceans of the world that comprehensive measurements have been able to be gathered. Argo buoys collect water temperature and salinity and other measurements from the surface to 2000 metres depth every 10 days.

By looking at observed ocean salinity changes and the relationship between salinity, rainfall and evaporation in climate models, the researchers determined the water cycle had strengthened by four per cent from 1950-2000. This is twice the response projected by current generation global climate models.

More moisture in the atmosphere means storms can carry more rain to produce heavier, more intense rain events causing flashflooding and damage to agriculture and human infrastructure and posing a risk to life. This will increase the damage from extreme weather events, which are likely to increase in intensity and perhaps in some cases frequency. Already the IPCC has released a report on Extreme weather, risk management and adaptation in a warming climate.

The study was funded through the Australian Climate Change Science Program, a joint initiative of the Department of Climate Change and Energy Efficiency, the Bureau of Meteorology and CSIRO. Dr Durack is a graduate of the CSIRO-University of Tasmania Quantitative Marine Science program. 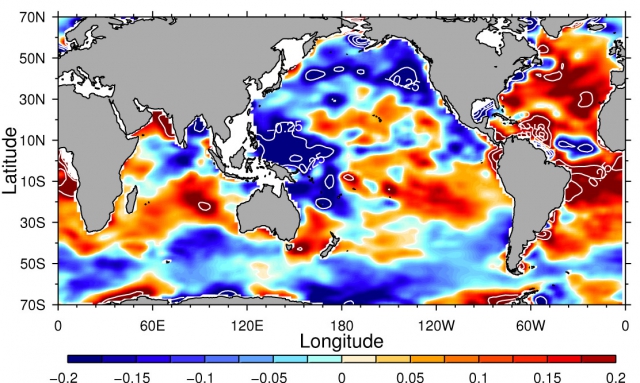