Add an Event
Newswire
Calendar
Features
Home
Donate
From the Open-Publishing Calendar
From the Open-Publishing Newswire
Indybay Feature
Publish to Newswire
Add an Event
Related Categories: East Bay | Global Justice & Anti-Capitalism | Police State & Prisons
Mayor Quan Hires Longtime Right-Wing Cop to "Investigate" OPD Attacks on Occupy Oakland
by Fox Meet Henhouse
Thursday Dec 22nd, 2011 3:45 PM
Yesterday, it was announce that Thomas Frazier has been hired to "investigate" Oakland police department violence against Occupy Oakland protesters. Mayor Jean Quan has touted the investigation as supposedly independent, but let's take a look at who this guy is. He is currently already a paid special adviser to the City of Oakland police department, helping lead the city in it's never-ending Negotiated Settlement Agreement compliance efforts. Tom Frazier was the Director of the COPS Office in the United States Department of Justice, Police Commissioner of the Baltimore Police Department, served twenty-eight years with the San Jose Police Department, and was a Military Intelligence officer in Vietnam. He has a "close relationship" with the Major Cities Police Chiefs Association (http://www.fraziergroupllc.com/?page_id=166). He works with the very right-wing Heritage Foundation think tank responsible for much of the increasing economic inequality and despair of the last thirty years. And he was past president of PERF (Police Executive Research Forum), a group that assisted in organizing and coordinating the recent raids on Occupy encampments nationwide in the United States (http://inewp.com/?tag=thomas-c-frazier). What's not to love about Thomas Frazier doing this investigation? 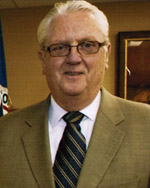 The Mayor is bragging about hiring a special investigator to look at OPD and the Occupy Oakland crackdown. Never a better case of the fox asked to guard the henhouse... There are various tentacles to this...

This guy Frazier was hired to do the investigation: http://sanfrancisco.cbslocal.com/2011/12/21/auditor-to-investigate-police-response-at-occupy-oakland-protests/ Here is his group http://www.fraziergroupllc.com/

Frazier himself is a Heritage Foundation guy (on a Homeland Security committee led by Bremer and Meese): http://earthops.org/sovereign/homelanddefense/heritagereport/The_20Heritage_20Foundation_20Homeland_20Defense_20Task_20Force.pdf

WTF!?! And so the city that supposedly doesn't have enough money for schools or libraries has $100,000 to hand over to this guy for a whitewash of OPD violence. Thanks for nothing, Mayor Quan!
Add Your Comments
LATEST COMMENTS ABOUT THIS ARTICLE
Listed below are the latest comments about this post.
These comments are submitted anonymously by website visitors.