by PUEBLO
Judge: City Running Out of Time 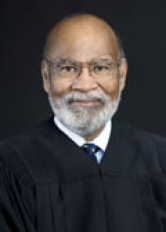 No one knew what to expect from the Negotiated Settlement Agreement Status Hearing before Judge Henderson on September 22nd. As the Judge himself admitted at the outset, “This one is somewhat different.” Going on to comment that this is no longer “business as usual,” he stated that, “we need to change things that are being done as well as attitudes.” Describing the over eight years of monitoring the Oakland Police Department and their progress in reaching full compliance with the mandated reforms of the Agreement, he commented that “zero got done despite repeated assurances,” and went on further to state that “the Oakland Police Department is behind the times” and that “these reforms are not rocket science, but the City and the Department still don’t get it.” He criticized the “attitude and culture of resistance” which “maintain a healthy heartbeat” and promised that “You can look forward to a ramped up participation by this Court.”

Judge Henderson then referred to the five issues he had named in his recent Order, to which the City and the Oakland Police Department were required to respond, both in writing and orally. Plaintiffs’ attorneys Burris and Chanin also responded to these issues, which included the re-hiring of Officer Daniel Jimenez who had killed two civilians within a year, was fired but got his job back. Other issues raised by the Judge included the use of the term ‘summer tune-up’ to describe an operation widely believed to be a euphemism for beating people up.

He also raised the question of why Internal Affairs had demeaned the several complaints of strip searching as ‘unfounded’ (meaning that the incident did not occur) when Judge Patel not only found in favor of the plaintiffs making these allegations but also imposed punitive damages on the named officers.

When plaintiffs’ attorneys spoke they reinforced doubts about any real progress having been made by the Oakland Police Department. Jim Chanin stated that “little progress has been made in the last two years and the last two weeks have gotten worse.” He implored Judge Henderson to give OPD a deadline for full compliance without which, he asserted, that OPD would never reach that goal.

He asserted that of all the police departments that have been the subject of similar consent decrees, all of them complied more rapidly and that the reforms have been sustained after the decree had expired, but that “this Department is different.” He stated that there were good people who were trying their best to comply but they got demoted for those efforts.

Chanin’s partner John Burris went further, observing that the issues the Judge had raised in his order were only the “tip of the iceberg.” He talked about the larger issue of OPD’s “mindset and attitude” and insisted that the larger “systematic problems had not been addressed.”

The City presented the newly appointed City Administrator Deanna Santana, Deputy City Attorney Randolph Hall, Mayor Jean Quan and Oakland Police Chief Anthony Batts, all of whom acknowledged that the effort to come into full compliance was still a work in progress. Chief Batts stated in mantra-like repetition that the Department was “moving in the right direction” after praising the Mayor and City Administrator for being extremely engaged in the process. He also cited the extreme pressure the Department was facing with shrinking staffing and resources and concurrent increased violence and demand for service, but pledged to be “unequivocally committed” to becoming fully compliant with the mandated NSA reforms despite these huge challenges, as he went on to list the areas in which the Department has taken strides forward.

After some brief remarks by OPOA attorney Rocky Lucia, Judge Henderson recessed and called the participants into his chambers for a closed session to discuss matters that were subject to confidentiality. Jim Chanin reports that in that closed session, the Judge did indeed accept his recommendation to establish a firm deadline for completion of the remaining tasks: January, 2012. It would seem that should the City fail to come into full compliance by that date, the Oakland Police Department will, in fact, be subject to federal management.
END_OF_DOCUMENT_TOKEN_TO_BE_REPLACED
Add Your Comments
Latest Comments
Listed below are the latest comments about this post.
These comments are submitted anonymously by website visitors.
TITLE
AUTHOR
DATE
Acronym NSA is a Problem!
Victoria Woodhull
Judge Has Been Warning Oakland Police Department for Years
Rashidah Grinage
Support Independent Media
We are 100% volunteer and depend on your participation to sustain our efforts!