Add an Event
Newswire
Calendar
Features
Home
Donate
From the Open-Publishing Calendar
From the Open-Publishing Newswire
Indybay Feature
Publish to Newswire
Add an Event
Related Categories: Americas | International | U.S. | Drug War | Global Justice & Anti-Capitalism | Police State & Prisons
El Enemigo Común stands with Carolina and Mumia
by El Enemigo Común (solidarity [at] elenemigocomun.net)
Wednesday Jun 15th, 2011 10:51 AM
In recent days, El Enemigo Común and numerous other websites published an article by independent journalist and compañera Carolina which documented the presence of Renny Cushing in Mexico. Until recently a state legislator of the Democratic Party, anti-nuclear activist and director of Murder Victims Families for Human Rights, Cushing was invited by his old friend Al Giordano – founder and editor of Narco News Bulletin – to be a professor at Narco News’ 2011 “School of Authentic Journalism.” Presumably through his connection with Giordano, Cushing has also taken on the role as one of the U.S. organizers for the historic June 4 march from Cuernavaca to Ciudad Juárez, organized by Javier Sicilia and the Movement for Peace and Justice with Dignity. 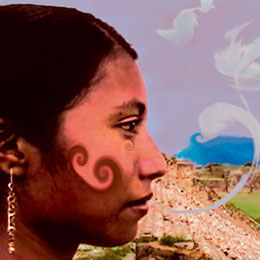 As any good journalist would do, Carolina pointed out the problematic nature of Cushing’s involvement around matters involving “authentic journalism” and social movements, noting Cushing’s major role in attempting to silence and eject Mumia Abu-Jamal from the worldwide death penalty abolition movement, solely in order to gain the favor of one of the most reactionary, violent and racist of organizations, the Fraternal Order of Police. Carolina simply posed the question: What can an individual who used his power to throw one of today’s most powerful and important voices for social justice under the bus in favor of a brutal, repressive gang of police officers, offer one of Mexico’s most important social movements? A question which resonated with us at El Enemigo Común and a question we were glad to publish without qualms. We fully stand by Carolina’s article, but most importantly, we without reservation stand behind and offer our full support to our compañera Carolina.

Such statements of support are unfortunately necessary, as since the publication of Carolina’s article Al Giordano has launched a one-person campaign: not to defend his actions or those of Renny Cushing; nor much less to respond to the facts put forward by Carolina; but instead to defame Carolina in the most vile of terms. Giordano has shared with anyone who will listen, and even those who aren’t interested in his ranting, that Carolina is spreading “bullshit” and is a “coward and counterinsurgent in style” and possibly a “provocateur.” Such attacks are appalling coming from anyone, and are even more disturbing when issued by the editor of Narco News. We at El Enemigo Común categorically and emphatically repudiate and denounce Al Giordano’s baseless attacks against Carolina.

Carolina has been an integral part of El Enemigo Común for several years, just as she has been to many, many other organizations, independent media formations and social movements. Her tireless dedication to documenting, promoting and participating in innumerable just struggles in Mexico, the U.S. and beyond is nothing short of remarkable. Through her decades of involvement she has rightly earned the respect of compañeras and compañeras worldwide. This in part can be seen by the support she has received from several independent media outlets in response to Giordano’s outrageous attacks. Likewise, at El Enemigo Común, we are honored and privileged to be able to work alongside her.

Contrary to Giordano’s statements, it is his spurious attacks on Carolina that threaten the integrity of social movements and their support networks. Stating or implying that someone may be a counterinsurgent or provocateur is the height of irresponsibility, as he should well know. It is truly lamentable he chose to sink to such a low.

In the meantime, here at El Enemigo Común we will continue in our efforts to spread bilingual news, analysis and calls to action regarding and in support of social movements in Mexico and beyond – including the Movement for Peace and Justice with Dignity – and throughout, proudly counting Carolina among us.

Letters of Support for Carolina

http://elenemigocomun.net/2011/06/enemigo-...
Add Your Comments
Support Independent Media
We are 100% volunteer and depend on your participation to sustain our efforts!