Newswire
Calendar
Features
Home
Donate
From the Open-Publishing Calendar
From the Open-Publishing Newswire
Indybay Feature
Publish to Newswire
Add an Event
Related Categories: U.S. | Media Activism & Independent Media
Shutting Down Nuclear Power
by Carol Brouillet (cbrouillet [at] igc.org)
Tuesday May 3rd, 2011 10:34 PM
Don Eichelberger, began protesting nuclear power in 1979 in a 38 day sit-in at the capital offices of then-Governor, Jerry Brown, in an effort to shut down the Rancho Seco Reactor, a twin of Three Mile Island. In 1993, Carol Brouillet, edited The Invisible Nuclear War: The Effects of Low-level Radiation, the Massive Government Cover-up, and the Continuing Battle waged by the Nuclear Powers Against All Life on Earth. On Community Currency Radio, they will discuss current and future actions, and local, national and international strategies to put an end to the suicidal nuclear path that we have been on these many decades. 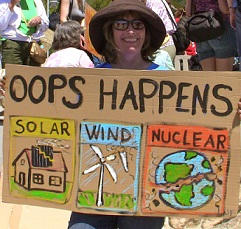 In reaction to the Fukushima disaster, citizens pressured many governments worldwide to shut down existing, aging plants. Germany, Italy, Switzerland announced that they will no longer construct nuclear power plants and will phase out nuclear power. Sadly within ten days, the US Nuclear Regulatory Commission extended the license of the 40-year-old Vermont Yankee nuclear reactor for twenty years, despite the fact that the plant is a twin of Fukushima. The heavily subsidized oil and nuclear industries privatize profits and externalize their risks and costs upon citizens and taxpayers.

On the 25th anniversary of the Chernobly disaster, activists recalled the cover-up that took place in Chernobyl, the high human and environmental toll that will continue to cause cancers, illnesses and premature deaths. Dr. Alexey Yablokov, author of - Chernobyl: Consequences of the Catastrophe a prominent Russian scientist, environmentalist, former member of the USSR parliament, and environmental advisor to former Russian President Boris Yeltsin and the Gorbachev administration, whose book shattered the mainstream myths downplaying the effects of the Chernobyl disaster, called for a shut down of all nuclear reactors in the wake of the Fukushima disaster.

In San Francisco, there have been a series of protests, rallies, speak-outs, at the Civic Center, before the Public Utilities Commission, at the State of California Building, and The Federal Building calling upon public officials and citizens to take concerted action to shut down the aging nuclear plants situated above faults in California. In Menlo Park, Avila Beach, Berkeley, Livermore, Santa Monica, San Juan Capistrano, there have been anti-nuclear rallies, educational events. Last weekend, the Green Party of California passed a resolution calling for the "immediate closure and decommissioning of the state's nuclear power plants at Diablo Canyon and San Onofre... to promote the safety of all Californians and our fellow living beings, and to protect our natural environment."

On Wednesday, the film The Battle of Chernobyl will be shown in Oakland. This weekend there will be rallies in Concord on Saturday, in San Francisco at the Japanese Consulate on Sunday, in Davis on Sunday, against nuclear weapons and to close nuclear power plants.

Ignored and ridiculed by the corporate media, the anti-nuclear movement has aged and evolved over the years. The nuclear industry has tried to sell nuclear power the newer generations as a panacea to global warming. The Fukushima disaster has revived concern over the continuing threat of nuclear radiation, the cover-up and concerns over the current crisis in Fukushima, and recognition that the public must play a role in determining our future.

Hear Don Eichelberger and Carol Brouillet discuss what we, citizens can do to strengthen the anti-nuclear movement, on Community Currency Thursday, May 5, 2011, from 2-3 pm on Progressive Radio Network.

In 1979 Don Eichelberger joined the Abalone Alliance which formed in 1977 to oppose the construction of the Diablo Canyon Nuclear Plant using non-violent direct action. Don began by participating in a 38 day sit-in at the capital offices of then-Governor, Jerry Brown, in an effort to get him to use his emergency powers to shut down the Rancho Seco Reactor, a twin of Three Mile Island.

Don was a core organizer in Sonoma County for direct civil disobedience actions at Diablo Canyon Nuclear Reactor in 1981 and 1984. He also worked on a number of other campaigns during those years, including exposing the annual secret summer retreat of the ruling elite at Bohemian Grove, along the Russian River in Sonoma County.

In 1984, he helped transition the statewide organizing office of the Abalone Alliance in San Francisco into the non-profit safe energy clearinghouse it is today. Over the years, the all-volunteer staff have continued to lend organizing support and do local outreach on behalf of stopping nuclear power and promoting safe, alternative energy as well as supporting the causes of peace and social justice.

During 1985-87, he helped produce a weekly radio show on KUSF, called "Rad Radio- Radioactivity." As DJ Abel Tudu, he helped with the events calendar, music, theater and coverage of protest events.

Since 1984, among other efforts, Abalone Alliance Safe Energy Clearinghouse have:

* organized a local chapter of Big Mountain Support Group to protest uranium mining on native lands;
* acted as interveners in PG&E's efforts before the Public Utilities Commission to pay for Diablo Canyon's ten fold cost overrun;
* during 1990-94, they helped establish the term "environmental justice" while helping organize People's Earth Days in Bayview-Hunter's Point;
* gave organizing support to oppose South African Apartheid, worked to protect old growth forests from tree cutting at Headwaters, and called for an end to US involvement in Central America; and
* were instrumental in initiating the successful effort to stop the proposed Ward Valley Nuclear Waste Dump from dumping so-called "low-level" nuclear wastes in to unlined trenches in critical habitat for endangered species;
* was also instrumental in the late-1980's helping found the emerging US Green Movement/Party, including a coordinating role in writing the Green Platform planks on Nuclear Power, Safe Energy and Nuclear Waste..

The evolving Energy Net website is a wealth of historical information, as well as useful resources. Although it disbanded in 1985, the Alliance did raise consciousness, delayed the operation of Diablo Canyon Nuclear Power Plant. They did succeed in winning over public opinion and halting the Nuclear Industry's plans to construct even more nuclear plants in the US. Sadly, one consequence of that success was the push by the nuclear industry into other countries, including Japan. Local, national, and international anti-nuclear groups arise and diminish in response to the threats and disasters created by the nuclear industry. The Nuclear Information and Resource Service in Maryland serves the larger grassroots network to identify what is happening in Washington DC, the nation and the world by providing reliable timely information on nuclear issues.

Recently Don organized the rally, speak-out at the San Francisco Federal Building on the 25th Anniversary of the Chernobyl Disaster to push for the shutting down of the Diablo Canyon and San Onofre Nuclear Power Plants. There is widespread grassroots opposition against nuclear power, but the mainstream media and government are still championing the nuclear industry. We will discuss the lessons learned over the past few decades at home and abroad, and what we can do to stop the nuclear industry, and support sustainable, renewable energy.

Inspired by the assault on civil rights by the Bush administration, he became less active in politics and began anew the study of music. He feels that revolution will come more easily when people can hum its theme song, and has written about 50 songs to date, including one very appropriate to the current crisis entitled Here We Go Again.

All shows are archived on Progressive Radio Network and available as podcasts. 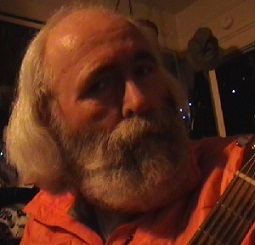 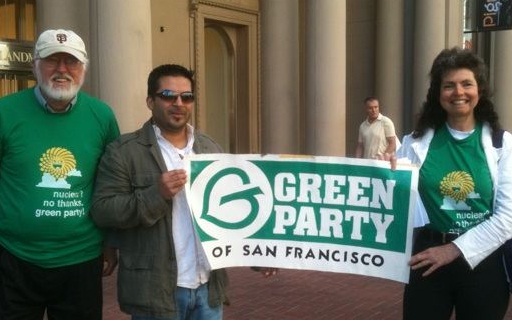 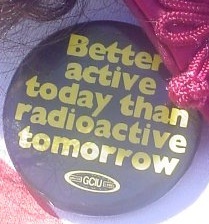