Add an Event
Newswire
Calendar
Features
Home
Donate
From the Open-Publishing Calendar
From the Open-Publishing Newswire
Indybay Feature
Publish to Newswire
Add an Event
Related Categories: San Francisco | Labor & Workers
Sharon Kramer, on ACOEM, The US Chamber Of Commerce, The Media & Injured Workers
by California Coalition For Workers Memorial Day
Saturday Apr 23rd, 2011 7:38 AM
Sharon Kramer, a researcher and injured worker advocate reports on the role of ACOEM, the US Chamber of Commerce to limit industry and the insurance industry's liability to injury from mold. She discusses the media marketing campaign to put out false information to doctors and judges to shield industry from their responsibility for mold injuries. 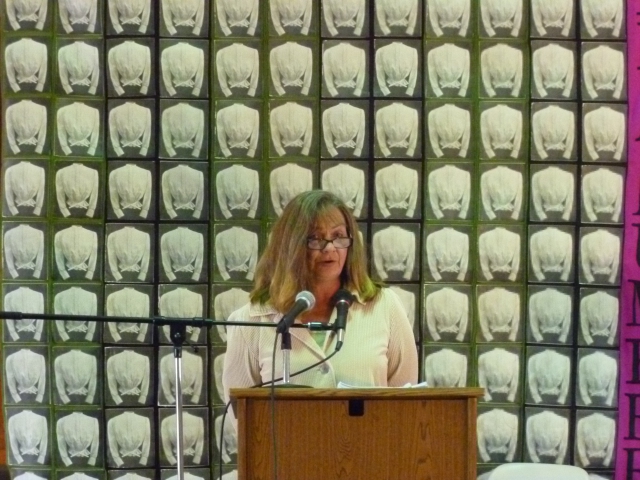 original image (4320x3240)
Sharon Kramer, a researcher and injured worker advocate reports on
the role of the American College for Occupational and Environmental
Medicine ACOEM, the US Chamber of Commerce, the judicial system
and the corporate marketing media campaign to embed ACOEM
guidelines into law for injured workers in California law. Misinformation
on mold has been used to shield injured workers and the public from
compensation for their illnesses to limit the liability of industry and the
insurance industry. She spoke at a national conference titled Corporate
Medicine, Injured Workers,ACOEM And Labor. It was sponsored by the
California Coalition on Workers Memorial Day CCWMD and was held
on March 26, 2011 in San Francisco.
For further information on this issue go to
http://www.moldwarriors.com/SK/IJOEH_Oct07_LaDou.pdf
http://www.acoem.org/comments.aspx?id=7175
http://www.survivingmold.com/legal-resources/publications/acoem
California Coalition For Workers Memorial Day http://www.workersmemorialday.org

http://blip.tv/file/5057608
Add Your Comments
Support Independent Media
We are 100% volunteer and depend on your participation to sustain our efforts!