Foundry Workers Strike To Save Their Healthcare

by via David Bacon
BERKELEY, CA 3/22/10 -- A strike of over 450 workers in one of the largest foundries on the west coast brought production to a halt Sunday night, at Pacific Steel Castings. The work stoppage, which began at midnight, has continued with round the clock picketing at the factory gates in west Berkeley. 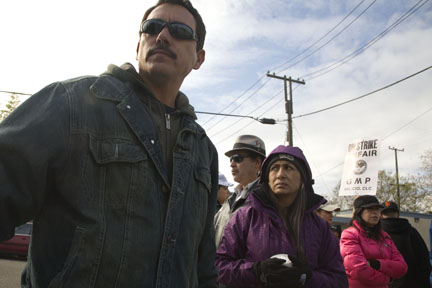 BERKELEY, CA 3/22/10 -- A strike of over 450 workers in one of the largest foundries on the west coast brought production to a halt Sunday night, at Pacific Steel Castings. The work stoppage, which began at midnight, has continued with round the clock picketing at the factory gates in west Berkeley.

Local 164B of the Glass, Molders, Pottery, Plastics and Allied Workers International Union (GMP) has been negotiating a new labor agreement at Pacific Steel for several months. The old agreement expired on Sunday night.

The strike was caused by demands from the company's owners for concessions and takeaway proposals in contract negotiations. Those include:

- requiring workers to pay at least 20% of the cost of their medical insurance, amounting to about $300 per month per employee.

- a wage freeze for the first two years of the agreement, and tiny raises after that.

- eliminating the ability of workers to use their seniority to bid for overtime, allowing criteria including speedup, discrimination and favoritism.

"All eight other foundries in the Bay Area have agreed to a fair contract," said Ignacio De La Fuente, GMP international vice-president. "Workers at Pacific Steel haven't had a raise in the last two years, in order to help the company pay for increases in health plan costs. Pacific Steel is now alone among the rest in trying to make its workers give back $300 a month."

The $300/month would mean an approximately 10% cut in wages for most workers at the foundry.

Joel Soto, a member of the union's negotiating committee, has worked eight years at Pacific Steel, and has a wife, 2-year-old child and another on the way. Soto said, "We've been trying to save money for a house. If we have to give up $300 a month, we'll have to continue renting. My wife and I both support our parents, and that $300 cut is what we're able to give them now that they're old. And with my wife pregnant, we can't do without that medical care."

Benito Navarro has ten years at the foundry, and a wife and son. "That $300 is what I pay for my car to get to work. I'm the only one in my family working, so if we don't have that money, I'll have to give up the car. But I'd rather eat than drive."

On both Monday and Tuesday dozens of Berkeley police, with helmets and face shields, shoved and hit strikers as they attempted to help the company bring trucks full of castings out of its struck facility. On Tuesday, one striker, Norma Garcia, who is seven months pregnant, was struck in the abdomen and taken to a hospital.

"It is inexcusable that Berkeley is spending precious municipal resources on providing protection for this business, and opening the city to liability through these unprovoked actions by police against strikers," said De La Fuente.

"That violence isn't necessary," added Soto. "We're just struggling for our rights. I wouldn't be so surprised to see this in other cities, but Berkeley?" Another worker showed the swelling on his arm he said was caused by a blow from a police baton.

Workers feel additionally betrayed by the company because they and their union testified before the Berkeley City Council three years ago. They urged the city to draft environmental regulations that would allow the foundry to continue operating while installing needed pollution control equipment.

Pacific Steel Casting Co. is a privately held corporation, the third-largest steel foundry in the United States. Its large corporate customers include vehicle manufacturers, like Petebilt Corp., and big oil companies, including BARCO. The company has been very productive in recent years, despite the recession. It chose not to comment.

For more articles and images, see http://dbacon.igc.org
§
by via David Bacon 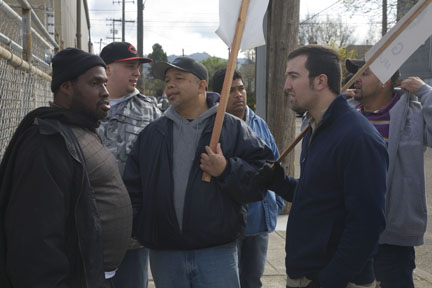 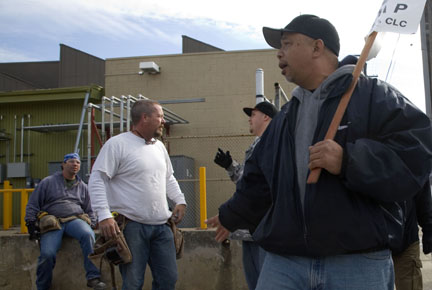 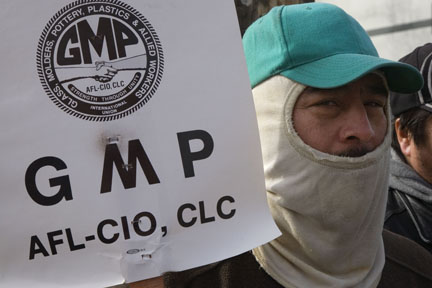 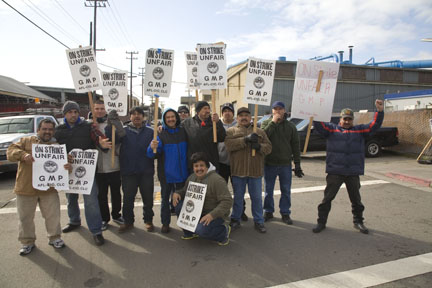 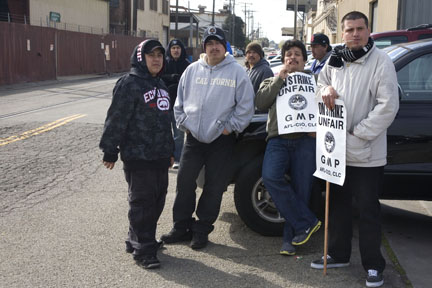 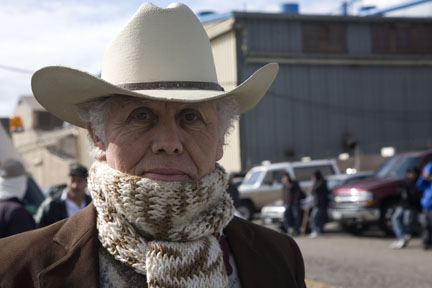 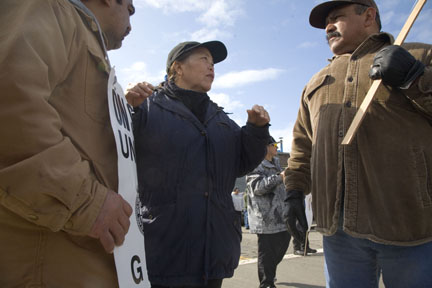 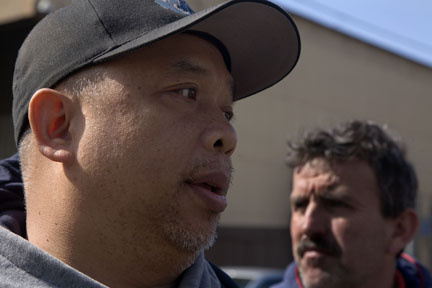 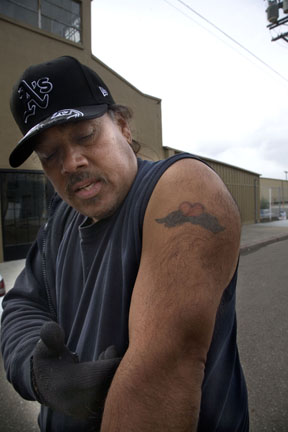 Add Your Comments
Latest Comments
Listed below are the latest comments about this post.
These comments are submitted anonymously by website visitors.
TITLE
AUTHOR
DATE
your site, sisters
.................
Foundry Workers Strike To Save Their Healthcare
David Bacon
Support Independent Media
We are 100% volunteer and depend on your participation to sustain our efforts!