by QUIT! (info [at] quitpalestine.org)
Fifty members of the Bay Area human rights community "drowned out apartheid" at Davies Hall on Sunday night 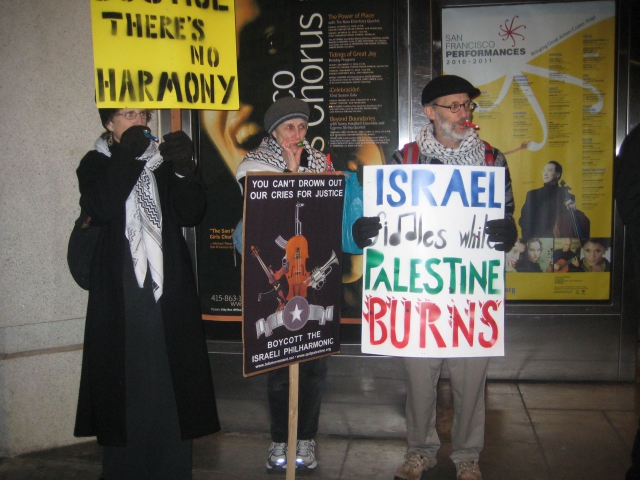 original image (1280x960)
Fifty members of the Bay Area human rights community protested the Israel Philharmonic Orchestra’s (IPO) performance at Davies Symphony Hall on Sunday evening, February 27, using chants, songs and street theater to highlight the IPO’s role in whitewashing Israel’s apartheid policies against the Palestinian people. The orchestra’s performances are being met with protests in six of the seven cities on its US tour, including a protest last Tuesday at Carnegie Hall in New York and at Seattle’s Benaroya Opera House on Saturday night.

Concert-goers were greeted with a checkpoint proclaiming “Palestinians Must Stop, Israelis Can Go Around,” modeled after checkpoints wait in the West Bank where Palestinians are frequently forced to wait for hours. The checkpoint was guarded by soldiers armed with musical instruments morphing into guns. Protesters carried signs reading, “Don’t Harmonize With Apartheid,” “Israel Fiddles while Palestine Burns,” and “Justice Presto, Not Lento.”

The protest also featured a kazoo band. Demonstrators banged pots and pans and blew whistles while chanting “drown out apartheid.”

Arla S. Ertz of the Friends of Deir Ibzi’a, one of the protest sponsors, explained, “We are here to let the Israeli government and the Israeli Philharmonic Orchestra know that they cannot drown out the Palestinian people’s cries for justice.” The US protests respond to the call from the Palestinian Campaign for the Academic and Cultural Boycott of Israel (PACBI) to boycott cultural institutions like the IPO that work to normalize Israel’s occupation of Palestinian territories and whitewash the oppression of Palestinians in Israel, the occupied territories, and in exile.

Concert attendees were given mock IPO programs featuring a cover photo of a past IPO performance in front of Israeli tanks for the Israeli army, and, on the inside, information about how the IPO promotes Israeli policies of discrimination and occupation.

The protest was met by an aggressive counter-demonstration. Numerous human rights activists were physically assaulted by counter-demonstrators and concert attendees. One fur-clad concert-goer tore up the mock program and stuffed it down the brassiere of the woman who offered it to her.

In Seattle on Saturday night, protesters stood up at the end of the performance and unfurled a ten-foot “END THE OCCUPATION” banner from seats in the center orchestra section.

By serving as cultural ambassadors for Israel, the Israel Philharmonic Orchestra is supporting the “Brand Israel” initiative, a campaign by Israel’s Ministry of Foreign Affairs to divert attention from Israel's oppression of Palestinians and “show Israel’s prettier face, so we [Israel] are not thought of purely in the context of war.” The IPO refrains from criticism of Israel's policies and is described by the American Friends of the Israel Philharmonic Orchestra as "Israel’s finest cultural emissary.” American Friends of the IPO further notes that "the goodwill created by [the IPO's] tours...is of enormous value to the State of Israel. As a result, the Israel Philharmonic Orchestra maintains its position at the forefront of cultural diplomacy and the international music scene."

The growing international movement for Boycott, Divestment and Sanctions (BDS) against Israel has gained momentum in recent years, with performers like Elvis Costello, Gil Scott-Heron, Devendra Banhart, and the Pixies all refusing to play in Israel. Folk singing legend Pete Seeger has recently announced his support for the cultural boycott of Israel (http://adalahny.org/press-releases-other/folk-music-legend-pete-seeger-endorses-boycott-of-israel). In the wake of Israel’s attack on the Freedom Flotilla last May, actors Meg Ryan and Dustin Hoffman cancelled trips to Israel in protest. The 2005 Palestinian civil society call for BDS (http://www.bdsmovement.net) until Israel respects Palestinians’ basic rights was endorsed by over 170 Palestinian civil society groups. The Palestinian BDS movement is a nonviolent campaign for Palestinian rights inspired by the international boycott campaign that helped to abolish apartheid in South Africa.
END_OF_DOCUMENT_TOKEN_TO_BE_REPLACED
§Faux Program
by QUIT! 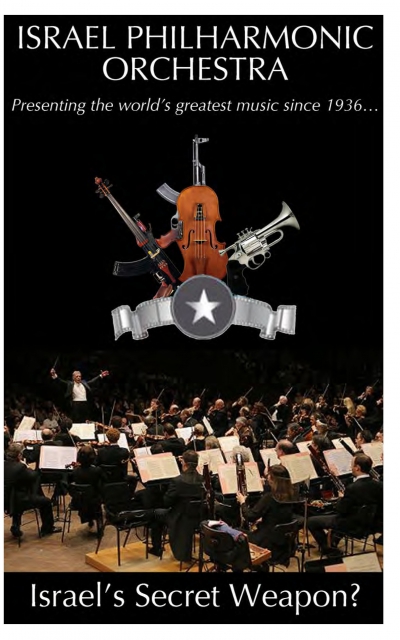 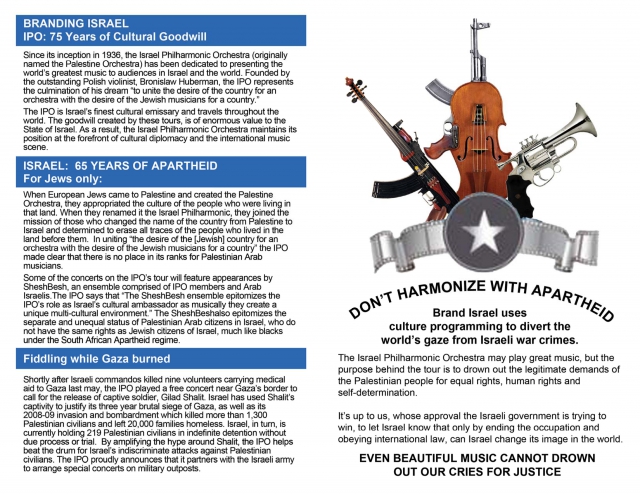 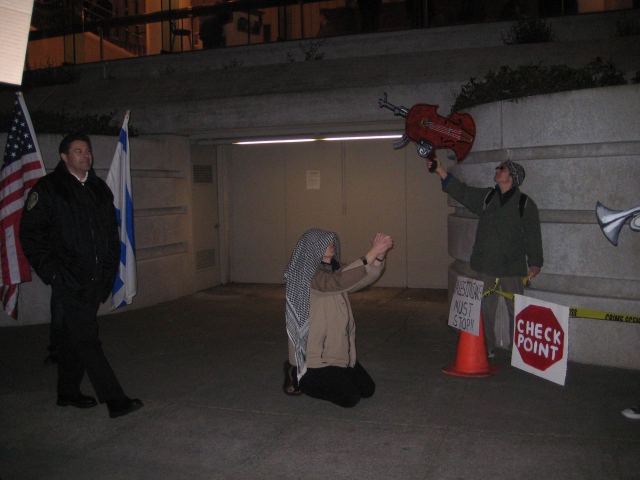 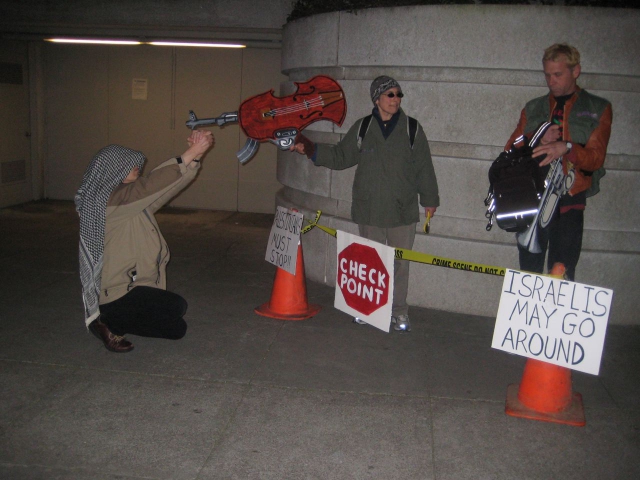 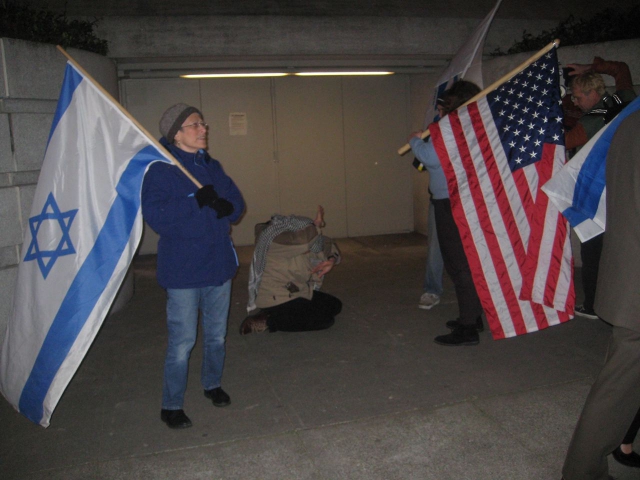 original image (1280x960)
END_OF_DOCUMENT_TOKEN_TO_BE_REPLACED
§Can't Drown Out Our Cries for Freedom
by QUIT! 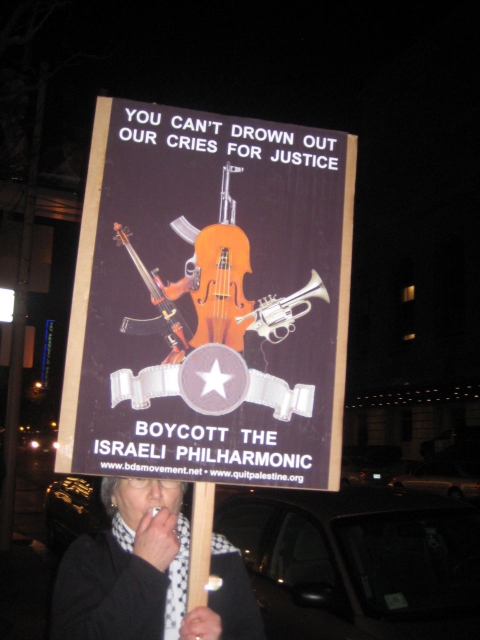 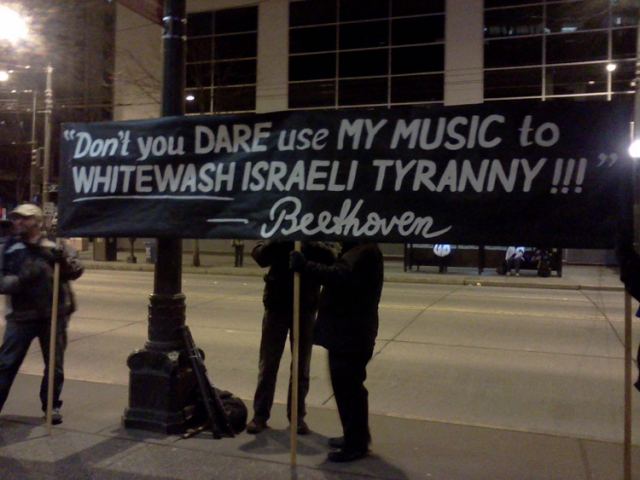 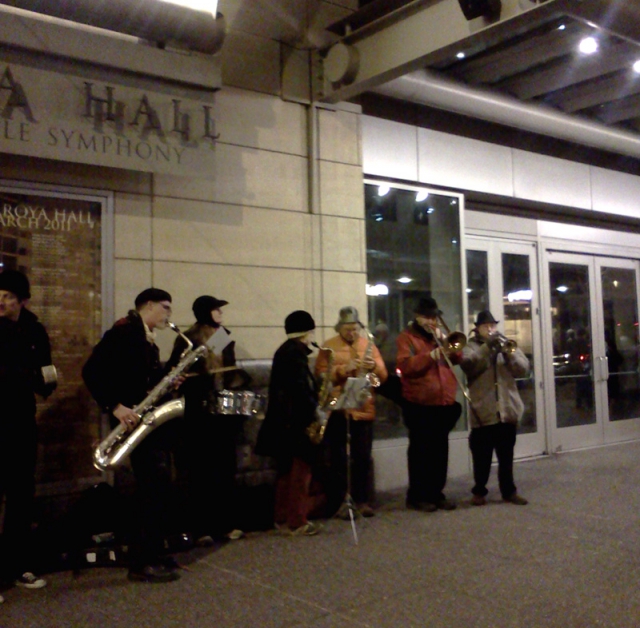 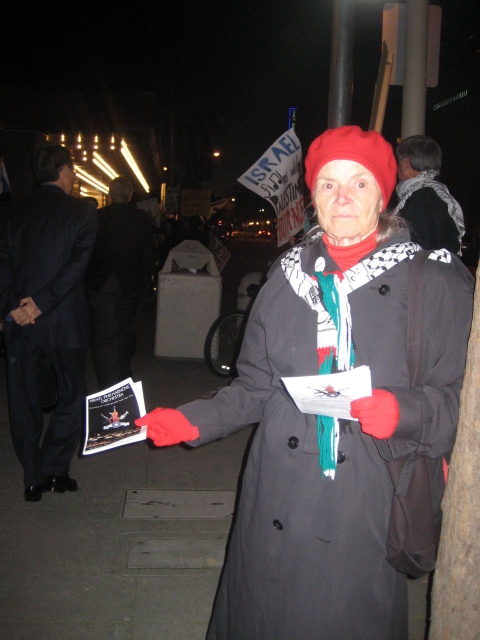 original image (960x1280)
END_OF_DOCUMENT_TOKEN_TO_BE_REPLACED
Add Your Comments
Support Independent Media
We are 100% volunteer and depend on your participation to sustain our efforts!