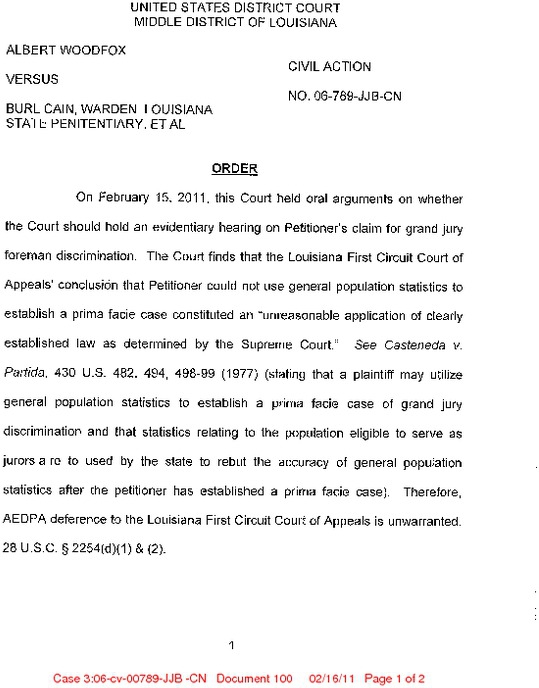 Download PDF (47.0KB)
The hearing on Tuesday went so well that Brady has already ruled in our favor, granting Albert an evidentiary hearing on the issue of discrimination in the selection of the Grand Jury foreperson (see attached short 2 page ruling). The presumption that discrimination occurred is now technically in our favor and this hearing will be the State's chance to rebut it. Timelines are still being worked out but most likely the hearing will be scheduled by summer.

This is a small but important step towards again overturning Albert's unjust conviction. A huge congrats to the legal team for the months of unexpected legal work it took them to get us back to this stage of the game. Thanks to a brilliantly argued case, the court is better poised to again give Albert yet another chance at freedom than it was when this process began.

First, and most important, is that this Saturday, Feb. 19th is Albert's 64th birthday. What a lovely gift this ruling is. Here is his mailing address in case you want to send him a card :)

Just a reminder in case you will be in the DC area or have friends or colleagues who might, that next Wednesday, February 23rd at 7pm at West End Cinema the A3 film will be screened as a part of the Human Rights Watch Traveling Film Festival. Robert will speak following the event.
http://www.angola3news.com
Add Your Comments
Support Independent Media
We are 100% volunteer and depend on your participation to sustain our efforts!