Marin Voice: SmartMeters and the Architecture of Democracy

by repost
Democracy depends upon the informed consent of the governed, and the SmartMeter program has subordinated the will of the people to a tyranny of technology. The members of the CPUC are appointees of the governor, not elected officials. 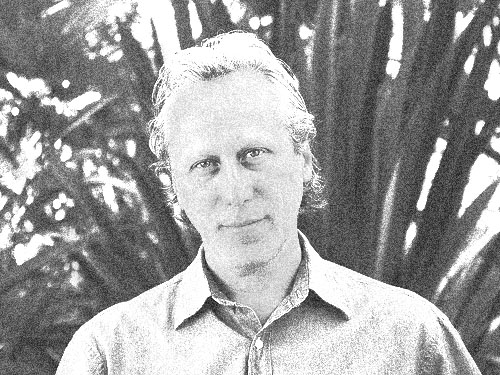 In recognition of the growing dissatisfaction with the program, the Marin Board of Supervisors unanimously passed its own moratorium on Jan. 4.

While PG&E and other industry proponents have generated a massive public relations campaign to convince consumers of the green virtues of Smart-Meters, the program's benefits are largely conjectural.

Construction and operation of the multibillion dollar system will itself require a great deal of energy. Those same billions could have instead constructed thousands of rooftop solar installations which would generate energy and jobs.

The claimed energy savings are based on the assumption that consumers will reduce energy consumption if they are able to monitor usage and if they are forced to pay higher rates for power used during peak hours.

But SmartMeters do not provide real-time data that can be used to adjust ongoing consumption. And many thousands of ratepayers, from seniors to stay-at-home moms, cannot avoid peak time rates.

They will simply face higher bills. Hence it's fair to say that the one thing that the Smart-Meter program will make greener are the pockets of utilities and their shareholders.

More troubling is the manner in which SmartMeters have been foisted upon our communities.

In spite of the potential adverse health impacts of the system's pervasive electromagnetic field, the California Public Utilities Commission approved it without an environmental impact report.

PG&E did not consult with local governments when installing individual SmartMeters and have ignored local ordinances in constructing the network of high-powered antennae, which receive and retransmit the signals pulsed by them.

PG&E's stealth installation violates longstanding laws which require utilities to cooperate with local agencies and negates the ability of residents to have any input in a decision that many believe pose risks to their health and property rights.

There is a growing consensus that the SmartMeter program will erode privacy rights.

The ebb and flow of gas and electrical power reveals a great deal about the private details of our daily lives. The SmartMeter program will generate an unprecedented database of confidential information vulnerable to hacking and misuse.

There are also questions about whether PG&E is committed to safeguarding privacy.

After PG&E participated in a series of public meetings in Fairfax, it was discovered that it had engaged in a systematic effort to spy on citizen's groups by infiltrating e-mail exchanges under false pretenses.

SmartMeter proponents boast about the system's technological prowess but have failed to consider whether it fits within the architecture of our democracy.

Democracy depends upon the informed consent of the governed, and the SmartMeter program has subordinated the will of the people to a tyranny of technology. The members of the CPUC are appointees of the governor, not elected officials.

By ignoring local ordinances, the unelected CPUC is effectively repealing rules and regulations that have been democratically legislated.

The scale of California's economy and the diversity of its communities require an energy policy that balances technical performance with democratic accountability.

Accountability can only be assured if consumers demand the choice to opt out of the wireless SmartMeter program and are given a meaningful voice in the creation of a truly sustainable energy system.

The planet and our democracy will be the better for it.

Lawrence Bragman, a local attorney, is a member of the Fairfax Town Council.
END_OF_DOCUMENT_TOKEN_TO_BE_REPLACED
Add Your Comments
§Come to Green Sunday this weekend for discussion on 'Smart' Meters (2/13)
by Green
Green Sunday, February 13th, 5 – 6:30 pm

The Scandal of Smart Meters and PG&E: Beyond the Greenwash

In this presentation, we will cover the major issues surrounding Smart Meters, including their threat to health (from their microwave radio frequency radiation), their invasion of privacy (in gathering hourly data about private lives), their easy hackability, and their violation of basic democratic rights. We will also refute the spurious claims to their environmental benefits and energy-saving capability.The installation of Smart Meters without consent represents a degree of corporate impunity possible only with government complicity. The Smart Meter program, as an expression of corporate control, stands in opposition to democratic and community rights, most directly expressed by denial of a right to refusal. It also represents a fundamental violation of the precautionary principle. Already large numbers of people have become ill after Smart Meters were
installed near their living environment (e.g. headaches, nausea, ear ringing, heart palpitations etc). We will describe the meters themselves, the movement that has arisen against them, some of the immediate health effects, and the overall politics of this new form of grid (the “Smart Grid”). We will also discuss the research on the impact of non-thermal radiation on humans, animals, plant life, and those who have Electro-Hypersensitivity.

Steve Martinot is a writer, human rights activist, and retired lecturer from San Francisco State Univ., living in Berkeley. He has done union, community, and anti-war organizing for most of his life.

Marti Kheel is an ecofeminist scholar and activist and author of Nature Ethics: An Ecofeminist Perspective. Currently she is a visiting scholar at U.C. Berkeley, Division of Society and the Environment.

Alexander Binik, an environmental health educator and licensed psychotherapist, is also Executive Director of the DE-Toxics Institute in Fairfax.

Sarah Reilly is a Certified Nutritionist and founder of Get Nourished, a Holistic Nutrition Practice that serves clients globally. She has advanced certifications in functional endocrinology, functional blood chemistry and brain chemistry with a special interest in inflammation and autoimmunity. She has had Electro Hypersensitivity since 2003 and has been studying the physiological impacts of Electro Magnetic Radiation on human physiology for the past 3 years.

DIRECTIONS: One block north of Alcatraz on the West side ofTelegraph, wheelchair accessible. Buses pass by regularly. Ashby BART is approximately 7 blocks away.

SPONSOR: Green Sundays are a series of free programs & discussions sponsored by the Green Party of Alameda County. They are held on the 2nd Sunday of each month. The monthly business meeting of the County Council of the Green Party of Alameda County follows at 6:45 p.m. Council meetings are always open to anyone who is interested.
END_OF_DOCUMENT_TOKEN_TO_BE_REPLACED
Add a Comment
§hourly rate
by 0
Can you explain whether they actually changed billing to different rates at different times of the day? I thought they were installing these meters, but that the bill should be the same as before if the meter works, which implies that they didn't change daytime vs. nighttime rates.
Add a Comment
Support Independent Media
We are 100% volunteer and depend on your participation to sustain our efforts!