Newswire
Calendar
Features
Home
Donate
From the Open-Publishing Calendar
From the Open-Publishing Newswire
Indybay Feature
Publish to Newswire
Add an Event
Related Categories: California | Police State & Prisons
The Out-of-State Transfer Scam
by Boston Woodard (c/o mikerhodes [at] comcast.net)
Sunday Feb 6th, 2011 3:44 PM
Boston Woodard continues to write about conditions from inside the prison industrial complex. Prison officials have take away his typewriter, so he is now sending articles (like the one below) out written in long hand. The staff of the Community Alliance newspaper in Fresno, Ca transcribes, copy edits, and posts the articles to Indybay. 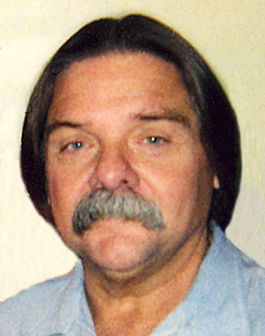 The California Department of Corrections and Rehabilitation (CDCR) is again making a mad dash over the borders with large numbers of prisoners in an expensive attempt to reduce overcrowding within its 33 state prisons.

Out-of-state transfers are the topic of many conversations on prison yards now. Prisoners throughout the state are being “reclassified” at special committees for evaluation to see if they meet the “criteria” to leave the state. Some prisoners want to transfer, but many do not want to be housed hundreds or thousands of miles from their friends and families.

Transferring prisoners out of state to “private prisons” began in 2006 (not part of an existing interstate compact agreement California has had with several other states for years) as “one way” to help reduce the grossly overpopulated prison system. It is a well-known fact that California’s bulging prison capacity is due to the amalgamation of tough sentencing laws, political right-wing extremists’ fearmongering with the help of dirty prison officials and a guard’s union with a fat coffer it intends to keep that way.

The out-of-state transferring fiasco by the CDCR does not mean California’s prison population is being lowered. What it means is California’s prisoners are being spread out across the country. California taxpayers are still paying through the nose to house these thousands of prisoners whether they are in a California pen or a private prison in some other state. The millions of California tax dollars spent on maintaining out-of-state prisoners are not only leaving the state but the money is also flowing into the economies of multiple states throughout the country. This offers no help to California’s deficit crisis.

It likely costs more to house prisoners out of state, as they are required by law to be flown or bused back to California to parole, back to the same neighborhoods (counties) where they were sentenced.

The transfers to private prisons in multiple states is part of a so-called remedy to reduce overcrowding, which was found to be the “principle” cause of deplorable medical care within California’s prison system, and the “preventable” deaths of approximately one prisoner per week.

When questioned by U.S. Supreme Court Justice Sonia Sotomayor about when the CDCR will begin delivering adequate constitutional (medical) care to state prisoners, Carter G. Phillips, attorney for the state/CDCR blurted, “There is no specific time frame. I mean, obviously we believe that we are entitled to a reasonable opportunity to comply with the receivers (court appointee overseeing the CDCR’s medical crisis) orders and
to bring ourselves ultimately into compliance with the
Constitution.”

The court reminded Phillips that the CDCR repeatedly defied, stalled or ignored more than 70 lower court orders over the past several years. Phillips pretty much hedged his response with a typical CDCR rhetorical response.

Donald Spector, attorney for the “Appellees” (prisoners/Plata), spoke to the court about California’s prison population declining, slightly, by about 10,000 prisoners. “Most of that decline has been due to transfers to out-of-state (private) prisons,” said Spector.

Another rumor that has been circulating in many prisons is that tens of thousands of California prisoners will be released “early” as a result of a modification to the “85%” sentencing law (an emanation from the Three Strikes law) to “50%” or “half time.” Not going to happen, at least not now. If such a sentence modification did occur, it would in all likelihood be for nonviolent offenders and it would not be retroactive.

According to Spector’s testimony at the Supreme Court, “It’s a population crowding reduction order. The court is not ordering the state to throw open the gates of it’s door (sic) and release people. They can reduce crowding through more transfers to out-of-state.” The Supreme Court will decide what to do with the Schwarzenegger v. Plata case sometime this spring.

Many prisoners in the California Correctional Center (CCC) in Susanville believe this new push to transfer as many prisoners as possible to other states is prompted by the latest Supreme Court look at the Schwarzenegger v. Plata case. In a November 2010 meeting at Susanville, it was recorded in the minutes of that meeting that “Out of State Transfers: The CDCR in Sacramento controls out-of-state transfers. A list of inmates eligible for transfer is sent to each of the institutions. No flexibility any more when it comes to transfers. Camp eligible inmates will not be transferred; Level II/III CCC inmates not eligible for camp (fire camps) are being transferred. CDCR’s goal is to transfer 10,000 inmates out-of-state by year end, and next year (2011) to expand the number to 15,000. With a new governor and administration, we’ll need to wait and see what happens next.”

The Susanville meeting minutes went on to read, “The out-of-state facilities provide webcam visits to help inmates maintain ties with loved ones far away.” Oh right, that’ll make everything much better! California prisoners are forced to transfer out of state, separated from their families who had been physically visiting them to maintain the best connection possible under the circumstances. Now, the family members of prisoners will get to see them on a computer screen from thousands of miles away. Way to go CDCR authorities; that’s really going to help maintain family ties! Sadistic bent comes to mind.

The CDCR is scurrying to make it appear it is headed toward some semblance of compliance with the court orders. Prisoners who were (a year or so ago) ineligible to meet the out-of-state transfer criteria are now candidates for the move. The CDCR is becoming desperate because of the latest pressure on them. No telling what other scanty methods they will come up
with next.

When transfers began in 2006, the first prisoners targeted were “foreign nationals.” Many of these prisoners were ill-prepared to fight the transfers because of a language issue, not understanding their rights or whether the arbitrary transfers specifically targeting them were legal. Appeals were filed and lawyers from various sources—private firms, law schools and other pro bono counsel—stepped up to assist the targeted prisoners.

Less than a year later, in mid- to late 2007, the out-of-state transfer eligibility criteria were changed to include non-foreign nationals. Some groups of prisoners such as lifers, those with medical issues or pending surgeries and prisoners with active (pending) court litigation were placed on exemption status and remain in California.

There are mixed feelings among prisoners selected, processed and then forced to transfer. Some want to go for the “change.” Others want to go to get out of California’s piss-poorly run, sub-constitutionally run and corrupt prison system. Many deal with these realities to remain close to home and family.

One prisoner, Chris, said he was classified by the committee overseeing the transfers at the CCC as “qualified” for transfer. According to Chris, he has six months remaining on his sentence. He figures, based on what happened to others who were transferred with little time left, that he will “transpack” (pack his property for transferring) in three or four weeks and be taken by bus to a southern California prison. From there, Chris will be bused (again) or flown to a private prison in Arizona where prisoners are sorted out at a “reception center” and then
transferred to other states.

By the time Chris arrives at his designated (for-profit industrial complex) private prison, he will pretty much have to re-transpack his property, only to be shipped back to California due to the mandatory return policy. This action experienced by Chris will repeat itself possibly thousands of times with others throughout California’s massive prison system. How long will it continue? How many tens of million dollars will be wasted?

This transferring and hiding prisoners in other states is an ongoing smoke-and-mirrors shell game by the CDCR to make it appear that it is complying with the courts. These out-of-state transfers are an expensive ruse in an effort to dupe Californians and the courts into believing that these transfers will make the unnecessary deaths and medical neglect by an incompetent and ineffectual prison health care system go away. Interesting.

The federal courts should consider backing up buses to the front doors of the CDCR headquarters in Sacramento and ferry off some of those folks. Maybe then the California prison system will begin to recover from decades of administrative failure.
*****
Boston Woodard is a prisoner/journalist serving his sentence in Susanville State Prison. Boston has written for the San Quentin News and the Soledad Star and edited The Communicator.