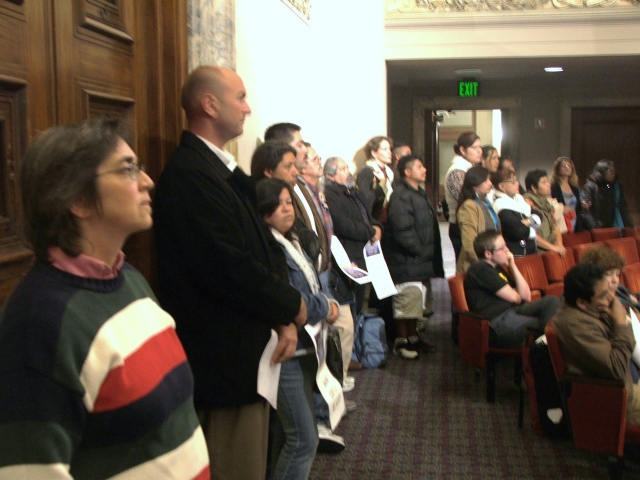 OAKLAND – The Oakland City Council voted to implement a municipal identification card at its meeting, Tuesday, November 9, 2010. By unanimous vote, the Council instructed the city administration to begin issuing identification card to residents who are unable to obtain a California Drivers License or California State I.D.

Residents will have to present proof of address, such as a utility bill, or a letter of support from a homeless shelter, in order to obtain an Oakland I.D.

The Oakland identification card is widely supported by immigrant rights advocates. The card, which is produced by a private vendor, has the digital capability to also be utilized for financial transactions as well, though the Council has not decided on that yet.

The administrative ordinance establishing the Oakland I.D. was co-sponsored by Mayor-elect, Councilmember Jean Quan, and Councilmember Ignacio de la Fuente. Quan said that the ordinance is a result of a long process to meet the needs of city residents without identification. De la Fuente, in arguing not to wait on decisions about using the cards capabilities to begin issuing the cards said, “this is a social justice issue and justice delayed is justice denied.”

Quan spoke with interest about potential future uses for the card. Among the uses under consideration are a proposed Oakland alternative currency, called the ACORN, which could be used to purchase goods and services in Oakland.

Forty-five people signed up to speak on behalf of the Oakland I.D. at the meeting. Nobody spoke in opposition.

Wilson Riles, Jr., of the Oakand Community Action Network, led a large contingent of speakers who spoke in favor of not only the Oakland I.D., but the proposal for the ACORN currency. Merchants said that the ACORN could stimulate local businesses, and could be used to pay for city services, while community activists said it could create more jobs, while recirculating money within Oakland.

Quan said that there is also a possibility that the ACORN could be used to pay part of the salaries of Summer Interns, and, subject to research and negotiations with city employee unions, even regular city employees. That would potentially save the city U.S. Dollars, which could be used to fund other things.

Development of the ACORN still has a long way to go. In the meantime, the Oakland I.D. lays an infrastructure for it, while providing immigrants and others with valuable identification.
§Wilson Riles, Jr. spoke in favor of Oakland I.D. and proposed ACORN currency.
by Jonathan Nack Thursday Nov 11th, 2010 2:25 PM 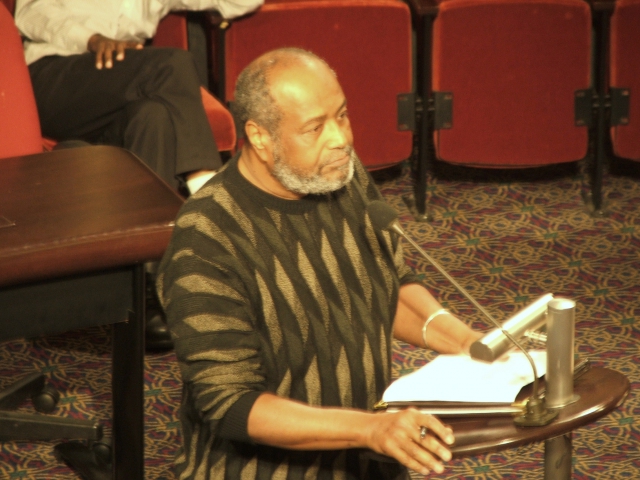 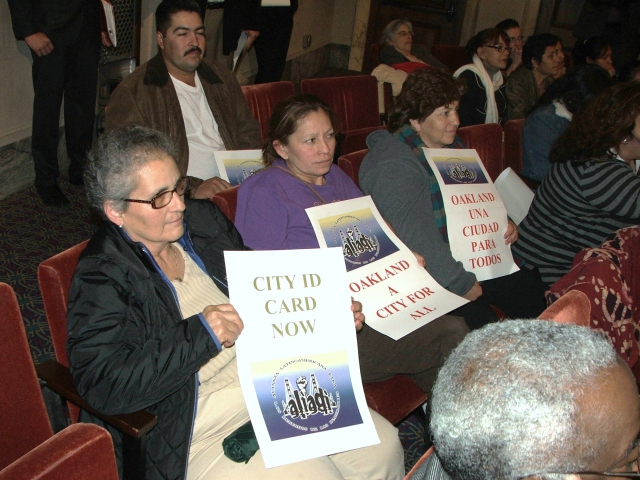 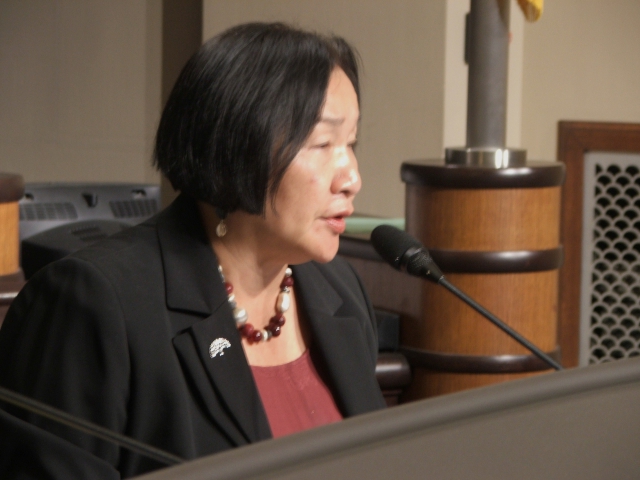 original image (2272x1704)
Oakland City Council meeting, Nov. 9, 2010
Photo: Jonathan Nack
Add Your Comments
Support Independent Media
We are 100% volunteer and depend on your participation to sustain our efforts!