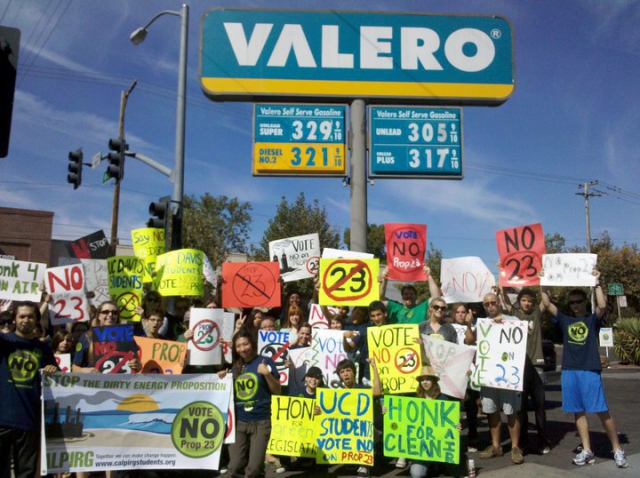 Proposition 19 VOTE YES
This proposition legalizes marijuana for people who are 21 or older who do not possess it in a school yard or consume it in public or in front of minors. The war on drugs ruins far more lives than marijuana. Vote yes on Proposition 19 and legalize it!

Proposition 20 VOTE NO
Moves redistricting from the legislature to an even less democratic appointed commission that contains five Republicans, five Democrats, and four people from neither party. This would not be a step forward. What would be a step forward that would help bring some democracy to America would be moving a way from winner takes all elections in districts and instead instituting proportional representation where parties are represented according to the percentage of votes they receive. No on Proposition 20.

Proposition 22 VOTE NO
Would prohibit the state from using local “redevelopment” funds for state projects. Those “redevelopment” projects consist of subsidies, at tax-payer expense, for private developers building things like hotels, stadiums, and auto-malls. It would make this fund that is already currently used for welfare to the rich a sacred cow that can’t be touched for other projects. This proposition would prevent the state from reshuffling those funds for needed and unneeded programs alike, including schools, cops, welfare to the poor, and firefighting. There is no good reason to make these funds the sacred cow of wealthy developers that can’t be used for the general welfare of the rest of us. No on proposition 22.

Proposition 24 VOTE YES
Would repeal recent corporate tax loopholes on corporations raising $1.3 billion in needed revenues. This is what is needed, taxing the rich to pay for the wages and benefits of workers and to pay for education and other needed social programs. Vote yes on 24.

Proposition 26 VOTE NO
Would require a 2/3rds vote for state and local fee approval. Vote no on 26 for the same reasons as voting yes on Prop 25.

Proposition 27 VOTE YES
Would move all redistricting back to the legislature from an appointed commission that contains five Republicans, five Democrats, and four people from neither party. This would be a step forward in that it would remove power from an appointed commission that undemocratically enshrines control to the Democrats and Republicans for redistricting and undemocratically gives those two parties equal power, no matter who the voters have chosen. While passing Proposition 27 is slightly better than having no Prop 27, a real step that would help bring some democracy to America would be getting rid of districts altogether and eliminating winner takes all elections, replacing it with a system of proportional representation where parties win their number of seats in elections according to the percentage of votes they get.

Measure H VOTE NO
Would increase utility taxes on everyone, including the working class and most poor people, from 7% to 8.5%, with the repressive and bloated Santa Cruz Police listed as the intended top beneficiary.

Measure Z VOTE YES
Would allow the Aromas-San Juan Unified School District in Monterey County and Santa Cruz County to borrow money to continue to fund some of the needs of public education and to pay outstanding loans of the district.

Santa Cruz City Council:
Because no candidate is a socialist, and our problems will only be resolved through socialist measures and workers’ democracy, Liberation News is endorsing no candidate for Santa Cruz City Council, not even critically. The rightwing line-up for Santa Cruz City Council is so bad that only one candidate, of 8 running for 3 seats, has said that he opposes the anti-poor laws of Santa Cruz that make it illegal for those who can’t afford a roof over their heads, to sleep at night. His name is Steve Pleich, and as usual, for any candidate who takes a stand for human rights for the homeless, including active participation in protests by the homeless, his candidacy has been marginalized by the corporate media and by a lack of funding from the local petty bourgeoisie who support the city’s anti-homeless laws, oppose rent control, and opposed increasing the minimum wage.

Proposition AA VOTE NO
Additional vehicle registration fee of $10 to fix potholes and other road work. This is a regressive tax, tax the rich instead.

Proposition A VOTE NO
This is an earthquake retrofit bond. Bonds, while profitable for capitalists, are a horribly expensive way to fund projects.

Proposition B VOTE NO
Would bring about cuts to health and retirement plans of City workers.

Proposition G VOTE NO
An attack on the pay, benefits, and work rules of Muni transit workers

Proposition I: VOTE YES
Moves voting to Saturdays, a better day for the working class

Proposition J VOTE NO
Hotel tax increase from 14% to 16% and clarifies that that travel agencies booking rooms must pay the required taxes and clarifies that people living in residential hotels are not required to pay the taxes. While labor unions support this tax, it is a regressive tax increase instead of a tax on the rich with those paying it including working class visitors and the homeless. And, as much as it may be popular to tax visitors, there is a point where San Francisco’s high hotel taxes will have a negative impact on the already lagging tourist industry.

Proposition K VOTE YES
Hotel tax clarification. This proposition does not increase taxes, but instead clarifies that that travel agencies booking rooms must pay the required taxes and clarifies that people living in residential hotels are not required to pay the taxes.

Proposition L VOTE NO
This is an anti-homeless no sitting or lying on the sidewalk law very similar to laws passed by the City Council of Santa Cruz. Stop criminalizing poverty! No on Proposition L.

Proposition M VOTE NO
Community policing and foot patrols. This is proposed as an alternative to Proposition L. Yet, police violence and harassment of the homeless and people of color is already a major problem. An increase in the police presence would cause more problems and is not the solution. While the capitalist government adopts more and more to police state measures against the poor, it is important to remember that only a socialist society can eliminate homelessness

Proposition N VOTE YES
Would increase the tax rate of real estate sold with a value of $5 million or more. This is a progressive tax, vote yes on N.


Summary you can print-out and bring to the election booth: