Will George Bush Come to San Francisco to see Rangers vs the Giants; Keep Posted Sportfans

by Citizens Arrest
George Bush used to own the Rangers. He wants to come so bad. How much notice will we get so we can give a heartfelt welcome. 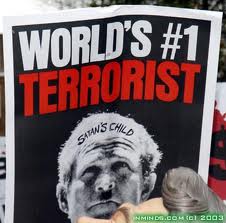 If the Harken deal was a smaller scale version of the accounting scandals at WorldCom, Enron and other firms, Bush’s purchase and sale of the Texas Rangers baseball team reveals other characteristic features of the past several decades of American capitalism: the plundering of public assets for private gain, the confluence of political and economic power, the defrauding of the American people.

By the time he cashed out in 1998, Bush’s return on his original $600,000 investment in the Rangers was 2,400 percent. Where did all of this money come from and what did Bush do to get it? Much of the story was first reported nationally by Joe Conason in a February, 2000 article for Harpers Magazine. A report from the public interest group, Center for Public Integrity, and recent columns on July 16 in the New York Times by Paul Krugman and Nicholas Kristof have filled in some of the details.
A free stadium, and some choice land on the side

The same factors that propelled Bush virtually overnight from failed oil man to wealthy corporate executive—family connections and the desire of rich Texas businessmen to exploit the Bush name—opened the way for him to buy a stake in the professional baseball team. Bill DeWitt, part owner of Spectrum 7, which had bought Bush’s own company several years earlier and then later sold out to Harken, offered the son of the then-US president a chance to join in a bid for the Rangers. In 1989 a deal was reached in which Richard Rainwater, a wealthy Texas financier, joined Bush and several other investors in buying the team.

Bush himself did not have a large fortune at the time, and only bought a two percent share, financed with a $500,000 loan from a bank on whose board of directors he had once served. Bush used the proceeds from his questionable sale of Harken stock to repay this loan.

Bush’s formal title was “managing partner.” He served essentially as a public face, whose main responsibility was to attend the home baseball games. Edward Rose, another wealthy Texas investor and Rainwater’s associate, was responsible for the actual business operations of the team.

The top priority for the new Rangers owners in increasing the value of their holdings was to acquire a new stadium. They had no intention of paying for the stadium themselves, so they threatened to move the team if the city of Arlington did not foot the bill. The city government readily agreed to a generous deal. Reached in the fall of 1990, it guaranteed that the city would pay $135 million of an estimated cost of $190 million. The remainder was raised through a ticket surcharge. Thus, local taxpayers and baseball fans financed the entire cost of the stadium.

Moreover, the owners were allowed to buy back the stadium for a mere $60 million, which was deducted from ticket revenues at a rate of no more than $5 million per year. The Rangers syndicate was also given a property tax exemption and sales tax exemption on products purchased for use in the stadium. City residents ended up subsidizing these tax breaks for the Rangers owners by paying higher local rates.

This plan was sold to Arlington voters with Bush’s help. At the end of the day, the owners of the Rangers, including Bush, got a stadium worth nearly $200 million without putting down a penny of their own money.

But the boondoggle did not end there. As part of the deal, the Rangers syndicate got a sizable chunk of land in addition to the stadium. This land naturally increased in value as a result of the stadium’s construction.

To oblige the owners, Ann Richards, the Democratic Governor of Texas at the time, signed into law an extraordinary measure that set up the Arlington Sports Facilities Development Authority (ASFDA), which was granted the power to seize privately owned land deemed necessary for stadium construction.

According to documents obtained by the Center for Public Integrity, the Rangers owners would locate a piece of land they wanted, offer a price far below the market value, and if the owners of the land parcel refused, bring in the ASFDA to condemn the land.

Kristof notes, “As part of the deal, the city would even confiscate land from private owners so that the Rangers owners could engage in real estate speculation.” According to court documents, one of the Rangers owners saw a piece of valuable land and sent off a memo with the words: “[S]ounds like another condemnation candidate if you want to work the site into your master plan.”

In 1990, Bush himself let the cat out of the bag regarding this “master plan” when he told a reporter for the Forth Worth Star-Telegram, “The idea of making a land play, absolutely, to plunk the field down in the middle of a big piece of land, that’s kind of always been the strategy.” Several home-owners who did not appreciate getting the short end of Bush’s “land play” brought lawsuits against the Texas Rangers, for which they were eventually awarded a total of $11 million.

Conason writes, “Never before had a municipal authority in Texas been given license to seize the property of a private citizen for the benefit of other private citizens... On November 8, 1993, with the stadium being readied to open the following spring, Bush announced that he would be running for governor. He didn’t blush when he proclaimed that his campaign theme would demand self-reliance and personal responsibility rather than dependence on government.”
How a governor made $15 million from his own appointee

The tale of the Texas Rangers does not end with Bush’s ascendancy to the position of Texas governor in 1994. While he placed all his other assets in a blind trust, Bush held on to his stake in the Rangers until a man named Tom Hicks bought the team in 1998. The significance of this sale requires a brief detour down another path in Bush’s business career.

Thomas Hicks is a rich Texas financier and leveraged buyout specialist. One of the wealthiest individuals in Texas, he is chairman and chief executive of Hicks, Muse, Tate & Furst, a conglomerate that invests in a variety of companies. After Bush won the gubernatorial election, Hicks transferred his allegiance from the Democrat Richards to the Republican Bush. According to Conason, though Hicks had originally supported Richards, he gave Bush a $25,000 “campaign contribution” one month after Bush had won the election. Hicks would eventually become one of Bush’s biggest supporters.

Richards had earlier named Hicks to the University of Texas Board of Regents, but this appointment had to be supported by Bush for it to go through. Not only did Bush agree to the appointment, he did something more. He gave the financier enormous latitude to use the university’s assets—which are supposed to be public funds—to invest in ventures of his own choosing.

Bush accomplished this through the establishment in March 1996 of the University of Texas Investment Management Company (UTIMCO), to which $9 billion of the school’s assets were handed over. UTIMCO would be technically separate from the regents, but would remain under their—and, in particular, Hicks’—control. While the Board of Regents as a whole technically had the power to oversee Hicks, it invariably went along with his decisions.

Unlike the Board of Regents itself, UTIMCO was not required to open its meetings or publish its activities, and was thus freed of public oversight. This was an unprecedented action. According to UTIMCO’s own website, it is “the first external investment corporation formed by a public university system.” UTIMCO has control over the University’s extensive land and oil holdings (currently valued at about $7.5 billion) as well as its General Endowment Fund.

The other regents appointed by Bush were all staunch Republican Party supporters, including Donald Evans, Bush’s close personal friend who would later become chairman of the University of Texas Regents when Hicks stepped down. Evans was Bush’s finance chairman in the 2000 presidential campaign, and is now secretary of commerce in Bush’s cabinet. In the early 1990s Bush served as an outside director at Evans’ company, Tom Brown, Inc. Bush made $300,000 when he sold his shares in Tom Brown before becoming governor.

The investment decisions of UTIMCO were made largely in secret, though subsequent research has uncovered some of the areas to which the funds were directed. In 1995, $10 million went to the Carlyle investment group, which has close ties with the Republican Party and the Bush family. The chairman of Carlyle is Frank Carlucci, former secretary of defense under Ronald Reagan. Also linked to Carlyle is James Baker III, former secretary of state under the elder Bush. George W. Bush’s father has worked for Carlyle, and the younger Bush served in the early 1990s on the board of directors of Caterair, a company that was acquired by Carlyle in 1989.

Among the other beneficiaries of Hicks’ generosity was the KKR 1996 Fund, a subsidiary of Kohlberg Kravis Roberts, the leveraged buyout firm that became notorious during the 1980s for its aggressive acquisitions that left target companies nearly bankrupt. The KKR 1996 Fund received $50 million. Henry Kravis, the company’s founding partner, is a major benefactor of the Republican Party and was a financial co-chairman of the elder Bush’s re-election campaign in 1992.

UTIMCO invested another $20 million in a deal involving the Bass family, which became extraordinarily rich with the help of Richard Rainwater, who had joined Bush in the Texas Rangers deal. The Basses were also involved in Harken Energy. After Harken received an extraordinary deal granting it oil-drilling rights off the coast of Bahrain, it called in the Bass brothers to finance the preliminary exploration. According to a report by the Center for Public Integrity, the Bass family is George W. Bush’s fifth largest career patron.

These are only a handful of the deals organized by Hicks, which by no means benefited only Bush’s friends—they also benefited Hicks. UTIMCO invested in a number of companies that had or were about to begin relations with Hicks’ own firm. When Hicks stepped down in 1997 and handed over the post to Donald Evans, the same investment pattern continued.

Hicks ended up buying the Texas Rangers from Bush and Bush’s fellow investors in 1998. The price was $250 million, three times what Bush & company had paid for it.

In and of itself, this transaction would have given Bush a return of a little over $2 million. However, at some point during Bush’s tenure as managing partner of the Rangers, his fellow owners significantly increased his stake in the team, free of charge. This netted Bush an extra $13 million when the team was sold. Much of this gift presumably came from the main stakeholder in the team, Rainwater, who benefited financially in numerous ways during Bush’s tenure as governor.

Krugman notes in his July 26 New York Times column that at one point the Texas teachers’ retirement system sold several buildings to a company controlled by Rainwater for a $70 million loss, without allowing other investors to bid on the sale.

Such was the manner in which George W. Bush acquired his fortune—a classic example of how political power and inside connections can be leveraged into personal wealth, at the expense of public assets.
END_OF_DOCUMENT_TOKEN_TO_BE_REPLACED
§Bush Catching Shit
by Citizens Arrest 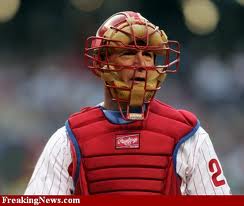 END_OF_DOCUMENT_TOKEN_TO_BE_REPLACED
§Why Bush Ought to be Catching Shit
by Citizens Arrest 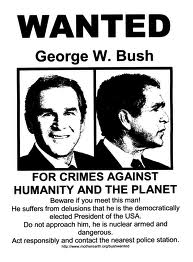 END_OF_DOCUMENT_TOKEN_TO_BE_REPLACED
Add Your Comments
Latest Comments
Listed below are the latest comments about this post.
These comments are submitted anonymously by website visitors.
TITLE
AUTHOR
DATE
Oh, please, oh please, oh please
Peace Witch
So when is Bush coming?
freedom fighter
Why Obama Should Be Catching Shit Too
&
Support Independent Media
We are 100% volunteer and depend on your participation to sustain our efforts!