Add an Event
Newswire
Calendar
Features
Home
Donate
From the Open-Publishing Calendar
From the Open-Publishing Newswire
Indybay Feature
Publish to Newswire
Add an Event
Related Categories: California | Labor & Workers
CA Insurance Commissioner Candidate Padilla Calls For Investigation And Charges
by Dina Padilla
Sunday Aug 15th, 2010 9:03 PM
Department of Insurance Commissioner Candidate Padilla is calling for an investigation by San Diego District Attorney Bonnie Dumanis, California Insurance Commissioner Steve Poizner along with Dave Jones candidate for the department and all other candidates for this office to support an investigation of the Poway Toyota dealership owners and managers for workers compensation fraud. The workers have been contaminated by mold. 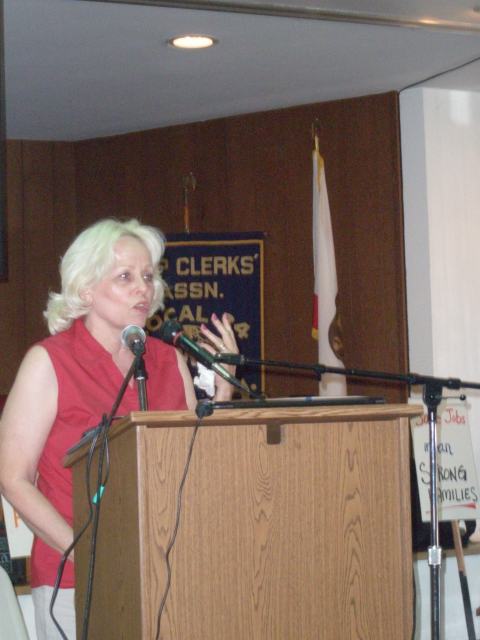 Padilla stated "The issue of illness from mold is a growing problem for working people and the public in California. The cover-up by employers, the insurance industry and unscrupulous property owners, property managers and builders to deny liability for mold illness must end." Candidate Padilla also said "We cannot allow companies and their workers’ compensation insurers to shift their financial responsibility for the illnesses caused by their actions onto the taxpayers of California".

8/16/2010 Sacramento - Dina Padilla, candidate for California Insurance Commissioner, is calling for the investigation leading to potential prosecution of Toyota of Poway dealership owners Vincent Castro and Troy Duhon along with general manager Rick Gallegher for workers’ compensation insurance fraud. Candidate Padilla’s website is http://www.padilla4insurancecommissioner.com/index.htm
Current evidence strongly indicates the Poway car dealers knowingly exposed many of their employees at the dealership to a contaminated environment. The workers say they have been sickened from the health hazard of mold at the place of business. At least one employee, who complained about the health and safety problems in the Poway building, has been intimidated into silence. “This is an outrage and it is illegal.” Padilla said.

An OSHA Complaint Filed Against Toyota of Poway Dealership may be read at: http://moldtruth.wordpress.com/

Padilla warned that tens of billions of dollars in healthcare costs are now being shifted to public agencies and state and federal disability programs as a result of this type of scamming the system. This has been enabled by the Schwarzenegger deregulation of workers’ compensation insurance in 2004, Senate Bill 899. Under the platform of “Workers Comp Reform”, this bill was supported by nearly all the Democrats and Republicans in the legislature. Fifty billion dollars have been given to private sector business in the name of workers’ comp “reform”. California and its taxpayers are now twenty billion dollars in debt.
"When private insurers and employers game the workers comp system, it is the public who eventually gets stuck with the bill. This is because disabled workers and their families end up getting their healthcare and income from SSI and other public agencies. Their income is reduced or they lose it entirely so they cannot contribute by way of taxes. We can no longer allow these employers and insurance companies to rip-off the people of California," Padilla stated. "The issue of illness from mold is a growing problem for working people and the public in California and nationwide. The cover-up by employers, the insurance industry and unscrupulous property owners, property managers and builders to deny liability for mold illness must end."

Padilla is also calling for the removal of the American College of Occupational and Environmental Medicine (ACOEM) regulations concerning mold from California health policies. "ACOEM is a trade group of workers comp physicians with a long history of representing the interests of insurance companies, drug corporations and employers in California and in other states. Well connected and well funded, they have been able to insert regulations into California law that is adverse to public health and safety.

These regulations have no scientific basis and protect only the profits of the insurers. They provide no protection, treatment or restitution for injuries and illnesses due to mold. The conflict of interest and systemic corruption in California and the resultant destructive legislation has harmed the people of California and must be overturned. I will work for the removal of ACOEM rules in workers compensation laws and will fight to protect all Californians who are sickened by mold on the job and in their homes." ACOEM writes the workers’ compensation guidelines for the state under SB899.

Padilla is also calling for an investigation of the false claims made by ACOEM of their purportedly scientific proof of lack of causation of illnesses when mold is found in homes, schools and working environments; and of their close affiliation to the US Chamber of Commerce’s identical stance on the matter that was written by the same authors. This call to action by Padilla has been made to the California Department of Justice, headed by Jerry Brown. Brown is the 2010 Democrat candidate for California governor. If elected and in that capacity, he will also be President of the Regents of the University of California (UC). According to Padilla, "the ACOEM’s and the US Chamber’s white papers, that employers and workers comp insurers use nationwide as a purported scientific reason to deny liability for illnesses caused by mold, carry the UC name in validation of the purported, state of the art, environmental science of the US Chamber of Commerce et.al."

"When misrepresentation is used to give insurers unfair advantage by misleading California and US courts, that is blatant insurance fraud, interstate,” Padilla said. “ACOEM has well paid company doctors who provide incorrect reports that justify denying healthcare and benefits for injured workers and the public. This organization needs to be investigated for corruption and lying to the American people about environmental health threats to protect the profits of it's funders. They are aiding corrupt insurance companies to limit liability and assisting the numerous affiliates of the US Chamber of Commerce to game the public in order to help the Chamber’s members," said Padilla. 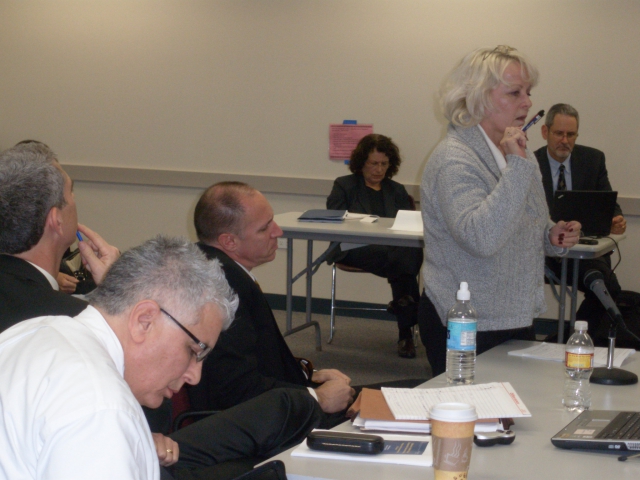 original image (2048x1536)
Dina Padilla has challenged the corruption of the insurance industry and the cover-up by enforcement agencies
http://www.padilla4insurancecommissioner.com
Add Your Comments
Support Independent Media
We are 100% volunteer and depend on your participation to sustain our efforts!