Some one hundred supporters rallied on October 9 for the court appearance of Francisco Torres, the last of the SF 8 defendants to face charges. San Francisco Supervisors John Avalos and Eric Mar joined the rally. Five of the SF 8 were present – in addition to Francisco Torres, Ray Boudreaux, Richard Brown, Hank Jones, and Richard O'Neal participated in the enthusiastic picket line.

In a brief hearing before a packed courtroom, Judge Philip Moscone set a status conference for December 3 to pick a date for oral argument on the motion to dismiss the charges. The judge’s decision was welcomed by the defense, as until now Moscone had indicated that he would not hear a motion to dismiss until the preliminary hearing had been completed. MORE 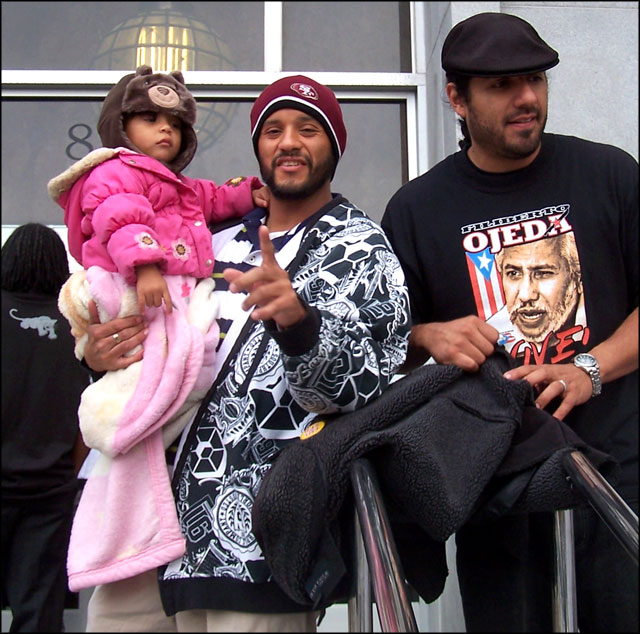 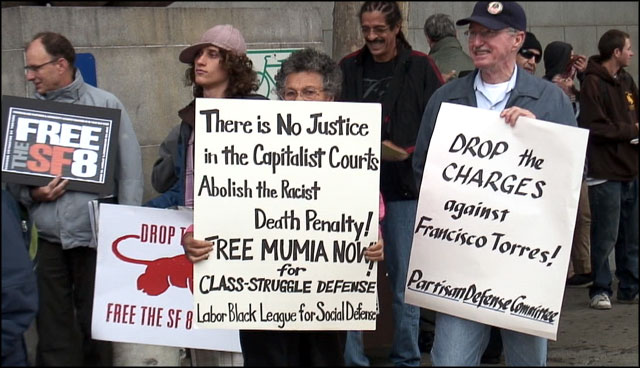 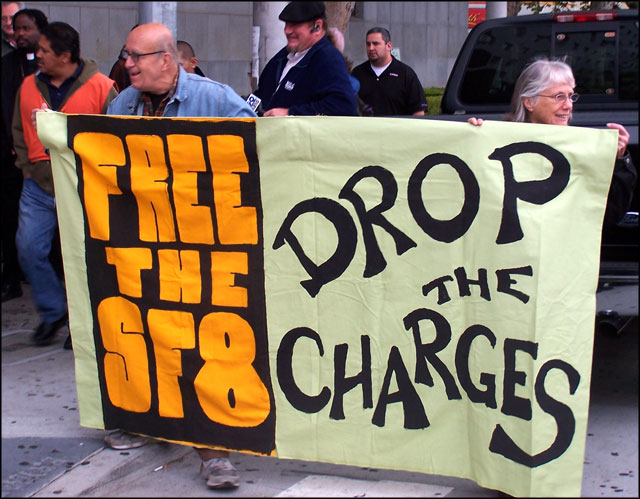 http://www.freethesf8.org/
Add Your Comments
Support Independent Media
We are 100% volunteer and depend on your participation to sustain our efforts!