Add an Event
Newswire
Calendar
Features
Home
Donate
From the Open-Publishing Calendar
From the Open-Publishing Newswire
Indybay Feature
Publish to Newswire
Add an Event
Related Categories: East Bay | Global Justice & Anti-Capitalism | Health, Housing & Public Services
Antioch Block Party Report Back (anarchy content)
by Antioch Arrow (antiocharrow925 [at] hotmail.com)
Saturday Jun 20th, 2009 10:16 PM
Today, June 20th, we held a great block party in Antioch, Ca. The party was organized by members of the Antioch Arrow crew and other residents of our block. We had an awesome time and our comrades from Modesto Anarcho helped out by tabling. I was greatly appreciative to everyone who showed up. 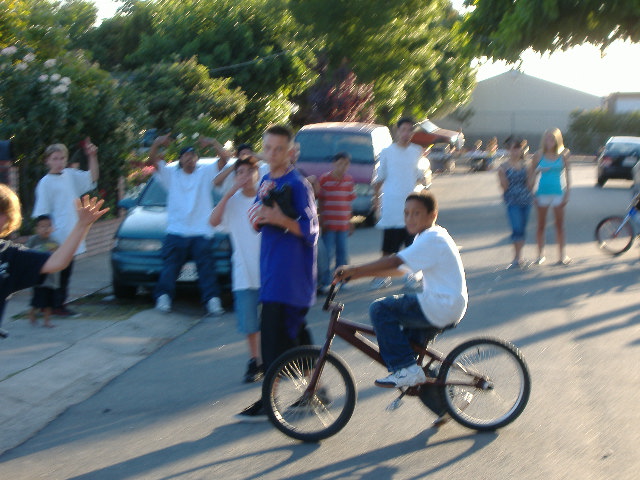 Today, June 20th, we held a great block party in Antioch, Ca. The party was organized by members of the Antioch Arrow crew and other residents of our block. We had an awesome time and our comrades from Modesto Anarcho helped out by tabling. I was greatly appreciative to everyone who showed up.

There were hot dogs, soda, pork rinds, corn, iced tea, chips, salsa a bunch of other food and of course a jumpy house and a P.A., that bumped awesome hip hop all day. We had about 70-100 people come in and out all day, the vast majority of them lived on the block.

Everyone is still coming up to us telling us what a great time they've had, sharing their stories of police harassment and dissatisfaction with society, hatred of work and of the police. People also helped out by providing music, letting us use their freezers, they helped barbeque, set up and tear down the jumpy house and more.

This was a really fun event.

This is not something for us to glorify or valorize ourselves, nor is it to cast a cloud condescending rhetoric at all of those who were not invited. It is merely to echo our position.

None of us are specialists in anything else than wanting of autonomy, and for any sentient being, that isn't anything new or unique.

This event went for hours without a cop showing up, and it was next to a very busy street. Usually the police would swarm on this to attempt to give us a noise ordinance violation, check people for drugs, ID anyone they could and to show us who is really running the show. But they didn't. It could be a lucky break, or a reflection of the budget cuts, lay offs, deficit and ineffectiveness of the police in our neighborhood. A reflection of our opportunity to live communism and to spread anarchy.

We did not have to implore those of us who we feel are the most emboldened or most articulate to speak. We let the material condition of our lives be our commonality and let the sounds of our amazement, laughter and experiences be our affinity.

Two nights ago someone got jumped across the street, as the police were questioning someone a person (who I can assure is not “political”, nor a self identifying anarchist, but apparently just a bad ass) hunched over and began to let the air out of the tires of the cruiser, while everyone clapped afterward.

Many of those who were there that night were there today, and will be here tomorrow. They are not transients looking to “help on our project”, they are themselves their own autonomous projects.
I will let this be a model for myself, and to those who find resonance with this report back, to never again let ourselves be bogged down in the quagmires of subcultural activism, or anarcho activism. We merely represented ourselves, and offered what we felt comfortable offering to the liberating experience of what we can call participatory communism. Even though there is not a need in this neighborhood to ever use such a term, because it is evident, it will be given to the intellectuals out there who need something to define our interactions by. I don't think I'll ever use it again.

*the pictures were taken when there was a low amount of people there, but the kids were having fun boxing and listening to lil wayne. We thought the boxing was a bit dumb because it seemed like a kind of overly masculine thing to be doing, but we were really excited to see this young woman start throwing hands. She knocked that kid on his ass at one point, at which point she got bunch of high fives and props from everyone. I didn't get that picture though.
http://www.myspace.com/925arrow
§
by Antioch Arrow Saturday Jun 20th, 2009 10:16 PM 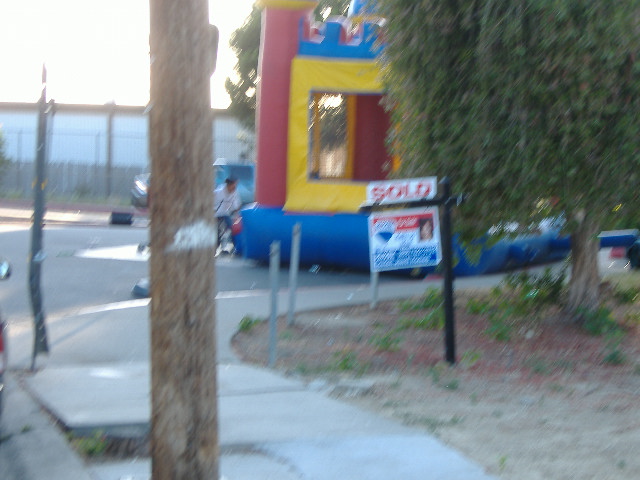 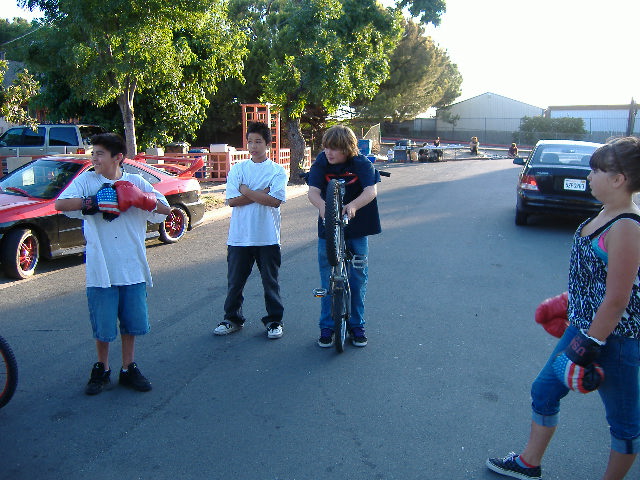 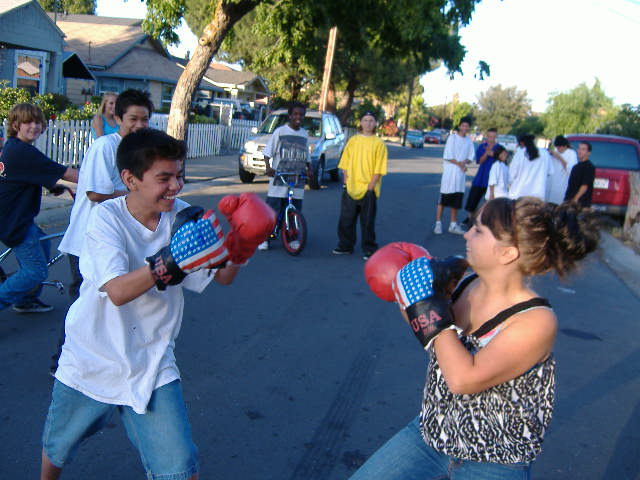 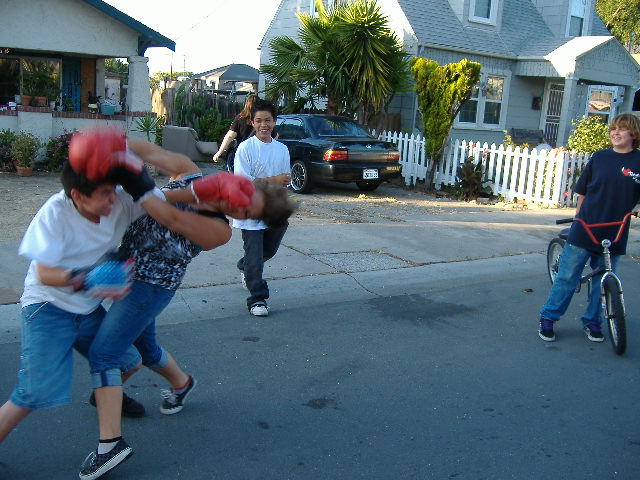 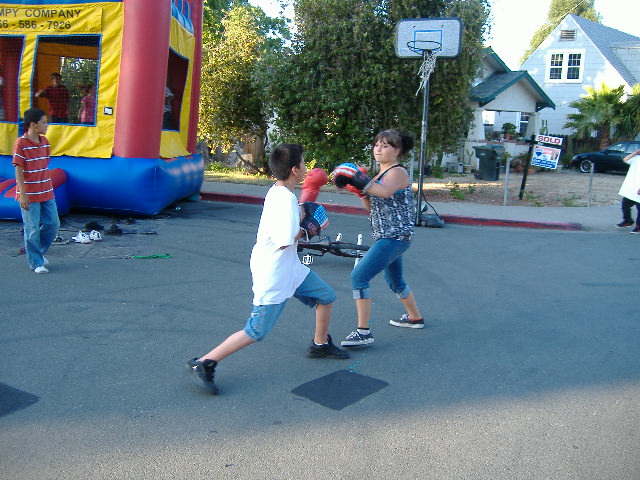 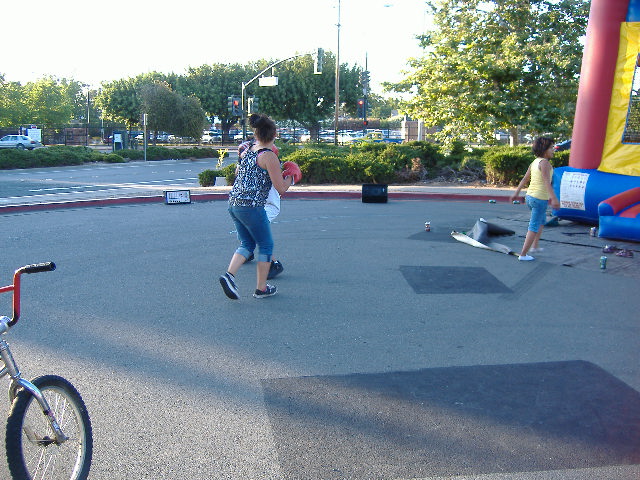 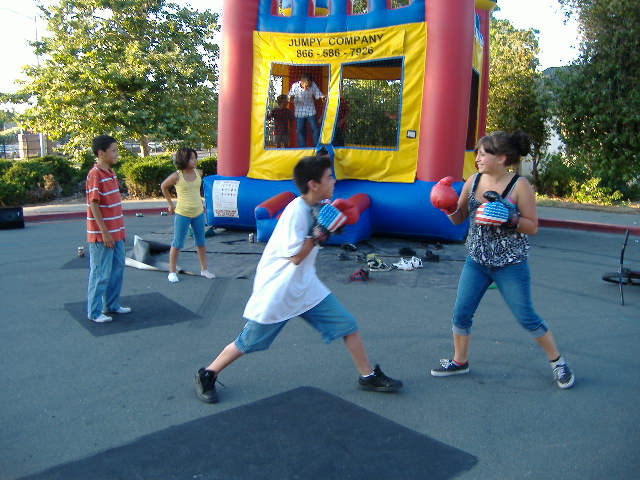 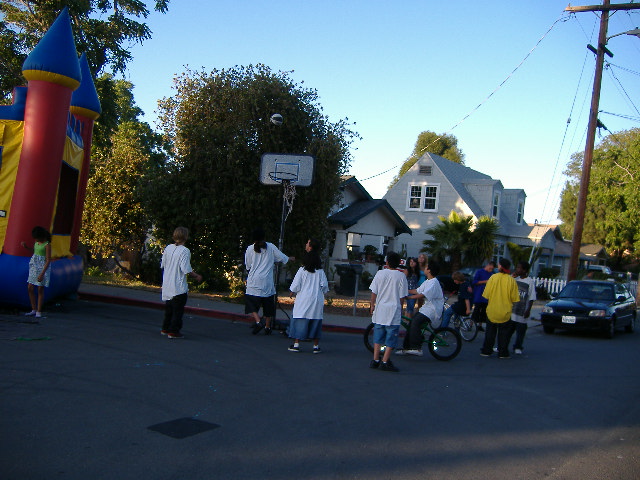 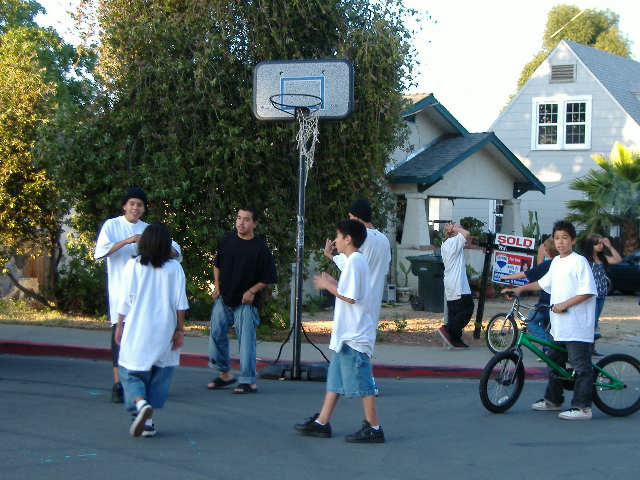 http://www.myspace.com/925arrow
Add Your Comments
LATEST COMMENTS ABOUT THIS ARTICLE
Listed below are the latest comments about this post.
These comments are submitted anonymously by website visitors.