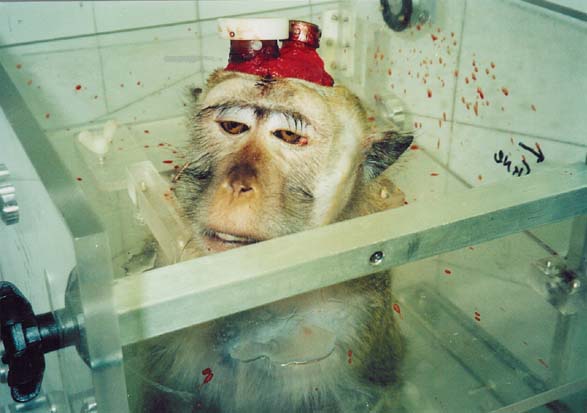 1 Dianne Feinstein has funneled over 1 billion
in contracts to her husband Richard Blum's URS
... just one of his companies to which she
has funneled money stolen from the people of
America. She has also with our money helped him
profiteer from bankster foreclosures.
http://www.metroactive.com/feinstein/
She was forced to resign from the military construction
appropriations subcommittee because of her
criminal acts but is still head of the intelligence
committee! though she deliberately falsified
intelligence and voted, unlike most Democrats,
to give the unelected Bush authority to rain fire
and death on Iraq.
http://news.aol.com/elections-blog/2...rom-committee/
2 She was a tool of the Israeli government in claiming falsely in 2002
that Saddam Hussein had nuclear weapons.
http://www.fpif.org/fpiftxt/5764
3. She opposes assault weapons in the US while
voting for 30 billion dollars a year for assault weapons, fighter jets, and other armsmongering
for the fraudulently installed Netanyahu government.
4. As chair of Senate intelligence
committee while Carl Levin is the chair of
the Senate armed services committee how can
she objectively monitor the Mossad infiltrated CIA?
5. She lost 2 mayoral elections and only the murder
of Harvey Milk (played in the movie by Sean Penn) by the troubled White and her appointment to replace
him gave her political office.
6. Her dual role as a puppet of the Israeli agenda
and a US citizen makes her unqualified to hold
office. She should be impeached immediately. God
make it so.
7. NPR (National Pentagon Radio) and other
neocon media regularly
promote her in news stories and hide the truth.
8. Her husband's role as chairman of the Univ of
Calif. Board of Regents has helped make that state the most
aggressive denier of the 1st amendment for
peaceful protesters against UC vivisection.
9. Feinstein has many times violated the sovereign
will of the people of California, ignoring their
overwhelming support for immediate withdrawal
from Iraq and Afghanistan.
10. California fires have burned out of control
while the state guard's firefighters have been
requisitioned for Iraq and Afghanistan where
they cause fires.
11. California bridges are in terrible shape while
money to repair them has instead been spent to
bomb bridges in Baghdad and Afghanistan.


Richard C. Blum is an investment banker and the husband of Dianne Feinstein. He is the Chairman and President of Blum Capital, an equity investment management firm . Blum is also chair of the University of California Board of Regents and a Director of several companies, including CB Richard Ellis.

Blum founded Blum Capital in 1975 and pioneered the firm’s hybrid Strategic Block/Private Equity investment strategy. Mr. Blum currently serves as Chairman of the board of directors of CB Richard Ellis and is a director on the boards of directors of three other portfolio companies: Fairmont Raffles Holdings International Ltd., Current Media, L.L.C. and Myer Pty Ltd. in Australia. Mr. Blum co-founded Newbridge Capital in the early 1990s and is Co-Chairman of TPG Asia V, L.P. (the successor fund to the Newbridge franchise that has been incorporated into Texas Pacific Group). In the past, Mr. Blum has served on the boards of many prominent companies, including Northwest Airlines Corporation, Glenborough Realty Trust, Inc., Korea First Bank, URS Corporation and National Education Corporation. In addition, Mr. Blum is active in numerous non-profit organizations. He is the founder and Chairman of the American Himalayan Foundation and is Honorary Consul to Mongolia and Nepal. Mr. Blum also serves as a member of the Advisory Board of the Haas School of Business at the University of California at Berkeley.

Prior to founding Blum Capital, Mr. Blum was with Sutro & Co. for seventeen years, holding various positions including director, major stockholder and member of the executive committee.

SEN. Dianne Feinstein has resigned from the Military Construction Appropriations subcommittee. As previously and extensively reviewed in these pages, Feinstein was chairperson and ranking member of MILCON for six years, during which time she had a conflict of interest due to her husband Richard C. Blum's ownership of two major defense contractors, who were awarded billions of dollars for military construction projects approved by Feinstein.

As MILCON leader, Feinstein relished the details of military construction, even micromanaging one project at the level of its sewer design. She regularly took junkets to military bases around the world to inspect construction projects, some of which were contracted to her husband's companies, Perini Corp. and URS Corp.

Perhaps she resigned from MILCON because she could not take the heat generated by Metro's expose of her ethics (which was partially funded by the Investigative Fund of the Nation Institute). Or was her work on the subcommittee finished because Blum divested ownership of his military construction and advanced weapons manufacturing firms in late 2005?

The MILCON subcommittee is not only in charge of supervising military construction, it also oversees "quality of life" issues for veterans, which includes building housing for military families and operating hospitals and clinics for wounded soldiers. Perhaps Feinstein is trying to disassociate herself from MILCON's incredible failure to provide decent medical care for wounded soldiers.

Two years ago, before the Washington Post became belatedly involved, the online magazine Salon.com exposed the horrors of deficient medical care for Iraq war veterans. While leading MILCON, Feinstein had ample warning of the medical-care meltdown. But she was not proactive on veteran's affairs.

Feinstein abandoned MILCON as her ethical problems were surfacing in the media, and as it was becoming clear that her subcommittee left grievously wounded veterans to rot while her family was profiting from the occupations of Iraq and Afghanistan. It turns out that Blum also holds large investments in companies that were selling medical equipment and supplies and real estate leases—often without the benefit of competitive bidding—to the Department of Veterans Affairs, even as the system of medical care for veterans collapsed on his wife's watch.

As of December 2006, according to SEC filings and http://www.fedspending.org, three corporations in which Blum's financial entities own a total of $1 billion in stock won considerable favor from the budgets of the Department of Defense and the Department of Veterans Affairs:

You would think that, considering all the money Feinstein's family has pocketed by waging global warfare while ignoring the plight of wounded American soldiers, she would show a smidgeon of shame and resign from the entire Senate, not just a subcommittee. Conversely, you'd think she might stick around MILCON to try and fix the medical-care disaster she helped to engineer for the vets who were suckered into fighting her and Bush's panoply of unjust wars.

http://www.youtube.com/watch?v=xTZTCNnrUNY
Add Your Comments
Support Independent Media
We are 100% volunteer and depend on your participation to sustain our efforts!