by Mike Rhodes (editor [at] comcast.net)
Earlier this week a video of a Fresno police officer beating a homeless man was shown by a local TV station. Responding to the publicity and public outcry over this incident, Fresno mayor Ashley Swearengin announced today that she was committed to implementing an Independent Police Auditor. Police Chief Jerry Dyer said that the incident would be investigated by the Fresno District Attorney’s office and then reviewed by State of California Attorney General. Below are two audio clips. The first (14:07 minutes) is from the Press Conference held today by Mayor Swearengin and Police Chief Dyer. 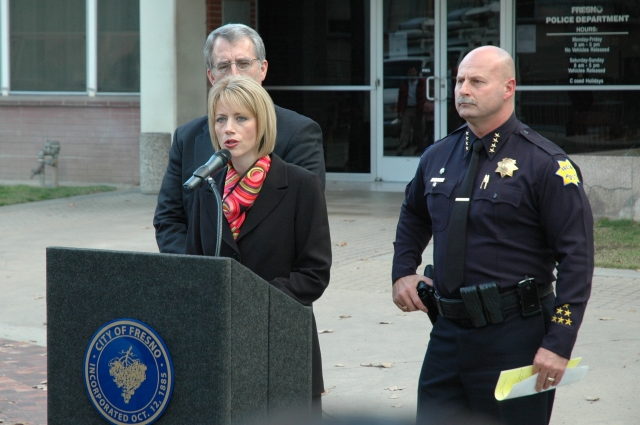 original image (2672x1777)
Background information about this incident and the original video of the beating incident is available at: http://www.indybay.org/newsitems/2009/02/10/18569420.php 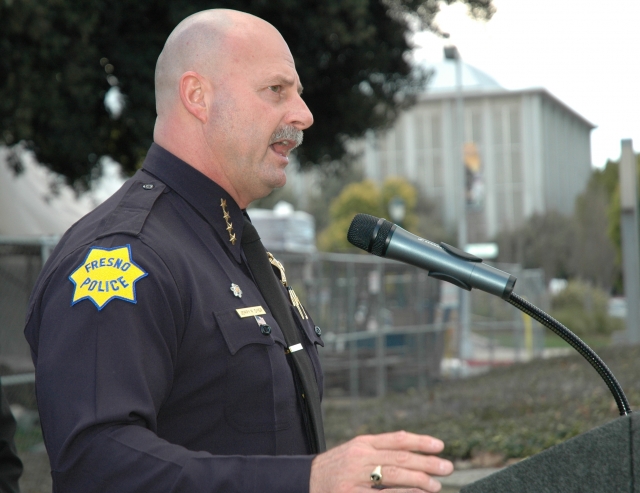 original image (2593x1998)
Jerry Dyer said “this has been a long two weeks, perhaps the most stressful two weeks I have had in my time as the chief.” A couple of weeks ago it was revealed that officers in the narcotics division of the FPD were a part of a car theft ring. They were arrested and the narcotics division was shut down. Then, on Monday of this week, a video emerged showing an officer beating a homeless man. The video went national, making this a very difficult week for chief Dyer.