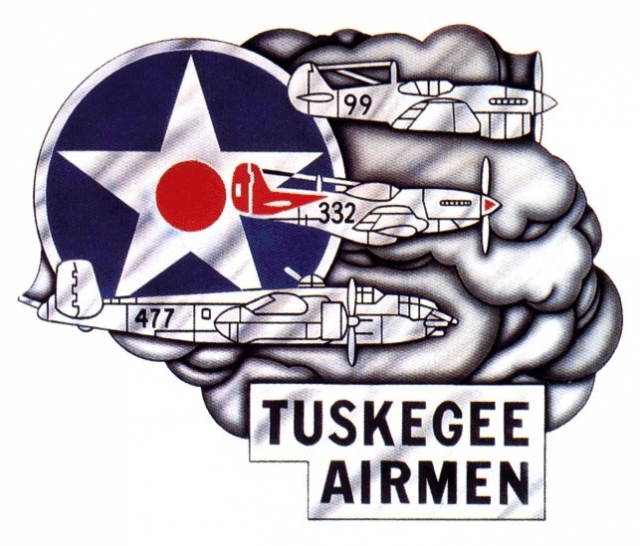 original image (643x549)
The Tuskegee Airmen were dedicated, determined young men who enlisted to become America's first black military airmen, at a time when there were many people who thought that black men lacked intelligence, skill, courage and patriotism. They came from every section of the country, with large numbers coming from New York City, Washington, Los Angeles, Chicago, Philadelphia and Detroit. Each one possessed a strong personal desire to serve the United States of America at the best of his ability.

Those who possessed the physical and mental qualifications were accepted as aviation cadets to be trained initially as single-engine pilots and later to be either twin-engine pilots, navigators or bombardiers. Most were college graduates or undergraduates. Others demonstrated their academic qualifications through comprehensive entrance examinations.

No standards were lowered for the pilots or any of the others who trained in operations, meteorology, intelligence, engineering, medicine or any of the other officer fields. Enlisted members were trained to be aircraft and engine mechanics, armament specialists, radio repairmen, parachute riggers, control tower operators, policemen, administrative clerks and all of the other skills necessary to fully function as an Army Air Corps flying squadron or ground support unit.

From 1941 through 1946, nine hundred and ninety-four pilots graduated at TAAF, receiving commissions and pilot wings. Black navigators, bombardiers and gunnery crews were trained at selected military bases elsewhere in the United States. Mechanics were trained at Chanute Air Base in Rantoul, Illinois until facilities were in place in 1942 at TAAF.

Four hundred and fifty of the pilots who were trained at TAAF served overseas in either the 99th Pursuit Squadron (later the 99th Fighter Squadron) or the 332nd Fighter Group. The 99th Fighter Squadron trained in and flew P-40 Warhawk aircraft in combat in North Africa, Sicily and Italy from April 1943 until July 1944 when they were transferred to the 332nd Fighter Group in the 15th Air Force.

The outstanding record of black airmen in World War II was accomplished by men whose names will forever live in hallowed memory. Each one accepted the challenge, proudly displayed his skill and determination while suppressing internal rage from humiliation and indignation caused by frequent experiences of racism and bigotry, at home and overseas. These airmen fought two wars - one against a military force overseas and the other against racism at home and abroad.

The airmen who did not go overseas and trained at Selfridge Field, Michigan as bomber crew in the 477th Medium Bombardment Group experienced a great deal of racism. These highly trained military officers were treated as "trainees" and denied access to the base officers' club, an act contradictory to Army regulations.

There was a rather heated reaction and the Group was transferred to Godman Field, Kentucky. The unfair treatment and hostility continued at Godman Field and in early 1945, the group was transferred to Freeman Field, Indiana where the hostilities finally reached a climax. When black officers tried to enter the Freeman Field Officers' Club, against direct orders for them to stay out, one hundred and three officers were arrested, charged with insubordination and ordered to face court martial.

The court martial proceedings were quickly dropped against one hundred of the officers; two officers eventually had their charges dropped and one officer, Lt. Roger "Bill" Terry, was convicted. Fifty years later, on August 12, 1995, at the Tuskegee Airmen National Convention in Atlanta, Georgia, fifteen of the original one hundred and three officers that were arrested received official notification that their military records had been purged of any reference to the Freeman Field incident. Also, Mr. Terry's court martial conviction had been reversed and his military record cleared. The remaining officers received instructions for clearing their records.

After the war in Europe ended in 1945, black airmen returned to the United States and faced continued racism and bigotry despite their outstanding war record. Tuskegee Army Air Field continued to train new airmen until 1946, with women entering the program in several support fields. Large numbers of black airmen elected to remain in the service but because of segregation their assignments were limited to the 332nd Fighter Group or the 477th Composite Group, and later to the 332nd Fighter Wing at Lockbourne Air Base, Ohio. Opportunities for advancement and promotion were very limited and this affected morale. Nevertheless, black airmen continued to perform superbly. In 1949, pilots from the 332nd Fighter Group took first place in the Air Force National Fighter Gunnery Meet at Las Vegas Air Force Base, Nevada.

During this period, many white units were undermanned and needed qualified people but were unable to get the experienced black personnel because of the segregation policy. The newly formed U.S. Air Force initiated plans to integrate its units as early as 1947. In 1948, President Harry Truman enacted Executive Order Number 9981 which directed equality of treatment and opportunity in all of the United States Armed Forces. This order, in time, led to the end of racial segregation in the military forces. This was also the first step toward racial integration in the United States of America. The positive experience, the outstanding record of accomplishment and the superb behavior of black airmen during World War II, and after, were important factors in the initiation of the historic social change to achieve racial equality in America. 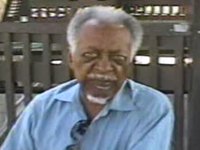 Listen to a first hand account of the way it was during the Tuskegee Experiment.
http://lcweb2.loc.gov/diglib/vhp/story/loc...
Add Your Comments
LATEST COMMENTS ABOUT THIS ARTICLE
Listed below are the latest comments about this post.
These comments are submitted anonymously by website visitors.