Add an Event
Newswire
Calendar
Features
Home
Donate
From the Open-Publishing Calendar
From the Open-Publishing Newswire
Indybay Feature
Publish to Newswire
Add an Event
Related Categories: Central Valley | Health, Housing & Public Services
City of Fresno Evicts the Homeless
by Mike Rhodes
Friday Sep 26th, 2008 12:12 PM
The City of Fresno evicted people who are already homeless, forcing them to leave the sidewalk in front of the Poverello House (a social service provider). A notice posted at the site said “the City of Fresno has received complaints concerning individuals who are loitering near or residing in temporary shelters that have been constructed in the vicinity.” Everyone I talked to said they thought that it was the Poverello House who complained and encouraged the city to evict the homeless. The photo below is Garland Jones and Edward Hanson, two homeless men who were evicted from Santa Clara street today. 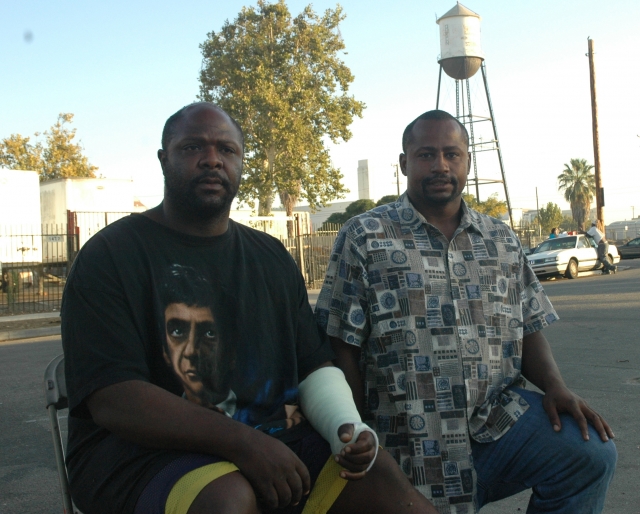 A group of homeless people were evicted from their tents and modest shelters in downtown Fresno this morning. The “Clean Up” crew, from Community Sanitation, was backed up be the Fresno Police who forced homeless residents to move from the sidewalk in front of the Poverello House on Santa Clara street. Garland Jones told me he had no other place to go. Garland said “it is depressing, I’ve got a broken arm and a broken leg and it is hard for me to even move this cart. It is a lose/ lose situation, you have to go through the pain to move everything and if I don’t I lose everything.”

Community Sanitation had posted “NOTICE OF TRESPASS AND CLEAN-UP” signs on Santa Clara a week ago. The signs noted that the “City of Fresno has received complaints” about people living on the street and warned that on Friday, September 26 at 8 AM they would conduct a “clean up” of the area.

Asked why he felt the clean up was taking place, Garland said “the Poverello and the Mission want more funding and the people that come to fund the facilities they drive by and see all of these homeless people outside and they ask the Poverello and the Mission ‘what’s going on, why are these people outside.’ They don’t have the answer for that, they don’t want to say that it is because ‘we don’t want to give them what we are supposed to.’ Basically, they just want us to move from here so they can get more money. So, they will say ‘what a good job we are doing - look, all of the streets are clean, no more homeless people. Give us more money to keep us going.’ But, really they are just pushing the homeless away from here someplace else.”

Community Sanitation did not end up taking any homeless people’s personal property on the west end of Santa Clara (near E street) today. Everyone packed up and left just before they arrived. It is expected that most, if not all of the homeless on Santa Clara street will move back this evening.

Last Friday, several homeless people who camp out on the sidewalk just south of the Rescue Mission on G street were not so lucky. Many of them had packed up there property and left it neatly stacked on the sidewalk when the “clean up” crew arrived. That property was taken to the City Yard about 2 miles away and put in storage for 90 days. The city, because of a preliminary injunction and lawsuit filed on the behalf of homeless people, no longer takes and immediately destroys property. Anything of value is now supposed to be stored for 90 days.

But, even with the court victory, the process for the homeless to reclaim their property is so difficult, it is unlikely anyone would be successful . The process, as I understand it, consists of first finding the Community Sanitation Division building on G street. The building is not easy to find. It is a part of a large complex of maze like buildings that would be hard for anyone to find. If you do locate the building and get to the right receptionist, she will tell you that you need to set up an appointment to be escorted out to where the property is located. The date and time will be about a week away. Most homeless people do not have day planners, but if they do get out there (again) on time, they will be taken to a large dumpster holding all of the property that was collected. When Cynthia Greene, a homeless woman from an encampment on G street, and I went through this “process” the property was stacked 8 feet high and the container was 20 feet long. We would have had to lift couches and other large objects to see if the property we were looking for was underneath. I had cockroaches running down my back, got filthy, and we were unable to find what we were looking for on our excursion.

It makes you wonder about the significance of the court ruling when the police and City Sanitation can still come, take, and for all practical purposes destroy homeless peoples property, without giving them a reasonable opportunity to reclaim it.

Perhaps the strangest event of this mornings “clean up” was the removal of a dog house that was outside of Tool Shed City (near G street, where the City of Fresno and the Poverello house has built tool sheds with no heating, cooling, running water, or indoor toilets). Homeless residents sometimes put their dogs in the dog house while they are at the Poverello House. The police and then Community Sanitation checked out the dog house - I guess they would have evicted a dog if he/she had been living there. They then picked up the dog house, put it into the back of a garbage truck, and destroyed it.

Since the dog house had value and belonged to someone, it might be argued that the city is in violation of the court order for having destroyed it. 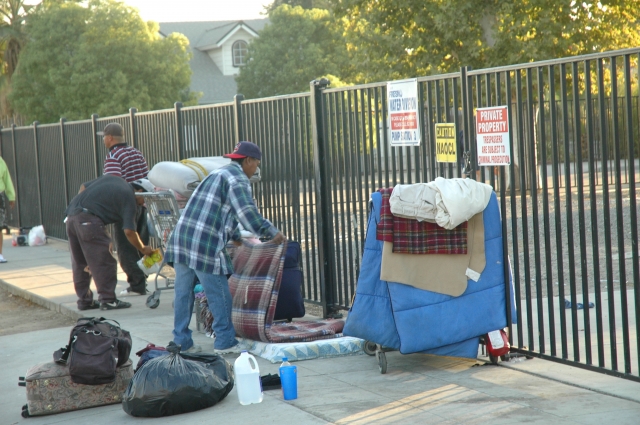 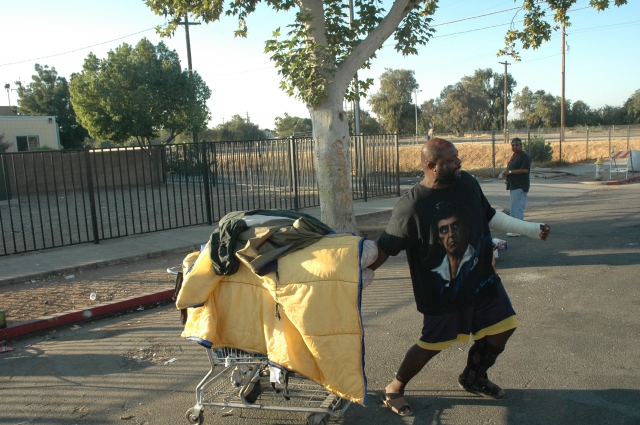 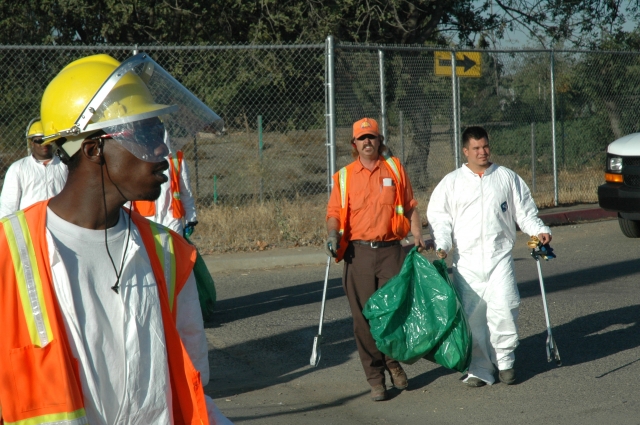 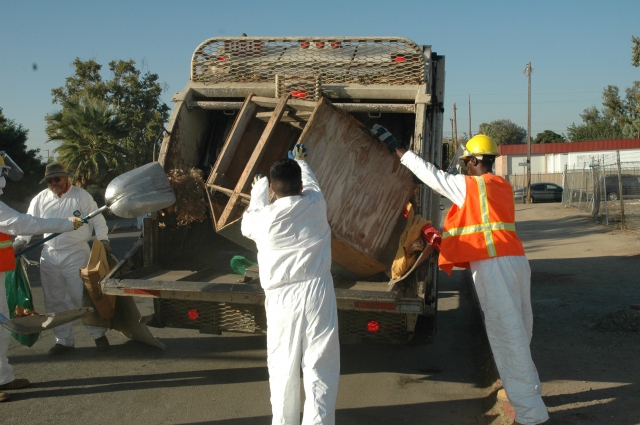